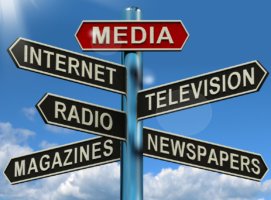 Americans are growing more distrustful of the media and college universities. And they’re perfectly right to be. It is not that everyone in the media is a liar or propagandist. Nor is it the case that all universities and college curricula are harmful propaganda either. There is much value to the media and great value to university education and certain majors. But both institutions are rightly being unclothed before the American public, especially in the past few years and, more recently, in the last few months and weeks.

Antonio Gramsci was an Italian Marxist intellectual in the early 1900s. Gramsci was among a new generation of Marxist thinkers, like Vladimir Lenin and Leon Trotsky, who broke with Marx on several key points. Thus, Gramsci was among the leading new Marxists in Europe in the aftermath of the First World War.

While imprisoned he wrote on matters relating to politics, education, and culture. One of his most famous writings dealt with the role of intellectuals in society. Know him or not, the American media and institutions of higher education have become conduits of Gramscian Marxism. According to Gramsci, the role of the intellectual was to raise the consciousness of a particular oppressed underclass, showing them—as they are incapable of achieving this enlightenment on their own—their place within the structure of society.

Per Gramscian feminism, women are incapable of realizing their supposed oppression without the media leading the way. Per Gramscian counter-racism, minorities are equally incapable of realizing their supposed oppression until the media acts as their vanguard. Per Gamscian religious understanding, religion was a barrier to the poor’s liberation until the media brought awareness to the wealth and power held by religious institutions at the exclusion of the laity. All things considered, there is a certain irony involved in upperclass Whites leading the revolutionary vanguard to awakening the oppressed underclasses needing to be awakened from the realities of their systematic oppression.

Furthermore, the intellectual was also seen as the organic head of the otherwise disposed body of this abused and oppressed group. While it is true that Gramsci’s oppressed group the intellectual brought the light to was the working-class in his day, the general dialectic of master-oppressor is at the basis of the capitalist-proletariat dialectic and all subsequent iterations of it. The intellectual, then, is tasked with the burdensome responsibility of articulating what the oppressed underclass could not on its own. The intellectual, in today’s climate, is also tasked with the responsibility of identifying those groups who are oppressed and which groups are the oppressors.

There were two institutions Gramsci advocated that these revolutionary intellectuals needed to seize. Rather than seize the means of economic production in the orthodox Marxist sense, Gramsci articulated the view that the intellectual vanguard needed to seize the mediums that propagated the standing oppressive ideology which sedated the underclass with particular myths while safeguarding the institutional status-quo. Those two institutions were the media and universities. (Religion was a close third in solidifying the troika of the establishment.)

While Gramsci thought his positions to be the truth, any unbiased and critical reader of Gramsci should see that Gramsci’s intellectual is little more than a propagandist of his personal cause. The purpose of the intellectuals in the media is not to report about factual events and general truths as it is to repeat certain narratives to raise the social awareness of those oppressed groups. This is the only task of the media: To be the “voice of the people.” The purpose of the intellectuals in the university is not to give moral instruction to the next generation or provide them a robust and rigorous education but to pass on the training and teaching methods of revolution to the next class of intellectuals. It is a long game.

The established ideologies needed to be challenged by the authentic intellectuals (like Gramsci). This entailed their establishment in the media and universities to create a “counter-hegemony.” Because all institutions, including schools, can be assimilated to an ideological cause, the same is true for schools and the cause of revolution. Once the intellectuals are in place, the school becomes assimilated to the cause of revolution where the more intellectually gifted are exposed to revolutionary ideas and instructed to agitate on behalf of the oppressed working class.

Over time Gramsci hoped that the oppressed class would be able to produce intellectuals on its own. This would constitute the complete overthrow of the oppressive superstructure and the counter-hegemony and counter-revolution successful. This new class of self-conscious revolutionaries would then be in total control of the organs of consciousness: universities and the media.

Moral instruction, familiarity with the great books, culture, and Western inheritance, good grammar, and so on—all the original purposes of the university—are absent in Gramsci’s educational theory as it relates to intellectuals. Where the study of ethics, classics, and language is mandatory in the classical and Christian curriculum, the Gramscian ideology points out how ethics is nothing but a field of dominance hierarchy, classical texts reflect the power and privileged position of their respective male authors, and how language is a tool of oppression. After all, the newest trend on the Left is to argue that “good grammar is racist.”

Gramsci’s revolutionary game was not intended to destroy institutions but to transform them from the inside. This is where he broke radically from Marx. Where Marx saw a proletariat uprising bringing a wrecking ball to oppressive structures and institutions, Gramsci saw the revolutionary intellectual seizing control of those institutions to assist in raising the class consciousness of those groups oppressed by the middle-class—liberal capitalist—ideology. When the revolutionary intellectuals seized control of the media and universities, and helped pave the way for underclass liberation, the oppressive superstructure’s narrative would be undone.

This breaking of narratives through instructing the next generation as to what the social crises plaguing a society was always the aim of the new leftwing movement. There is a certain elitism, rightly understood, in Gramsci’s thought. For it is the upperclass revolutionary intellectual who begins this process of awakened consciousness on behalf of the oppressed class that is incapable of doing it themselves.

Far from being the “guardians” of democracy or the supposed voice of the people, the current media and academic establishment is the revolutionary vanguard at odds with the common American. They disdain the common American. Rather than increase revolutionary consciousness against the disposed, they raise the consciousness of working-class Americans who are becoming ever more acute about the animosity they face from the media and academic establishment that is following Gramsci’s playbook.

This was originally published with the same title in The Imaginative Conservative on February 3, 2019.

The Coen Brothers and the Comedy of Democracy