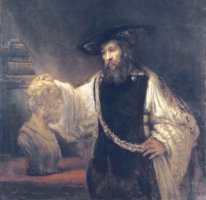 Why study old books? How do dusty old books written by dead men and women thousands of years ago grow my faith? Such can be common thoughts when the Christian is faced with encountering the works of antiquity. But Christians should not shy away from the study of the classics. After all, Christians invented the classical curriculum; it is as much part of the broader Western inheritance as it is specifically part of the Christian inheritance.

The study of the classics, then, is tied to the preservation of that multifaceted inheritance. An inheritance that runs through Jerusalem, Athens, and Rome and comes together in Christianity. It is true that the Greeks and Romans were not Christians, but the cheap attacks against the pagans for not being Christians is a modern phenomenon—and a tacitly anti-Catholic one at that (which tried to link Catholicism as being a new sort of paganism). St. Paul wrote that in the beginning all knew God but slowly slipped away from this, and thus glorified God as an image rather than incorruptible truth. St. Augustine, following the Apostle Paul, said that truth, wherever it is found, belongs to God and Christians shouldn’t be ashamed in admitting this and making use of such truths.

Christianity has an indissoluble relationship with Greece and Rome. The New Testament was written in Greek. The Romans occupied the Holy Lands during Christ’s ministry and were partly responsible for his death. As Pascal wrote in Pensées, “How fine it is to see, with the eyes of faith, Darius and Cyrus, Alexander, the Romans, Pompey and Herod working, without knowing it, for the glory of the Gospel.” The apostles, Peter and Paul, founded communities in Rome—where they both died—and those communities which they established and ministered eventually conquered the city that had conquered much of the known world. Rather than conquer by the sword, however, Christians conquered the heart which transformed the mind.

C.S. Lewis famously, and infamously, described Christianity as “a myth which is also a fact.” What Lewis meant by myth was a story, a proclamation, an annunciation. Such myths, in its traditional origo, are replete throughout the classical world. Homer’s Odyssey. Virgil’s Aeneid. The Epic of Gilgamesh. But Christianity brings to life what these pagan classics never achieved: Eternity. Christianity’s “myth” is also a fact because of the Incarnation—the revealing in flesh and blood the invisible God who calls us to sacrifice and love. The ordering of our families, fatherlands, and faith to the Author of family, nations, and prayer gives greater sustenance to families, fatherlands, and faith.

The pagan classics praised the virtue of fidelity to family and fatherland, which also entailed fidelity to the household gods. Hector is dutiful in his prayers; as is Aeneas who brings the household gods of Troy with him to Rome. Despite the servile anthropology of the Sumerians, the sacred rite of marriage is honored and dedications to the gods always visible despite their mischief towards humans.

However, the purely ephemeral nature of pagan stories is their shortcoming. We are not part of the divine family. We are mere puppets of the gods despite our fidelity to them. The sacrifices we make, in one generation’s time, may be nullified and forgotten. Nevertheless, this is what human life is about and that is what brings meaning to human existence—and to some extent that is true. There is a pious fatalism to the pagan outlook, perhaps best represented by the stoics, who dutifully labor and suffer but have no hope in their labor and suffering.

Despite this, the classics all have their brief revelatory moments which point the way to Christ. What is held up by the ancient writers are the virtues that all serious Christians know; and by serious Christians I am not referring to those happy and hapless activists who reduce Christianity to mere social activism who utter the words “love” and “toleration.” Sacrifice, love, and revealing—quasi-incarnational moments leading to comfort—are all present in the classical texts, which, read through the prism of Christian faith, reveals the Christ of Christianity.

Christianity is the supreme religion of sacrifice; and as the stories and philosophies of sacrifice grew throughout the Greco-Roman world this prepared the Greeks and Romans for their reception to the gospel. Hector is bound by his duty to family and country. He sacrifices and suffers to the point of death for others. Aeneas sacrifices much to save his father, his people, and even his own desires (with Dido) to bring security and new life to the migrant Trojans as they sail to found Rome. Aeneas’ story intertwines with Christianity’s story in the westward propagation of the gospel by the apostles.

Moreover, there are revelatory moments when the classical heroes show a faint glimpse of Christ. As G.K. Chesterton knew and stated, the most human moments bridge us to Christ and help construct the “everlasting man.” In one of the most touching moments of the Iliad, Hector approaches his son clad in armor. He is unrecognizable and menacing; as such, Asynatax is terrified and weeps in fear at the “sight” of his father. Hector, moved by love and want to nurture his son, reveals himself as he removes his helmet and armor to hold his son in his arms. It is an intimate moment—a quasi-incarnational moment—where the unknown and seemingly frightful warrior reveals himself also to be a tender shepherd and lover. In his father’s arm Asynatax is comforted and lulled to sleep by his father’s self-giving love to him. It is this moment that the faint glimpse of Christ is revealed in Homer. Homer provides one moment, and one face, in the revealing portrait of the everlasting man.

The shortcomings of the classics are testified by the classics themselves, but the true Christian reads them as signs to eternal truth and not as the truth in-of-themselves. The classical stories are, from Augustine’s insights, signifiers of truth but not the Object of Truth. There is no trace of the eternal apart from the demand of men to embody the sacrificial lives in the classical stories. Love of family which draws people together despite the oceans of separation between them, the sacrifice demanded of persons in fidelity to preserve life, and the call to unclothing to the point of bodily revelation to comfort and love others all get half of the law right: The call to love one another. What the classical sources missed was the subordination of this love, sacrifice, and intimacy, to the very Author of Love which magnifies the love of others tenfold.

The mythological consciousness of the pagans is redeemed and elevated to new heights through Christ and the Christian story. It is in Christianity that the stories of family fidelity, duty to homeland, the honoring of parents, prayers to the divine, self-sacrifice, and struggle, all reach their climax and fulfillment. The story doesn’t end with Odysseus’ reunion with Penelope, Hector’s death for his countrymen, Aeneas’ establishment of a city, Gilgamesh’s return to serve his citizens, or the cynic’s renunciation of material idols. The story continues through the bearing of one’s cross (sacrifice) and ascent into heaven. We become part of the story; the divine story, rather than detached listeners whose sacrifices dissipate with the passing generations. And that is what C.S. Lewis understood when he declared Christianity as the fulfillment of the pagan stories. The glimpses of truth in the classics were brought to truthful realization in, and through, Christianity.

Christians should be able to read the classics not only because it is part of the Western heritage, but because it is part of Christianity’s inheritance. The classics are a gift received which enriches our lives and gain even greater meaning through Christ. The classics also help form and prepare man for his ultimate reception of the gospel. The sacrifice, love, and quasi-incarnational moments of the classics do not direct one away from the True God but point to the God who is Love, the Bread of Life, and the Chalice of Salvation.

This was originally published with the same title in The Imaginative Conservative on January 12, 2019.