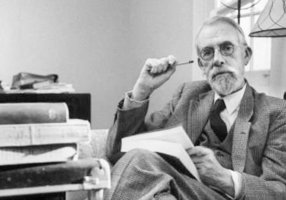 Cultural history traditionally sets out to portray the character of an age as a whole. That is what the English historian of culture Christopher Dawson (1889-1970) set out to do in his sometimes misunderstood 1935 essay “Catholicism and the Bourgeois Mind.” He used “bourgeois” and “baroque” as ideal types of two organizing social principles shaping the lives of people in, respectively, the modern age and the Baroque age of seventeenth-century Spain, Italy, and Austria. He did not say these were the only organizing principles at these times, for a single concept cannot characterize an entire culture or historic age. Nevertheless, he styled the bourgeois as “closed” and the baroque as “open,” and I want to explore in this brief essay what he meant.

A passage from Dorothy Day’s The Long Loneliness clarifies Dawson’s meaning, I think, when she contrasted around 1930 the closed character of the “ordinary American” of West Side, New York City with the open one of the immigrant in East Side. The desire for privacy among the people of the West isolated them, “each afraid another would ask something from him.” In the East Side tenements, neighbors would run to see how the others were getting along and offer a bowl of soup or a dish of fresh rolls. The first was closed, the other open and “baroque”—much nearer, in Dawson’s judgment, to the Gospel ideal of charity as emerging out of inner freedom into ready giving without worry about the morrow.

The closed character of the “ordinary American” derived, Dawson wrote in his 1935 essay, from a quantitative mentality in which “all that matters is the volume of the transactions and the amount of profit to be derived from them.” Money is not only an end in this view but a means as well, the tool of further profit. Day wrote of the “bourgeois mediocrity” associated with this love of money that infiltrated the cult and culture of the immigrants arriving in this country so that they lost their faith and their folk songs and their costumes and their handicrafts as they tried to “be an American.”  The way of life driven by this spirit is essentially about making money—a proposition that, undoubtedly, many Spanish slavers and gold mine operators of the Baroque age would have been motivated by too.

Nevertheless, it seems there was something new about the pervasiveness of this spirit in modern America to the attempted exclusion of other ideals. The psychologist and philosopher William James, in his 1902 work Varieties of Religious Experience, writing at the end of the Gilded Age of rapid industrialization and concentrated wealth, warned that:

“Among us English-speaking peoples especially do the praises of poverty [“openness” in Dawson’s terminology] need once more to be boldly sung. . . . We despise anyone who elects to be poor in order to simplify and save his inner life. If he does not join the general scramble and pant with the money-making street, we deem him spiritless and lacking in ambition.”

The result of such money-mindedness was that Americans had “lost the power even of imagining what the ancient idealization of poverty could have meant; the liberation from material attachments, the unbribed soul, the manlier indifference, the paying our way by what we are or do and not by what we have, the right to fling away our life at any moment irresponsibly, — the more athletic trim, in short, the moral fighting shape.” With prescient words he concluded that, “When we of the so-called better classes . . . put off marriage until our house can be artistic, and quake at the thought of having a child without a bank-account and doomed to manual labor, it is time for thinking men to protest against so unmanly and irreligious a state of opinion.”

The remedy for such a closed, bourgeois soul, in Dawson’s view, was not Communism; that only continued to spread bourgeois values via different means. Rather, the remedy is to recover the “baroque spirit” of an “uneconomic culture which spent its capital lavishly, recklessly and splendidly whether to the glory of God or for the adornment of human life.” By this he did not mean a naive return to the past, as his American critics such as John Zmirak and Jeffrey Tucker have charged.[1] Through an historical awareness of Baroque culture, of a time and place existing before the dominance of bourgeois values in modern life, one can glimpse the possibility of living according to a different spirit than the bourgeois.

Dawson’s critics argue that he is praising the wrong culture (the Baroque)—that it is actually the bourgeois, modern civilization of free market and unprecedented material achievement that is more convergent with human dignity than the Baroque. Dawson’s essay has even encouraged profligate choices among students reading it, Zmirak writes. Dawson is nostalgic for a time before the bourgeois spirit arose and makes false comparisons. He points to the beautiful things of the past (such as the Escorial in Spain) and compares them with the ugly things of the present (such as the devastated areas of industrial England), forgetting the ugly things of the past (short life expectancy) and the wonderful things of the present (antibiotics, low child mortality).

Julian Scott, Dawson’s grandson and literary executor, wrote in an email to me recently from London that Dawson did not concern himself much with money. He spent his early married life in fairly straightened circumstances as he followed his vocation as a writer, although he could always rely on a small allowance from his father and later inherited his father’s property. “It is possible that Dawson transmitted his disregard for money to his son Philip, who was always rather extravagant. So I think,” Scott writes, “the author [Zmirak] has a fair point in wanting to dissuade his students from becoming profligates and I think that Dawson’s attitude could well lead to that, as his essay praises the ‘man of desire’ as against the ‘man of reason.’” Indeed, Dawson does not mention the internal critique of Baroque culture and its approach to economics that did eventually develop within that world—as when Don Pablo de Olavide spoke to a group of noblemen on the importance of practical charity: “Gentlemen, you would do far better assisting your neighbor to use this money to develop agriculture and increase the value of your properties and thus give sustenance to the poor who are perishing; that would be a good devotion” (quoted in  Ulrich Lehner’s The Catholic Enlightenment: The Forgotten History of a Global Movement). Sometimes yet another ornate Baroque church building is not what is needed at the moment.

But to reduce the essay as simply an occasion of profligacy “seems very narrow,” Scott continued. If one looks at the essay as a whole, he writes, “it is a typical Dawsonian ‘tour de force’, which is very ‘Baroque’ in the positive meaning he gives to that concept in the article–very rich, spiritual, erudite, insightful and humane.” Despite the rural nostalgia that blinded Dawson to some of the achievements of the modern world, he combined in this essay his socio-historic analysis of particular cultures with an exercise of humanistic judgment on contemporary cultural values—a combination that I would suggest is one of the central reasons his work remains so compelling.

Dawson did not write the essay against the free market but against the spirit that often drives it. The free market does not have to serve the bourgeois spirit, however. It does not have to be aimed simply at the making of more money as the highest end. The parents of Katherine Drexel (1858-1955) certainly did not think so, as they taught their children how to use their great wealth, derived from investment banking, for the good of others. Katherine then went on to reverse the American dream of “rags to riches” with her story from “riches to rags” by spending lavishly in the service of Native American and black communities around the United States. She chose to live out the poverty that William James connected to inner freedom, and embrace a baroque, open spirit as an answer to the Gilded Age’s love of money. Dawson’s essay points to that choice as the sign of an authentically Christian culture.

This was originally published with the same title in The Defendant: Newsletter of the Australian Chesterton Society, 24, no. 1 (Summer 2017): 6-7.

Joseph Stuart is an Associate Professor of History and a Fellow in Catholic Studies at the University of Mary in North Dakota. His research is about Christopher Dawson and the relationship between religion and culture during World War I and the Enlightenment.

From the Multiversity Cave: Aristotle and Phronesis

The Things of God and Man: The Paradox of Consciousness in Cormac McCarthy’s Border Trilogy

God is Not Just the Good, as Plato Claimed But Love