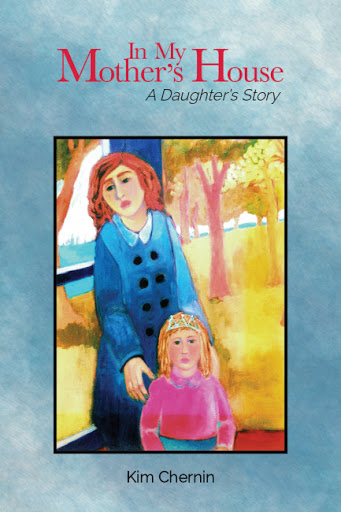 Kim Chernin’s book, In My Mother’s House: A Daughter’s Story, previously published in 1983 by Tichnor & Fields, and in 2003 by MacAdam/Cage, was reprinted by Purdue University Press in 2019,  in its biography & autobiography series. The book untypically combines both genres though the autobiographical part is much less developed. Kim Chernin’s eventful life is reductively recounted, as the title of the memoir indicates, in terms of her relation to her mother, Rose Chernin, a Russian immigrant and committed communist.

Interestingly, in the author’s New York Times obituary by Penelope Green in January 2020, the book and its main character Rose Chernin, have a central position. Will Kim Chernin be remembered for her mother’s biography though she wrote several other books, both fiction and non-fiction? Time will show though there is little doubt that the book being both a historical record of some of America’s dark moments, and the making of a feminist and a communist, can draw scholarly attention from different fields such as women’s studies, Jewish studies, immigration and transcultural studies, psychoanalysis or the history of American radicalism.

Previous reviews pointed out the book’s weaknesses namely the “rather sentimental framework and the author’s rhetorical, schematic tendencies” (Kirkus, 1983), or “the flawed libretto” (The New York Times, 1983), but generally In My Mother’s House: A Daughter’s Story was well received. The Women’s Review of Books (1984) praised its “Chaucerian structure,” and in the enriched-by-the-epilogue edition of the book, Chernin returns with a metafictional commentary on this structure in her mother’s own words, “‘In every story is a story not told’” (296). Indeed, there are historical blanks that interested readers will have to fill.

Likewise, in a confessional tone, Chernin reveals her appropriation of the mother’s voice. Though in July 1974, Rose Chernin, “a white-haired, old woman” (13) both formally and imploringly asks her daughter to write the story of her life, in hindsight, Kim Chernin recognizes in her mother “the muse” “at the beginning of time” (299). It took Chernin seven years to complete the book during which she took the time to rework and transform her biography/autobiography, and fashion the narrative voices, “my mother’s voice disappears into me and returns through me, in a voice I would eventually give to her story” (298). Thus mother and daughter sound very much alike in spite of the former’s Yiddish inflections, necessary to authenticate the mother’s voice and distinguish it from the daughter’s.

In this epilogue, Chernin also raises the question of her own “Jewishness,” whose peculiar brand stems from her upbringing, “she placed me within Judaism but did not allow me to belong to it” (307). Jewishness is never a bone of contention between mother and daughter, not even when the latter, at an early stage of her life, turns to Jesus. Rose Chernin’s religion is Marx, and the class struggle with its “universal urgency” (305) her only ideal worth living for. What brings about the rift between mother and daughter shattering their perfect union and the pride they take in each other is Kim’s deviation from Communism and politics and her conversion to poetry and the life of the mind. A trip to the Soviet union is the final blow on the young girl’s faith after her reading of Khrushchev’s  “secret speech” in 1956. For both mother and daughter, the split is hard to bear, “I told her I was no longer a Marxist, and she stood with her hands on the ironing board and wept” (119).

However, nothing can shake Rose’s unswerving devotion to the cause of universal justice and equality to which she dedicated her long life. In this adventurous story spanning almost a century, feminist and radical loyalties clash with family ones but also intertwine. The joint tale, related by mother and daughter, puts into perspective four generations of women – it is a women’s universe.  The men, a brute (Rose’s father who beat and institutionalized her mother) and a saint (Rose’s husband whose supportive goodness was inexhaustible) seem peripheral in the narrative that aggrandizes the maternal figure. The young girl from the schtetl leaves Tsarist Russia, gets some education in the US, rises to be a Communist organizer, saves her mother from the mental institution, finds happiness in the Soviet Union, but has to return to save the US from capitalism, protects poor families from eviction during the Great Depression, survives the death of her sixteen-year-old daughter, Nina from cancer, bears persecution and imprisonment during the McCarthy years and keeps her faith in Communism alive unto death.

Kim Chernin depicts an authentic believer in a social cause and an indefatigable fighter worthy of the reader’s admiration. She gradually shapes the making of the communist and her specific point of view. “It was the first time I heard the voice of a radical woman. It stirred me” (42), says the mother in her second story of the early years in the US. Hearing about racism and witnessing injustice in America paves the social fighter’s way, “We heard stories about the Ku Klux Klan…All this reminded me of the pogrom; this we were use to for the Jews in Russia. But here in America?” (86). The suffering of people in the Great Depression makes her take the plunge, “I joined the Communist Party…I had fought for my mother, and now I was ready to start fighting for the people.” (89). Because she saw “all the injustice of the capitalist system” (158), she nurtured an impossible dream, a socialist America, and refused to let go of it, “Even today, who has lost it? This dream, I tell you. I believe in still” (161). Rose Chernin’s American dream was against the grain but ironically it was thanks to her location that the dream was kept alive. Therefore, Rose Chernin’s American dream of a socialist America may not be a contradiction in terms. Thus, the persisting maternal idealism, on the one hand, and the filial disillusionment with and estrangement from Marxism, on the other, finally give credit to the US.

The book is also a chronicle of mother-daughter reconciliation which is achieved through the very writing of the story. Chernin’s In My Mother’s House: A Daughter’s Story is both a tribute to the maternal figure but also a testimony to the healing properties of writing which involves “the unmerciful greatness of loving” (177).