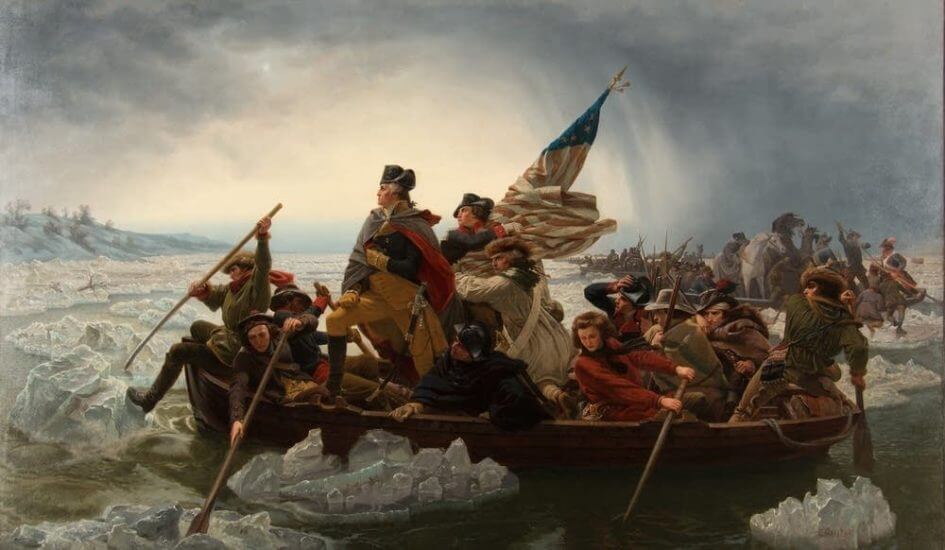 American history needs to be seen in the context of a larger drama. But there is sharp disagreement over the way we choose to represent that relationship.

Is, for example, the nation and culture we call the United States to be understood fundamentally as one built upon the extension of European and especially British laws, institutions, and religious beliefs?

Or is it more properly understood as a modern, Enlightenment-based post-ethnic nation built on acceptance of abstract principles, such as universal individual rights, rather than bonds of shared tradition, race, history, conventions, and language?

Or is it a transnational and multicultural “nation of nations” in which a diversity of subnational or supernational sources of identity—race, class, gender, ethnicity, national origin, sexual practice, etc.—is the main result sought, and only a thin and minimal sense of national culture and obligation is required?

Or is it something else again? And what are the implications of each of those propositions for the answers one gives to the question, “What does it mean for me to be an American?” Clearly, each understanding will cause one to answer that question in quite a distinctive way.

All three are weighty and consequential notions of American identity. The one thing they have in common is that they seem to preclude the possibility that the United States is “just another nation.” Even nations-of-nations don’t grow on trees. Perhaps you will sniff in this statement the telltale residue of American exceptionalism, the debunkers’ favorite target.

But the fact of the matter is that the very concept of “American” has always been heavily freighted with large meanings. It even had a place made ready for it in the European imagination long before Columbus’s actual discovery of a Western Hemisphere. From as early as the works of Homer and Hesiod, which located a blessed land beyond the setting sun, to Thomas More’s Utopia, to the fervent dreams of English Puritans seeking Zion in the Massachusetts Bay colony, to the Swedish prairie homesteaders and Scotch-Irish hardscabble farmers and frontiersmen, to the Polish and Italian peasants that made the transatlantic voyage west in search of freedom and material promise, to the Asian and Latin American immigrants that have thronged to American shores and borders in recent decades—the mythic sense of America as an asylum, a land of renewal, regeneration, and fresh possibility, has remained remarkably deep and persistent.

Let us put aside, for the moment, whether the nation has consistently lived up to that persistent promise, whether it has ever been exempted from history, or whether any of the other overblown claims attributed to American exceptionalism are empirically sustainable. Instead, we should concede that it is virtually impossible to talk about America for long without talking about the palpable effects of this mythic dimension. As the sociologists say, whatever is believed to be real, even if it is demonstrably false, is real in its social consequences; and it does one no good to deny the existence and influence of a mythic impulse that asserts itself everywhere.

Americans seem disinclined to stop searching for a broad, expansive, mythic way to define their national distinctiveness. They have been remarkably productive at this in the past. Consider the following incomplete list of conceptions, many of which may already be familiar to you, and most of which are still in circulation, in one form or another:

In addition to these formulations, there are other, somewhat more diffuse expressions of the national meaning. One of the most pervasive is the idea of America as an experiment. This concept of the national destiny was used by none other than George Washington, in his first presidential inaugural address, to denote two things: first, a self-conscious effort to establish a well-ordered, constitutional democratic republic, and second, the contingency and chanciness of it all, the fact that it might, after all, fail if our efforts do not succeed in upholding it. But the idea of the national experiment has, over time, lost its specific grounding in the particulars of the American Founding, and has evolved into something entirely different: an idea of constant openness to change. “Experimental America” has a tradition, so to speak, but it is a tradition of traditionlessness. In this way, America-as-an-experiment is a pseudoscientific way of saying that none of the premises of our social life are secure: everything is revocable, and everything is up for grabs. One can call this dynamism. One can also call it prodigality.

That said, however, one has to acknowledge that the sheer number of these mythic versions of America tends to undermine their credibility—just as, when there are too many religions in circulation, all of them begin to look implausible. And so there can be no doubt that, while the desire to discover national meaning continues unabated, the story of American history as told today does not have the same kind of salient and compelling narrative energy that it had fifty or a hundred years ago.

Perhaps the myths are too exalted, too inflated, to live by, without egregious hypocrisy or overreaching. In any event, we have, in some measure, lost our guiding national narrative—not completely, but certainly, we have lost it as a near-universal article of faith. There is too much self-conscious doubt, too little confidence that the nation-state itself is as worthy of our devotion as is our subgroup. Indeed, the rise of interest in more particularist considerations of race, class, gender, sexuality, ethnicity, religion, and so on have had the effect of draining energy away from the national story, rendering it either weak and indecisive—or the villain in a thousand stories of “subaltern” oppression.

The problem is not that such stories do not deserve to be told. Of course, they do. There is always a horrific price to be paid in consolidating a nation, and one is obliged to tell the whole story if one is to count the cost fully. The brutal displacement of Indian tribes, the horrors of chattel slavery and post-emancipatory peonage, the grim conditions of industrial labor, the ongoing tragedy of racial and religious hatred, the hidden injuries of class—all these stories and others like them need to be told and heard, again and again.

They should not, however, be told in a way that sentimentalizes them, by displacing the mythic dimension of the American story onto them, and by ignoring the pervasive existence of precisely such horrors and worse in all human societies throughout recorded time. History is not reducible to a simple morality play, and it rarely obliges our moral aspirations in anything but rough form. The crimes, cruelties, inequities, and other misdeeds of American history are real. But they need to be weighed on the scale of all human history, if their relative gravity is to be rightly assessed. It is all very well, for example, to be disdainful of corporate capitalism, or postwar suburbia, or any of the other obligatory targets. But the criticism will lack weight and force unless the standard against which corporate capitalism is measured is historically plausible rather than utopian. One can always imagine something better than what is. But the question is, are there any real historical instances of those alternatives? And what hidden price was paid for them? That is the kind of thinking historians are obliged to engage in.

Which raises an interesting question: Since throughout history strong and cohesive nations generally have had strong and cohesive historical narratives, how long can we continue to do without one? Do our historians now have an obligation to help us recover one—one, that is, that amounts to something more than a bland-to-menacing general background against which the struggles of smaller groups can be highlighted?

Or are the scholarly obligations of historians fundamentally at odds with any public role they might take on, particularly one so prominent?

Such a conundrum is not easily resolved. One should, however, at least acknowledge that it exists.

This was originally published with the same title in The Intercollegiate Review (April 2017).

Wilfred M. McClay holds the G.T. and Libby Blankenship Chair in the History of Liberty at the University of Oklahoma. He is author of The Masterless: Self and Society in Modern America (North Carolina Press, 1994).

Review of The Coen Brothers and the Comedy of Democracy