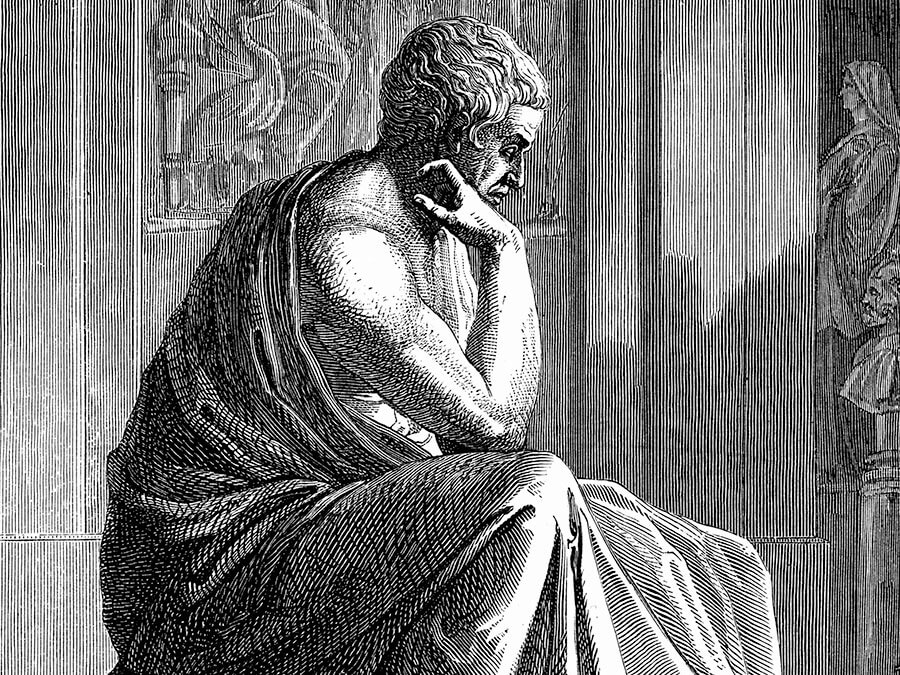 And if truth is one of the ultimate values, it seems strange that no one seems to know what it is. Philosophers still quarrel about its meaning and the upholders of rival doctrines say many sarcastic things of one another. In these circumstances the plain man must leave them to it and content himself with the plain man’s truth. This is a very modest affair and merely asserts something about particular existents. It is a bare statement of the facts. If this is a value one must admit that none is more neglected.1

First there is the morning — primeval dawn; the morning of eternal consequence. The only discernible movement in this initial parting of existence from form belongs to the dew, stretching down from the leaves. The absence of sunlight makes this germinal manifestation of being elusive. How does the solidity of being become splintered into lazy multiplicity?

The first morning determined the tonic of time. In its first phase, the dethronement of understanding by reason emboldened Cronus. This cosmic falling out was clouded in mist, giving subsequent observers the misguided impression of becoming disguised as permanence. This was the last vestige of imagination.

When the mist of this primordial morning cleared, the world felt weary and old; Uranus was castrated, and Cronus, his son, bathed in the light of day. As a consequence, the senses and luminous midday have forever ensconced man in a failed material condition. To counter this initial fatigue imagination must exercise the vitality of will.

The second day breaks with a heavy blanket of dew that covers the harshness of the land. In the distance…a figure walks gallantly toward the horizon. He holds the Sun high above his head. Flinging the giant sphere into the void of space, he settles down to admire his work — his tenacity. A proud smile drips from his mouth; he sits on the wet ground to praise his vision.

Across the opposite horizon, a menacing figure quietly emerges from the young chaos of this emanation. Zeus grabs Prometheus by the back of the neck; the young Titan struggles to free himself. Zeus scolds him: “Indiscretion is born of ill-reasoned thoughts and spiteful negation.”

Awaiting night, which promises renewal, Prometheus thinks of himself as irreverent — proud. The following day the eagle returns. Prometheus waits in guarded expectation. He flinches with the initial stab of pain, as the eagle rips his callow flesh. Guarded anticipation now becomes part of the order of things.

“What can I do?” he questions. He welcomes advice from Sisyphus.

Intuition and the Apprehension of Form

In the second volume of The Mystery of Being, Gabriel Marcel convincingly argues that to philosophize is to think sub specie aeterni. Being and eternity confront man with what Marcel calls the “exigence of transcendence.”2  Marcel contends that to philosophize is to appropriate the universality of being. Paradoxically, this is achieved by addressing the self in space and time through existential reflection. He refers to this paradox as the ontological mystery, an enigma that is best understood through reflection on existential concerns.

Marcel anticipates the question: Is reflection on the nature of the self a form of ego-centrism? He reasons that sooner or later the thinker has little choice but to realize that he is one of many entities. The reality we experience as a subjective-I – hic et nunc – is only one aspect of objective reality. Consequently, we arrive at the realization that human existence is enmeshed in an objective realm. Marcel argues that man’s existence pertains to a chain of being that is grounded in God.

Marcel insists that reflection on the nature of the self must posit the fullness of life as a starting point. This is the beginning of rational thought – existential self-reflection follows.

Abstractions inspire little confidence in terms of vital, existential existence. To say that the self is surrounded by objective reality does not entail that it is absorbed by it. On the contrary, the subjective-I seeks to establish this demarcation point. The “bite of reality,” as Marcel has referred to objective reality, has a disquieting effect of keeping the thinker humble. Hence, whenever ego-centrism occurs, it is the result of wearing the blinders of subjectivism, not the embrace of subjectivity.

Marcel’s thought is indicative of philosophy as a way of life. He explains:

“From my point of view such a term as search or investigation – some term implying the notion of a quest – is the most adequate description that can be applied to the essential direction of philosophy. Philosophy will always, to my way of thinking, be an aid to discovery rather than a matter of strict demonstration.”3

Let us focus on why persons should be concerned with subjectivity. What advantage is there in giving oneself over to philosophizing about human existence, given the distress that life often supplies us with? Why become bogged down with such a weighty affair?  It is unnecessary to open up a Pandora’s box by addressing the complexity of Being, and finding ourselves embroiled in fruitless pedantic demonstration. By being I mean the underlying substance of any existent — that is, self-subsisting reality. These concerns have been amply addressed by able thinkers throughout the history of philosophy.

Why do philosophers of existence concern themselves with the nature of the self?  One suggestion is that existential reflection seeks cohesion in human experience and cogent understanding. Effective refutation of pure reason exposes the cleavage between existential lived-experience and the ancient Greek idea of objective reality: physis, nature.

Knowledge aids man in appropriating objective reality. This is a form of practical and expediential knowledge. On the other hand, existential reflection creates harmony that exposes the exigencies of naked experience. This manner of reflection eschews all abstraction.

Human existence is not equivalent to human life. While human life is lazily promoted as biologism in the twenty first century, the former demands an existential account of lived-time that informs existential categories. Like an adagio movement in a symphony, existential reflection is patient and at ease with the order of human reality.

The Sumerian Epic of Gilgamesh is a work of wisdom literature. That classic work is also a fine example of the strain between existential longing and objective reality. Gilgamesh takes on the powers of life and death. He scours the world searching for immortality after his young friend Enkidu passes away.

Not surprisingly, his incessant search is taken to a higher court of appeals than his elders can supple him with. Gilgamesh is a microcosm of cosmic subjective-man. Albert Camus represents Gilgamesh’s existential longing as the purview of a proto first-man. Camus embraces Gilgamesh’s ethos in The Myth of Sisyphus and The Rebel – thoughtful works – where vital intuition is stoically directed at life itself.

The pre-Socratics concentrated on questions that took their inspiration from the natural elements. Realizing that their quest was an existential cul-de-sac, Socrates reacted by demonstrating that the noblest philosophical pursuit is the cultivation of the moral life. Socrates found it necessary to ground understanding in self-knowledge, auto-gnosis.  Socrates’ sayings “Know thyself” and “The unexamined life is not worth living” are not the fancy of someone overwrought with ego-centrism.

What can life that is understood existentially offer man in a technological age?  This is especially pertinent to an age when existential concerns are confused with technical problems of the natural sciences.

Man participates in the world by re-shaping his physical condition, thus making it amenable to human needs. This has been the case from time immemorial. Shelter, the cultivation of food, avoidance of danger, etc., speak to the necessity of having to appropriate the form that objective reality presents us with. Re-shaping the world to amend for man’s subjective needs is the natural way for man to safeguard his existence in the physical world.

A consequence of this is that man is being authentic when he lives up to the possibilities and limitations afforded him by nature. Marcel makes it a point to suggest that this process of appropriating the demands of objective reality strengthen man’s inner life. In the process of avoiding objectification by objective reality, man attends to the cultivation of the self in a manner that does not call attention to itself. The latter is a fine example of the concrete at ease subjectivity of the human person in opposition to an abstract conception of “the world.” Marcel explains:

“There is not, and there cannot be, any global abstraction, any final high terrace to which we can claim by means of abstract thought, there to rest for ever; for our condition in this world does remain, in the last analysis, that of a wanderer, an itinerant being, who cannot come to absolute rest except by a fiction, a fiction which it is the duty of philosophic reflection to oppose with all its strength.”4

The philosophy of existence shuns any attempt to conceive human existence in abstract terms. As a form of philosophical anthropology, reflection on man’s nature cannot be achieved except by concentrating on the self through first person reflection. This entails that philosophical reflection must focus on subjectivity as the foremost important avenue to understand man as a cosmic being. This approach relegates sociology, as it is practiced today, to concern itself solely with man as a statistical unit.

Concreteness is what the human person encounters in the objective world. Regardless of the names that we give to self-reflection, and eschewing the pedantic desire to create theories to which concrete human reality must adhere, subjectivity remains the starting point of authentic self-reflection.

The possibilities for philosophy to contribute to man’s understanding of the human person have never been greater, more fruitful – yet more squandered. For philosophy to become relevant once again it must offer insight into questions of existential gravitas for concrete individuals, not evermore abrasive and abstract refutation of reality.

This is the first of two parts with part two available here.