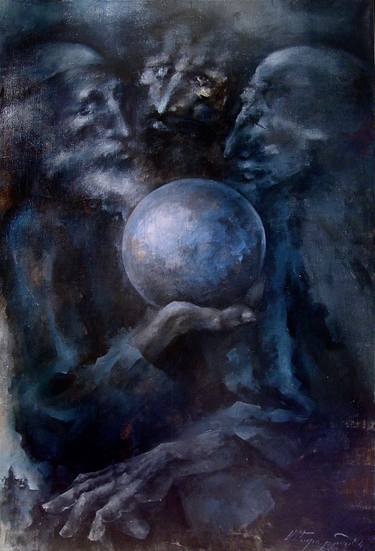 When some people hear the words philosophy, philosophize and philosopher their immediate impression is that of an abstract discipline that is often also technical in makeup. These words intimidate causal observers of philosophy. Even younger students of the discipline cringe at the thought of hair-splitting that appears overtly theoretical, self-referential and pedantic. Philosophy, they believe, lacks all semblance of a vital component. Lamentably, this is the case with analytic and academic philosophy.

Philosophy, unlike other less systematic disciplines, demands a level of active engagement by thinkers that embraces the practice of logic while transcending pure reason. This is a condition that eludes the merely curious minded.

Philosophical reflection is the marriage of contemplation and the object of reflection. While disciplines that make a parcel of reality their concern reduce reality to formulaic categories, philosophers of existence cannot afford to be reductionists. Philosophical questions are dialectical in nature. This means that our concerns, especially existential reflection – even when successfully quenched – launch the thinker into subsequent queries.

Recoiling back onto itself or spiraling out to engage the next anti-thesis, the trajectory of philosophical contemplation oscillates between these two interlocking poles. This momentary vacillation is also a profound source of frustration, for it frightens people who are not prepared to engage in contemplative self-rule. This is the case because philosophy requires the exercise of free will. Often, it is reflection itself that alienates some people from philosophy.

Philosophers of existence wonder whether these unflattering and damaging accusations to philosophy can be avoided. This misleading impression is partly the case because philosophy, as an autonomous, systematic discipline, sees it as its duty to reflect on diverse aspects of reality in order to make sense of the whole. In many instances, the act of breaking down the respective components of any complex system is necessary in order to achieve a true understanding of the entire system. Human reality is no different.

Beginning with concerns that are necessitated by particular questions, thinkers are often forced to broaden their scope in order to tie their findings to unifying principles. This is an example of how attention to detail alienates some people from philosophical reflection. Yet it is unnecessary for philosophical reflection to be as analytical and lifeless as the accusations suggest. Pedantry in philosophy merely serves as an embarrassment to the queen of the sciences. Regrettably, this is often the only impression of philosophy that some people entertain.

It appears that philosophy is condemned to confusion by seeming too rigid in its attention to detail, and abstract when embracing broader questions. First impressions may be misleading, but they often stick.

When the aforementioned is the first impression that people have of philosophy, they fail to understand the noble origin of the discipline. This is the great task laid out for philosophy as philosophia, or what is essentially an intrinsic love of wisdom. Some of the major examples of this early embodiment of the spirit of philosophy are imprinted in the thought of Socrates, Plato and Aristotle. This is also the raison d’être of stoicism, as this is a noble attempt for man to live in the world.

Philosophia Perennis and Philosophy as Vocation

The love of wisdom is a hard pill to swallow in a technological and positivistic age that is consumed with expediency. As the ultimate and unifying form of knowledge, wisdom has evaded the majority of humanity from time immemorial. Practical knowledge is what most people have sought throughout history. The demands of the daily world force us to be efficient in our decisions and quick on our heels, as it were. We mobilize our vital energy in concerns that are leveled at us from forces that, in some instances, we cannot foresee or solicit. This is a sensible course of action.

However, wisdom has everything to do with the way that we organize our lives, how we comport ourselves vis-à-vis human reality. Wisdom is vindicated by the existential vision required to live a moral/spiritual good life. When wisdom is cultivated at an early age, it sets the course for our life. Wisdom serves as a buffer zone between the actual conditions that we encounter and the understanding that enables us to maneuver through human reality. In the absence of wisdom, human life becomes a reactive and dragged out biological exercise.

Philosophical reflection is a rational act that deciphers the atomic aspects of reality, and is embraced if for no other reason than the vital need for contentment. Happiness may be heavy-handed at times, but contentment as an existential condition is rarely noticed because it does not call attention to itself.

Ancient Greek thinkers thought of human reality as phainómenon (appearance).  Not the appearance of this or that thing, but appearance as the entry-level understanding that reality is always much more demanding than its immediate appearance suggests. Things are not always what they appear. That is, human reality has an objective component that man can tap into, but only through active reflection. This discovery is not known through an automatic response by man. Human knowledge is often manifested as limited, especially in the immediacy of its temporal modality. The recognition of this truism is a form of knowledge itself. This is a common sense proposition. At a deeper level, knowing is a fundamental component of philosophical vocation. Existential reflection is what informs the philosophic vocation.

Ancient Greek philosophers referred to the active search for truth as Alētheia. The name does not matter. What is important is that we recognize truth, as this presents itself in the pressing demands of the daily world. The attainment of truth is a vital, existential concern for some people.1

Philosophical reflection is a vocation that concerns itself with the acquisition of self-knowledge. This means thinking in concrete terms. It is not fruitful to view man as a rational animal or a biped capable of reason, etc. In order to reflect on man as a self-conscious cosmic entity, our biological categories must be surpassed.  Abstractions cannot help us make sense of individual human existence. This is because only individual human existence is endowed with the capacity to organize human experience.2

The fundamental and most fecund manner of confronting life as existential creative act is to mount a frontal attack on the seat of existence: human existence as existential. There is a profound difference between life as biological and human existence as lived from within. Postmodernity is a positivistic age; the more that we know about the human body, the less we are capable of confronting the “I” that goes to visit the doctor.3 This is the case because postmodern man has been conditioned to think of himself as a biological entity that only makes sense in collective terms – e.g., social-political categories. This incapacity to see does not take notice of itself, given that it merely witnesses itself in the world. The opposite of this form of existential myopia is existential transparency, which finds its strongest ally in philosophical vocation.

Individual human existence has no precedence, for human existence finds itself amid objectifying reality that we must contend with. Yet objective reality serves as the arena where transcendence shows its face, and should not be construed as a force that alienates man. Thus, transcendence becomes manifest when individuals become aware of themselves through self-reflection.

Rigid chronological time is what we commonly think of as life. Yet our subjectively lived time is what best depicts life for us as individual existential beings. The world, other people, and our own experiences always happen to or engulf an existentially self-aware “I.”  What I confront in my solitude is the differentiated voice of a subject that comes to know itself through worldly resistance.

The frustration brought about by our most taxing experiences demonstrate the futility of all notions of man that reduce the human condition to biological and collective categories. This is perhaps why so many people seek endless ways not to be alone?  What is it about loneliness or moments of pause that frighten so many people?

Philosophical reflection as a way of life – as vocation- enables man to organize reality as if through a filter, a fisheye lens. Vocation allows us to differentiate between the aspects of reality that are in our control and those that are not. This form of sincere engagement with reality teaches us humility. 4

The Spanish/Argentinian thinker, Francisco Romero, describes two aspects of culture perhaps better than most contemporary philosophers: objective culture and cultural life.5  These are relevant notions for postmodern life that we should be able to recognize. The former has to do with the general notion of culture as the habits of people in any given age. However, it is the latter, cultural life, that exemplifies the creative act. Creative life, regardless of its variants, comes about as an offshoot of cultural life. To create one must be a creator. Philosophical reflection as existential vocation belongs to the latter.

The spirit of philosophy and philosophy proper – not philosophy as a contemporary form of academic scholasticism – cannot be separated. The philosopher expresses his vitality in his work, in each of his paragraphs and sentences, and in thoughtful conversation. Philosophy, more so than any other discipline, at best attempts to uncover universal principles, but is at worst content with self-knowledge. This is what philosophy proper means and not philosophy of . . .

1.  Often what we interpret as philosophizing is only the history of philosophy. José Ortega Gasset argues that philosophy proper exists only for people who need it as a metaphysical and existential road map for human existence.

2.  Many thinkers are quick to notice the immense difference between human life as merely biological and existence as a subjective, existential entity.

3.  Modern technology creates the false impression that scientism can assuage existential concerns. This is what utopian pipe dreams and totalitarian regimes promise.

4.  Philosophy is the most practical of man’s endeavors. What can be more constructive than the liberating reward of self-rule? What is more practical than to feel the passage of time as a vital possibility?