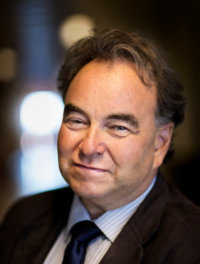 In its 13th volume Rationality and Society published an article by Bo Rothstein entitled “The Universal Welfare State as a Social Dilemma” (Rothstein, 2001). Rothstein opens his article by presenting two “major findings” (all quotations here from Rothstein’s article are from its two first pages).

The first one is that “well-known differences [. . . ] exist in the quality and scope of welfare state programs among the industrialized Western democracies”. Thus, writes Rothstein, “the Scandinavian countries spend about twice as much, as a percentage of gross domestic product (GDP), on social insurance and social assistance as the United States” and “[m]ost other European countries’ spending falls somewhere in between”. All italics in the quotations are mine, and the intention is to indicate that Rothstein, although he doesn’t give any precise time, for instance a particular year, obviously is talking about the present time in some vague sense.

The second finding is that in “the early 1960s” the countries mentioned “spent almost the same as a percentage of GDP on welfare policies”.

These two findings constitute the starting point for much of the following discussion in the article. A first implication of the two findings obviously is, as Rothstein emphasizes, that the “huge difference in welfare state ambitions is a fairly recent phenomenon”. Rothstein also finds this surprising. “Given the internationalization of values, increase in trade, globalization of capital, etc., this is”, he says, “an unexpected development”. Underlining the point he adds that “[m]ost social scientists working in the early 1960s would probably, without the benefit we have of hindsight, have predicted convergence in social policy between these countries, rather than a dramatic divergence”. Thus, given the importance of the findings for the article, it is of some importance that they are correct, that is that they really are “findings”. So, are they? What evidence does Rothstein present in their favor?

He does not, in fact, present any evidence at all. He just mentions two sources, but he does not quote any data from them. The first source, which is a work by Walter Korpi and Joakim Palme (Korpi & Palme, 1998), is relevant for the first finding, and the second source, an OECD report from 1994 (OECD, 1994), is relevant for the second finding. So let us look at these two sources and their figures.

The figures are presented in the Table 1. As for the earlier time Rothstein talks only vaguely about the “the early 1960s”. The source contains figures from all the years in the 1960s, and more than that. In order not to be too restricted I have chosen two of those years, namely 1960 and 1964, as representing the “the early 1960s”. The first two columns of the table contain these figures. According to the source they represent “Public expenditure on social protection as a percentage of GDP”.

The later time, about which Rothstein, as I have already said, is utterly vague, proves to be, when we look into the source, 1985. In this case there is also another vagueness, namely that the source contains two sets of figures, the one representing “Total Social Benefit Expenditures” (1985 a in the table) and the other “Total Expenditures minus Unemployment Insurance Benefits” (1985 b in the table), in both cases as a percentage of GDP. Rothstein does not tell us which set he refers to, and therefore I have included both in the table.

Now, having the figures, we are in a position to see if they support Rothstein’s findings. The only thing needed, as a preliminary, is to make the numbers in the different columns comparable to each other. One way to do that is to “normalize”, for each column, the numbers around a common arithmetic mean, say 100. For the first column, the one for 1960, the mean of the numbers is 10.1, and in order to bring that to 100 it has to be multiplied by the factor 9.9 (100/10.1). Then, multiplying all the 16 figures in the 1960-column with that same factor, we get the result shown in the first column in Table 2, which corresponds to the first column in Table 1. The same operation for each of the three remaining columns gives the rest of the figures in Table 2.

Now, in order to make the comparison between the figures in the four columns of Table 2 more apprehensible, the figures may be presented as in Diagram 1.

It is now easy to comment on Rothstein’s two “findings”. The first one about the considerable differences between the present welfare state programs is obviously correct. Irrespective of which one of the two lowest rows in the diagram (1985 a or 1985 b) we choose the result is the same, the differences between countries are great.

Rothstein’s second finding about small or non-existent differences in the early 1960s is however manifestly wrong. Irrespective of which one of the two uppermost rows we choose, the result is the same. The differences between the countries are considerable.

In addition to that we see that the differences in the early 1960s are, not only considerable, but greater than in 1985, again irrespective of which of the rows from the 1960s, and which of the rows from 1985, we choose. Rothstein’s conclusion, and cause for his surprise, that there has been divergence rather than convergence, is thus also wrong. There has, indeed, been convergence.

These results of mine may perhaps be disputed in various ways. It may, for instance, be argued that the differences between countries could, and should, be measured in some other way. Rothstein himself does however legitimate exactly the method used here. Thus, when describing the differences in 1985, he says (my italics) that “the Scandinavian countries spend about twice as much, as a percentage of gross domestic product (GDP) […] as the United States”. Rothstein thus measures differences exactly as I have done, by means of factors.

It may perhaps also be argued that extreme values, for one reason or another, may be erratic and thus should be disregarded. We may, for instance, omit the two most extreme values at each end of each row in Diagram 1. If so, we get somewhat different results – even if important differences in the early sixties will remain the convergence will be less clear. This procedure does however have its own problems. Why should the extreme values in the first place be considered as erratic? And even if that question could be given a good answer, why should we disregard just two values at the ends of the rows, and not for instance one or three?

The conclusion is thus inevitable: Rothstein’s “major finding” about small or non-existent differences in welfare state programs in the early 1960’s is simply false. And therefore his conclusion about a “dramatic divergence” in social spending during the decades after that is equally false – despite his “benefit of hindsight”!

It is remarkable that a scholarly journal, such as “Rationality and Society”, publishes an article as poorly researched as professor Rothstein’s.

Also available is “The Universal Welfare State as a Social Dilemma.”

Erik Moberg received his Ph.D. at the University of Gothenburg. He has worked at the Swedish Research of National Defense, as an energy consultant, and currently as a journalist. He is author of numerous works, with his latest being Toward a Science of the States: Their Evolution and Properties.

St. Augustine: The Limits of Moral Action and Politics

Voegelin, Freud and Totem and Taboo