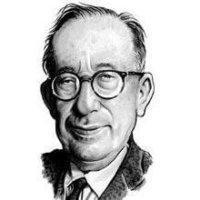 Having carefully read Colin D. Pearce’s study of the critics of Leo Strauss and Strauss’s still flourishing school of thought, I am left with the sense that Pearce’s essay shows a gaping hole. He devotes relatively little attention to right-wing commentators on Strauss, who seem to be at least as interesting as other critics. His infrequent mention of the subjects of my book on Strauss may be attributed to an obvious PR problem: My guys have much less access than Pearce’s subjects to the national press and the conservative establishment. Leftist critics of Strauss likewise enjoy far more journalistic and academic presence than my preferred critics. One reason that I prepared my book was to familiarize readers with criticism of Strauss associated with the intellectual Right. From the deadening silence that greeted my efforts (with the exception of a kindly commentaries by Kenneth McIntyre, Andrew Sullivan and Grant Havers) my tome was hardly a game-changer.

From comments in his footnotes, it seems that Pearce is mostly familiar with my relevant views through my observations in Humanitas. These were attached to a symposium that also included Claes Ryn and Grant Havers. The thrust of my argument in Humanitas, which was also present in Ryn’s commentary, concerned the symbiotic relation between Straussian hermeneutics and neoconservative politics. Not all disciples of Strauss thought this connection was something to be welcomed; and my friend Stanley Rosen, though a certified disciple of Strauss, was as annoyed by it as I was. In his Humanitas remarks, Havers agreed with our observations about the politicizing tendencies of our subjects but also rejoiced that Straussians promoted the study of political thought. He also commended them for posing useful questions about important political texts.  The third symposiast, Ryn, emphasized the “neo-Jacobin” character of Straussian politics, a characterization that Pearce regards as central to my complaints about Strauss’s followers.

But my book moves in other directions from the comments that I offered in Humanitas. The same is true for Havers’s monograph on Strauss and his disciples. Neither book should be viewed as a mere recycling of views first presented in Humanitas, which seems to be Pearce’s main source for what we said about Strauss. Further, there is no single “right-wing” interpretation of Strauss and his school that is reducible to an attack on “neo-Jacobinism.” Almost all critics from the intellectual Right comment on the obscuring or misuse of history among Straussians, but what specifically they criticize differs in accordance with their other thematic emphases. Mark Shiffman in an excellent comparative study examines the differences between the “two versions” of Straussian criticism that he locates in Grant Havers and me.

Havers scolds the Straussian glorifiers of “Anglo-American democracy” for pointedly ignoring the Protestant Christian framework of their most acceptable modern regime. He goes after their attempt to treat liberal constitutional government as independent of any firmly established religious tradition, and he is particularly exercised by the whitewashing of pagan antiquity that some of his subjects engage in when they selectively present ancient Hellenic thought. His approach can be easily distinguished from that of Ryn, who views the Straussians as ideologically crazed military interventionists. According to Ryn, one should always look for political agendas when these people speak about “political philosophy.” Ryn’s background is in aesthetics and ethics more than in political theory; and this comes out clearly when he chides the targets of his attack for their unbridled will to power and arrogant attempt to inflict on the entire globe contemporary American political fashions. Ryn scolds them for their “abstract universalism” and failure to respect traditional societies that do not conform to their transformational blueprint.

My book deals extensively with the hermeneutic problem that is inherent in the works of Straussian political theorists. I note that my subjects read their own worldview back into past thinkers. This tendency colors their interpretation of texts, which rests on the assumption that long-gone authors were forced to express their views “esoterically.” I try to prove that absent certain political positions, a reader would have trouble embracing these esoteric readings that invariably reflect the religious skepticism of the interpreter. But beyond my own questioning of the Straussians’ hermeneutics, I survey the critical observations of other scholars who challenged their signature interpretations. For example, I present the critical views of Barry Shain, M.E. Bradford, George Carey and Forrest McDonald in offering correctives to the treatment of the origin of the Declaration of Independence among prominent Straussians. I also raise questions about the minimizing of the stated theological convictions of those whom Strauss’s disciples regard as “political philosophers.” Here we encounter the Procrustean bed of secular modernity into which interpreters force their subjects. Dead philosophers are of course in no position to argue back.

Finally I hold up the German hemeneuticist Hans-Georg Gadamer as an alternative reader of texts in relation to Strauss and his disciples. Unlike these interpreters, Gadamer recognized the role of subjective circumstances and one’s historical position in influencing how one studies philosophical and political thinkers. Gadamer regarded “prejudice” as an integral part of how one reads texts, although he also argues the reader should critically examine his own subjectivity and remove unfounded bias in trying to understand past thinkers. Gadamer (to use a Straussian Schimpfwort) is a “relativist” because he takes into account the historical and biographical situation in which he reads texts. But the alternative, I suggest, is a pretentious, presentist interpretation that pretends to be authoritative.

What may make my work on Strauss truly objectionable to aficionados is my emphatic denial that Straussians are teaching and writing against the grain. I contend that to the contrary their acceptance in leading universities as professors and their access to the New York Times, Washington Post, and all mainstream conservative publications can be traced back to the fact that they are saying utterly conventional things. Or at least this was the case for as long as liberal internationalism, Zionism, and the slow expansion of the American welfare state were establishment views. When this ceased to be the case and after the conservative movement tended toward the Left under the influence of the neoconservatives, the Straussians became honored representatives of the “moderate” conservative opposition. This political positioning maybe far more critical for understanding their professional success than their Averroistic reading of Plato’s Phaedrus or Strauss’s discovery of a skeptical strain in Maimonides. And, oh yes, I fully accept the charge that high-placed Straussians network in such a way as to advance their group interests while relentlessly working to keep out competitors. I suffered grievously more than once for being their unwanted rival.

Paul Gottfried is Raffensperger Professor of Humanities Emeritus at Elizabethtown College. He is the author of thirteen books, most recently Fascism: Career of a Concept and Revisions and Dissents (Northern Illinois, 2016).

Big History and the Religious Perspective

On the Measure and Conversation of Human Things