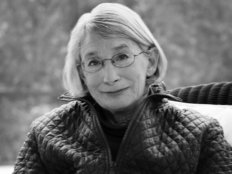 As Sir Philip Sidney wrote (1580), summing up the tradition which was then new, the poet nothing affirmeth. This negative defense of poetry has proved worthy in the modern crisis of logical positivism, where conceptual clarity, more geometrico, served as the only model of truth. But with the rediscovery of metaxological thinking, at its most refined in the work of William Desmond, we can now say that we have a new model of reality that not only supports poetic experience but reflects the structure of poems.

In the definition provided in the Glossary of ‘The Intimate Universal’ (2016)— see below— Desmond provides a useful short definition of Metaxology. Based on his fourfold sense of being—-univocal, equivocal, dialectical, and metaxological—-he argues that all is in relation. The four senses don’t cancel each other out. In poems, the narrative moves from univocal to metaxological, from determined clarity to the full relativity of the between. In this definition Desmond indicates the narrative as moving through the senses to a truer account. The between, he says, is ‘open to the poetics of the trans-systematic.’ But the goal of the poetic narrative is not a dialectical whole. Though the narrative moves through the senses of being dialectically, it concludes on the threshold of an open whole. The poet nothing affirmeth, but the poem reveals the form of metaxological being.

The between is plurivocal. The popular American poet Mary Oliver had mastered the four senses of being so that her poems could flow in the patterns of the between. We see this flow, which concludes with an image of the ‘intimate universsl’—- ‘the family of things.’ The univocals of cultural ‘goodness’ are treated first. Next she moves through the equivocity of animal being. Then the dialectic moves into the abyss of the self’s despair and the otherness of nature. The pattern takes on a shape with the metaxological between open to the imagination. Something calls from the beyond and this voice ‘calls’ to you announcing your place in the open whole. From the self’s despair to the agapeic family: this poem traces the fourfold senses of being with great finesse.

On Behalf of Ignorance: Stefan George

Nationalism and Religion in Post-Soviet Russian Civil Society: An Inquiry into the 1997 Law “On Freedom of Conscience”