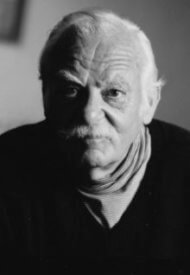 Following links and then further links, in the way the internet makes so easy, so interesting, and sometimes more than a waste of time, your columnist came on an American writer of the first part of the last century, and began to read excerpts such as:

“The literature of Greece and Rome comprise the longest, most complete and most nearly continuous record we have of what the strange creature known as Homo sapiens has been busy about in virtually every department of spiritual, intellectual and social activity.”

“In the period I speak of, the Spanish War and its consequences in the Caribbean, the mid-Pacific and the Far East were before the public. I was looking at our first full-blown adventure in overseas imperialism, and a most amazing and repulsive sight it was.”

“There it was, precisely. I could see how “democracy” might do very well in a society of saints and sages led by an Alfred or an Antonius Pius. Short of that, I was unable to see how it could come to anything but an ochlocracy of mass-men led by a sagacious knave.”

“My second qualification was the belief that a good executive’s job is to do nothing, and that he can’t set about it too soon or stick at it too faithfully.”

Reading this as a matter of style, (we will leave aside for a moment the sentiments themselves), was more than a little disconcerting. Whatever we had been fumbling towards in our own prose had, apparently, already been achieved, and much much better. It was as if an amateur musician had been carrying out some experiments in form and a friend had said:

Oh, you’re trying to do a fugue.

The quality of this voice is unmistakable. It is utterly American, old fashioned, genial, and a little aggressive. It sounds a lot like Mencken. It sounds more than a little like Twain. There is even a faint overtone of W.C. Fields.

Albert Jay Nock (1870-1945) (hands up those who guessed. Be honest) was born in Scranton, Pennsylvania and raised in Brooklyn. He became a baseball player, an Episcopal priest, and then a journalist, working first for The Nation, then as editor for The Freeman, than as a freelancer. Along the way he made himself the founding father of the American libertarian movement, the ancestor of the paeleoconservatives. Nock was happy in opposition. He opposed the Spanish-American war, the first world war, most of the New Deal, and the second world war. This impressed a lot of people, including Mencken and, near the end of his life, oil-tycoon W.F. Buckley Sr.

Nock must have been a treat to listen to. His tone is self-confident, even outrageous, like the best after dinner speaker you ever heard, or your opinionated Uncle at Thanksgiving, if your uncle was a genius.

What did he talk about? Economics and society was the formal subject matter, but his message was:

How. The. world. Really. Operates.

Well, for heaven’s sake, we all want to hear that, Mr. Nock. We all suspect we are being fed lies.

What is Nock’s take on this interesting subject?

According to this way of thinking, the pursuit of human ends can be divided into two forms:

the productive or economic means,

and the parasitic or political means.

Everything that goes on among human beings toward getting something useful done, like farming or making steel, amounts to Society.

All things parasitical and rapacious are summed up in The State. In fact, the state is founded with a view toward plunder, rapine and oppression, and flourishes so far as it can continue these beautiful things.

The positive testimony of history is that the State invariably had its origin in conquest and confiscation. No primitive State known to history originated in any other manner.

Nock is remembered now for his autobiography The Memoirs of a Superfluous Man, and for The State Our Enemy. A good name and states the case. Working along these lines, there is no difference in essence between the federal government and the Chicago mob.

Most deplorable and a very comforting thing to hear. When things are not going right, on a micro or macro scale, it is a relief to learn that it is neither your incompetence nor the simple blunt physical facts that are causing pain, but the wickedness of your enemies. To understand this truth is to know the secret of the created world.

But and but, cynicism is an attitude, not a scientific position. There may be only a few honest men in town, but the assumption of cynicism (that all men are rascals) will discourage the effort to find those who are on the straight.

Nock got one large thing right. Absent a transcendental foundation to your ontology (which is a nice phrase for God) human society will resolve itself to out and out predation. Why shouldn’t it? That’s what animals do, and if we are no more than animals that’s what we will do. The state may be our enemy at the moment, but that is a corruption. The principle that the good of one thing is not the good of another (which C.S. Lewis called the Axiom of Hell) will make the state our enemy per se, and also your mother-in-law and Ben and Jerry’s.

Men and women of sense have learned, with sorrow, that the world is a much more mixed bag than that. Like an old apple, the world has sound parts and rotten parts and both have to be remarked on and evaluated. This is the reason it is such a complicated pain-in-the-backside to deal with.

Further, if Nock’s assumptions are valid then they must affect the cultural world as well. Nock is always going on about the decayed culture of his times.

And here we touch on troubling issues.

What was Nock’s own take on this? We know from his words that he thought the world a pretty poor place, and that part of the problem was the state-society division we mentioned. But what was his view of the being of this? Did he consider it as just how things are, or as how things have to be, or how things ought to be? If it is ill governed, how should it be governed? Did he seriously think New York City could be operated on libertarian principles? That’s how they run Mogadishu.

Moreover Nock said a number of things that make one a little edgy.

He argued that the majority of human beings were not, in fact, human. He was working here from an essay by Ralph Adams Cram “Why we do not behave like Human Beings” (Cram’s answer: most of us aren’t). Was this said for effect, or as fact? There were a lot of opinions to this end around at the time, many among the stars of the modernist movement. More on this can be found in John Carey’s The Intellectuals and the Masses.

Akin to this was a notion about saving a cultural “remnant”, a small section of humanity worthy saving, and ignoring the rest. This seems to your writer to lack charity, and if it lacks charity it comes to stupidity.

Was the voice of AJN entertaining? Hell yes. Did he write well? As well as anyone since Chesterton, and that is saying a lot.

But heard with understanding, that voice begins to sound a little bullying, a little tinny, a little overconfident in its powers, a little too pleased with itself. Listen, but be careful.

The Fantasy of Promiscuity