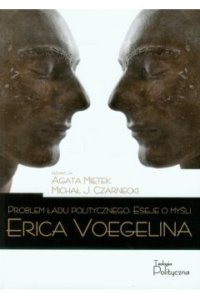 Essays On The Thought of Eric Voegelin [Eseje o mysli Erica Voegelina] is the first major anthology of texts on Eric Voegelin’s philosophy that has been translated into Polish. This is yet another proof that twenty-five years after the philosopher’s death, his oeuvre becomes increasingly popular and still reaches new frontiers. Although the first journal article on Eric Voegelin was already published in Poland in 1985,1 it is not surprising that in a country situated behind the Iron Curtain, the wider reception of Eric Voegelin began after 1989.

In 1992 Paweł Spiewak translated New Science of Politics 2 into Polish, which was followed by a number of articles and commentaries. Still, in Poland the knowledge of Eric Voegelin’s works up to the more recent years was limited to a relatively small group of specialists. It was only in 2009 and 2010 that a new publisher and at the same time owner of a journal on political philosophy decided to further advance the reception of Eric Voegelin’s thought in Poland. The editors of Political Theology [Teologia Polityczna], which is the name of both the journal and publisher’s trademark, first translated a part of volume three of Order and History under the title Plato [Platon]3 and then ventured to publish a volume consisting of essays written by some of the best Voegelinian scholars and their adversaries.

The authors of the essays include: Bernhard W. Anderson, Bruce Douglas, Dante L. Germino, Thomas W. Heilke, Hans Kelsen, Stanley Rosen, Ellis Sandoz, William M. Thompson, Eugene Webb, Frederic D. Wilhelmsen and James L. Wiser.4 Both books published under the logo of Political Theology are professionally edited, printed in over a thousand copies, and furnished with well written forwards, complete indexes, and lists of supplementary readings. Since, so far, the Polish reader, has only been acquainted with The New Science of Politics and parts of  Order and History, the majority of essays touch upon the subjects presented in those two works.

The editors organized the texts into two blocks entitled “Athens” and “Jerusalem” preceded by an excellent foreword by the editor–Michał J. Czarnecki. In Czarnecki’s words, the choice of names of the two parts “is motivated by the conviction that the topic of the tension between theology and politics, as depicted in the composition of the essays, is the fundamental axis of Eric Voegelin’s mature thought.”5  Athens and Jerusalem are indeed a powerful pair of symbols. In modern European philosophy this comparison was famously revived in a book by Lev Shestov–a Russian existential philosopher. Shestov writes:

“‘Athens and Jerusalem,’ ‘religious philosophy’–these expressions are practically identical; they have almost the same meaning. One is as mysterious as the other, and they irritate modern thought to the same degree by the inner contradiction they contain. Would it not be more proper to pose the dilemma as: Athens or Jerusalem, religion or philosophy ?”6

In his work Shestov reveals that he is inclined to sacrifice Athens to attain his irrational, dark, mystical vision of Jerusalem. Voegelin, on the other hand, is not a philosopher of dichotomy but a philosopher of unity. He was deeply concerned with the violent wars of doctrines that became and hallmark of modernity. Thus, where others saw irreconcilable division, Eric Voegelin saw the oneness of human experience reflected in politics, philosophy, religion and science. Some commentators understood his motives and sympathized with the noble undertaking. They also realized that in modern existential conditions such a project necessarily has to remain open-ended. Others accused  Voegelin of doctrinal impurity and kept shouting out to the world: “He is not of Athens!” or “He is not of Jerusalem!” Both sides are represented in the Essays on the Thought of Eric Voegelin, which makes it a truly fascinating book.

Let us start with those authors of the essays who find some value in the great Voegelinian project of unification of theophanic, political, and philosophical experience. In the “Athens” part of the anthology, the first resounding “yea” for Voegelin is that pronounced by his former student, professor Ellis Sandoz.7 In his essay Sandoz explains the nature of Voegelin’s return to the Aristotelian method. This methodology, according to Sandoz, allows Voegelin to understand politics as a process of differentiation of symbols that have their origin in myth, which in turn originates in a transcendental experience. Sandoz points out that according to Eric Voegelin, as well as Ernst Cassirer, philosophy in general deals with an expansion of certain forms of articulation. This approach allows Voegelin to describe both the unity and differentiation of his subjects inquiry–forms of political articulation.

The three other “yeas” for Voegelin expressed by the “Athenians” are those of James L. Wiser,8 Dante Germino9 and William M. Thompson.10 Wiser examines the importance of the Anglo-Saxon common sense in Eric Vogelin’s thought, which at least in form is quite Germanic. Germino, on the other hand, praises Voegelin for his interpretation of Plato and the defense of the Greek classics against primitive anti-utopianism. Finally, William M. Thompson looks at an interesting aspect of Voegelin’s return to philosophy as a way of life , namely, the connection between philosophy and meditation.

In the “Jerusalem,” section, Voegelin thought finds value in eyes of Bernhard W. Anderson, Eugene Webb and Thomas Heilke. Anderson focuses on the fact that unlike many contemporary thinkers, Voegelin sees the importance of incorporating of the religious perspective into any political inquiry. Webb focuses more specifically on the link between theology and history in Voegelin’s thought. It would seem that, for Webb, religious experience, as interpreted by Voegelin, is to a large extent the driving force behind political history.

The closing essay in the volume is an essay by Thomas Heilke, who draws attention to Voegelin’s reluctance to be associated with institutionalized forms of religiosity. With all probability, this is one of the most interesting works in the volume. Heilke focuses firstly on the fact that Voegelin was appalled by the approach many churches adopted towards National Socialism in Germany. Secondly, he reminds the reader that the notion of Christianity is wider than the notion of  a church in the somewhat sectarian modern meaning of the word. Finally, Heilke draws a parallel between Voegelin and the great medieval thinkers for whom the Church was a mystical entity, not a purely institutional one and who genuinely sought to find paths to God rather than just ways to emulate  a specific, closed doctrine. Heilke’s  concluding argument is very important as it draws the reader’s attention to the fact that modern philosophical debate tends to become hopelessly dogmatic. It is precisely this sombre reflection that makes the whole anthology a worthwhile reading, since it is best illustrated by the negative criticism of Voegelin’s life and work as presented in the volume.

The most critical essays seem to be the spice that gives the whole anthology its unique intellectual flavor. The “nays” pronounced against Voegelin in the volume are contradictory and factional in the extreme, but also very telling. If the same man is at the same time accused by major scholars of a Christian bias and omitting Christ, as well as of reviving Platonism as well and misconstruing Greek philosophy, then such a man must be a great thinker. This paradoxical conclusion is Socratic in its nature. The essays of Hans Kelsen, Stanley Rosen, Frederick D. Wilhemlsen, and Bruce Douglass all prove that Eric Voegelin was a real philosophical “gadfly” who manged to painfully bite the lazy horse of modern political philosophy.

Kelsen, for instance, openly defends normative “relativism”11 in politics, but at the same time finds some “moral consequences”12 of value-free political science assessments. He does not notice that since the very purpose of any governance is creating something better than anarchy any possible political inquiry is an inquiry pertaining to certain “values” rather than just mechanism of power. And as Carl Schmidt–another acquaintance of Eric Voegelin–painfully learned, apparently there are political arrangements even worse than total anarchy. In short, “total war” turned out to be a greater horror than “the war of all against all.” Sadly, a whole generation of the positive thinking, value-free German and Austrian social scientists failed to notice that difference. Still, Kelsen demands that political science should never try to modestly claim that certain values in the realm of politics are simply inalienable. Naturally he disapproved of  any attempt to include Christian philosophers and theologians in the political context.

Another essayists in the “Athens” section, Stanley Rosen, also attacks Eric Voegelin for adhering to “anti-rational, Christianized, existentialism.”13 Rosen, however, belongs to a different faction from Kelsen within the “Athens” group.  He seems to suggest that observing a certain continuity between the Christian authors and the classics is inherently wrong because Greek philosophers should be read only in their original, sterile context.

It is amusing to read, just a moment later in the “Jerusalem” section, that Bruce Douglass accuses Voegelin of something opposite and claims that Voegelin just uses Christianity instrumentally and adjusts it to his reading of the classics. The argument is repeated by Wilhemsen, who first claims that Voegelin is a classical Platonist. Later, he does not hesitate to declare ex cathedra that Eric Voegelin “does not believe [in Jesus]”14 and is “irritated”15 by real Christians. With zeal, Wilhemsen  repeats the fundamentalist arguments of Tertulian and claims that for a Christian the cross is the only possible symbol that defines the political realm. Indeed, the critics of Voegelin fully confirm his own reflection from the Ecumenic Age: “With the egophanic deformation of the Symbol into the System, and the self-representation of the thinker’s consciousness as the divine Word of the Beginning, we are at the center of the ideological dogmatomachy that occupies the public scene with its murderous grotesque.”16

Poland is, in a way, one of the major arenas of Voegelinian dogmatomachy–the battle of ideologies. It is the furthest to the east of the Western countries; thus, Poland had to face both the imperialism of the Asiatic successors of the Great Khan and the great heresies of the West. Finally, it was almost completely destroyed by a deadly concoction of both. From an historical point of view, this should make Poles especially sensitive to the early warning issued by Eric Voegelin. It should also make their political culture sensitive to the fragile relations between the immanent and the transcendental.

Rejecting Kelsen’s admonitions, Poles, as well as other Central and Eastern Europeans, understand all too well that the study of politics should never be value-free. Moreover, contrary to religious fundamentalism of Wilhemsen and in accordance with Voegelin’s thought, Poles have devoted little time to purely technical, theological debates. The Polish Commonwealth in the age of Reformation was known to be the only European state without stakes; a state where numerous protestants and Catholics, lived, worked and published in harmony. Although mindful of those traditions, modern Poland is still relatively young–it only recently turned twenty and it is still, to a large extent, in the period of what in German literature is called Sturm und Drang. However, it is somewhat reassuring that now more and more Poles are reading Voegelin and his commentators.

4. Bernhard W. Anderson, “Politics and the Transcendent: Voegelin’s Philosophical and Theological Exposition of the Old Testament in the Context of the Ancient Near East,” in: Voegelin’s Israel and Revelation. An Interdisciplinary Debate and Anthology, ed. W.M. Thompson, D.L. Morse, (2000, Marquette: Marquette University Press).

Michał Kuź is an Assistant Professor of Political Science at Lazarski University in Poland. He is a former Fulbright scholarship recipient and a graduate of the Louisiana State University. He also writes regular columns for "Rzeczpospolita" and other Polish magazines and is an expert with the Jagiellonian Club Center for Analysis.

What Hope for the Secular City?

The Fortunes of Permanence