Ken Boessenkool is a founding partner in Kool Topp & Guy Public Affairs and has published with the CD Howe Institute, AIMS, the Centre for the Study of State and Market at the University of Toronto, the Fraser Institute, Canada West Foundation and the School of Public Policy at the University of Calgary. He has worked for, or volunteered in a senior capacity, for Ray Speaker, Preston Manning, Jim Flaherty, Stockwell Day, Jim Dinning, Stephen Harper, Christy Clark and Ric McIver. Sean Speer is a senior fellow at the University of Toronto’s School of Public Policy & Governance and a former adviser to Prime Minister Stephen Harper. 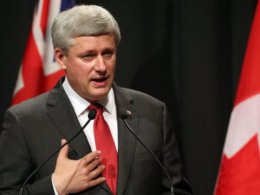 I. Introduction The dust has finally settled following the 2015 federal election. A new government has been sworn in. Outgoing Parliamentarians have departed. A leadership race to…