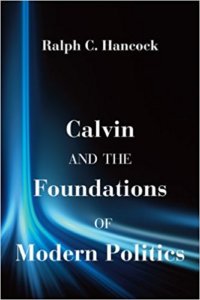 Leo Strauss’s injunction to endeavor to understand an author as he understood himself is certainly a very wholesome corrective to the facile and dogmatic historicism he taught us to contest.  And the honest pursuit of an author’s deliberate intention is always a good place to start.  But such an intention can only guide us so far, for the simple reason that to have perfect awareness and command of one’s own intention would require knowing perfectly well not only the implications of the matter one treated but also the stakes of one’s own authorial activity.  In a word, to grasp the meaning of a text transparently and without remainder would seem to require that both the primary author and the interpreter had arrived at an adequate and stable grasp of the truth of the whole or at least of their own relation to such truth.  Perhaps this is what Strauss believed of Plato and of himself as a reader of Plato; perhaps he thus sincerely claimed absolute knowledge of Plato’s intention and, what is no less ambitious, of his own intention in interpreting Plato.

If we consider Strauss as reader of an author in any way inferior to Plato – Machiavelli, let’s say – then it is impossible to understand his hermeneutic principle simply as faithfulness to the author’s intention.   Insofar as the author fails to know the truth and his own relation to the truth, then he cannot be supposed in full command of his own intention, and this intention cannot provide a stable object for the interpreter.   Thus Strauss writes of his Founder of Modernity:

“[P]hilosophy and its status is obfuscated not only in Machiavelli’s teaching but in his thought as well.  That moral virtue is a qualified requirement of society is infinitely clearer to him than that it is a requirement of philosophy or of the life of the mind.  As a consequence he is unable to give a clear account of his own doing.  What is greatest in him cannot be properly appreciated on the basis of his own narrow view of the nature of man.” [Thoughts on Machiavelli, p. 294]

Mine is a strong reading, in some respects perhaps a “violent” reading of John Calvin’s Institutes of the Christian Religion.  I would never claim simply to understand Calvin as he understood himself.  Even less would I claim that my single-minded engagement with Calvin’s magnum opus does complete justice to some larger historical phenomenon called “Calvinism.”   What I would claim is, by taking fully seriously Calvin’s insistence on God’s infinite remoteness from any intelligible human purposes, to have illuminated the problem of radical transcendence as a problem inherent in Christianity, and to have reconfigured the problem of modernity in the light of this investigation.  To state my thesis in terms fully developed only after the first publication of this work: what I thought I had shown was that, in Calvin’s thought, the radicalization of transcendence tends to collapse its vertical dimension (human meaning understood as grounded in concrete, socially and politically represented experiences and notions of “high” and “low”) and thus to redirect the whole energy of non-instrumental longings to the horizontal plane (the spiritualization of ordinary and universal human interests).  (See my The Responsibility of Reason, Rowman and Littlefield 2011, ch. 3.)   In a word, my strong reading of Calvin uncovers a surprising continuity between radical transcendence and radical immanence, a continuity that mirrors (and, I propose, in historical practice colludes with) the philosophical coupling of extreme subjectivity (the Archimedean point of leverage assumed by modern science) and extreme objectification.

Even readers impressed by the parallels I bring to light between Christianity and modernity are likely to harbor objections based on common sense to the proposition that modern democracy is somehow a descendent of Christianity.  Such objections must be taken seriously.  One such complaint (not against my argument in particular, but against the “secularization thesis” more generally) appears in the very interesting and insightful set of interviews the French Political Philosopher Pierre Manent has just published as Le regard politique (Flammarion 2010):

“To say that democratic equality is the secularization of Christian equality is to affirm a proposition that is logically inconsistent or incoherent, a proposition that self-destructs.  This is because the very meaning of Christian equality resides in God; it has to do with the other world, whereas democratic equality has to do with this world… [thus] we have two radically different ideas.” (pp. 226-227; my translation)

This straightforward objection is on its face compelling and, I am inclined to say, it should be true.  But the problem , as Pierre Manent understands as well as anyone,  is that a certain “leakage” between the “two worlds” is inevitable: each world can only be understood in relation to the other.  If “the other world” means anything at all, its meaning can only be a projection of figures of transcendence at work in this world, this ethical and political world in which we live, act and have our being.  But the tendency of both Calvinist Christianity and of modern progressive-materialist philosophy is to deny the authority of any such concrete representations of transcendence and thus to deny the availability of any stable and intelligible “world.”  This denial is the ruin of the “moral analogy” that connects soul and city, a ruin that inspires dread in  Tocqueville’s soul, and which he certainly understands to issue ultimately from the Christian relativizing  of worldly authority.   Thus Pierre Manent allows himself this reproach to Christianity, namely that it has been guilty of “excessive mistrust and sometimes plain hostility towards human pride . . . ”  (p. 234)  But is this hostility not in a sense also the essence of modernity?  Manent has elsewhere written: “The arrogant [classical] philosopher is superior to other men, but the modest [modern] sociologist is superior to the very humanity of man.” (City of Man p. 77)  Tocqueville made the same point when he lamented, apropos of modern materialists: “[W]hen they believe they have sufficiently established that they are only brutes, they show themselves as proud as if they had demonstrated they were gods.” (DA II.ii.15)

Both modernity, in its philosophical purity, and Calvinism, in my instructively ideal type, are unthinkably radical because of their refusal of reflexive responsibility (Responsibility of Reason ch. 2), their contempt for the space in between gods and beasts, their failure to account positively for the being of the author himself within a humanly meaningful world.  Of course radical Calvinism and modernity are not for the same thing, because they are not for anything; rather, they are both against both worlds, because they are against the continuity between this world a higher world.  One might say, then, that the “secularization thesis” is only true negatively; but this is to say a lot, because the essence of both Calvinism and modernity is negative, neither other- or this-worldly, but unworldly, anti-worldly.

Ralph C. Hancock is a Professor of Political Science at Brigham Young University and President of the John Adams Center for the Study of Faith, Philosophy and Public Affairs. His books include Calvin and the Foundations of Modern Politics (Saint Augustine’s, 1989) and The Responsibility of Reason: Theory and Practice in a Liberal-Democratic Age (Rowman and Littlefield, 2011). He has also translated numerous works from French, the latest being Pierre Manent's Beyond Radical Secularism (St. Augustine's, 2016).

The Monstrous Politics of Leo Strauss

Platonism and Augustianism: Two Sources of Voegelin’s Vision of History

For Love of Democracy: Eros, Reverence, and Ritual in Plato’s Laws