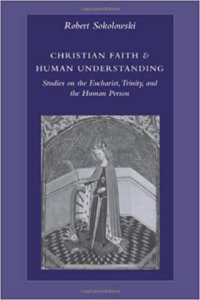 Professor Mark Malvasi in his delightful book, The UnregenerateSouth, says that John Crowe Ransom, the Fugitive Poet, Agrarian, and noted critic, believed “Science flattered men’s vanities and quieted their apprehensions. Like modern Christianity, science offered men hope that they could escape death.” In his poetry, essays, and novel, Ransom was able to bring forth a powerful criticism of technology and technique while decrying the failure of “modern” Christianity to respond. The apparent incompatibility of reason and revelation was exacerbated by the failure of the Church in its effort to mollify the divine Word of God (Logos) and the “scientific worldview.”

In the end, Ransom rejected the notion that contemporary man would return to orthodox Christianity, commenting that man had become so caught up in the exigencies of modernity he could never again find the “words of the prophets or psalmists congenial or meaningful.” With modernity unchallenged by orthodox Christianity, Ransom placed his hope in poetry to save the last vestiges of religious imagination and to turn men back to the Platonic act of contemplating nature — in taking delight in “meditating on its beauty, majesty, and mystery.” Poetry, he reasoned, might reawaken the spiritual “heart” of men.

We may be critical of Ransom’s retreat into the aesthetic but we might temper that criticism with Alan Tate’s thesis in his brilliant essay, “Religion and the Old South,” where he wrote, “They (the South) had a religious life, but it was not enough organized with a right mythology. In fact, their rational life was not powerfully united to the religious experience, as it was in medieval society, and they are a fine specimen of the tragic pitfall upon which the Western mind has always hovered.” Tate goes on to comment that “when the post-bellum temptations of the devil, who, according to Milton and Aeschylus, is the exploiter of nature, confronted them, they had no defense.” Alan Tate, Ransom’s dear friend and fellow Fugitive and Agrarian, understood the spiritual quickening roiling in Ransom’s “heart.” Here, Ransom had witnessed the truth and was now given a choice, and his choice had come up a bit short because he lacked an understanding, or I should say the right understanding, of the compatibility of the rational and the revealed.

I mention these Agrarians in tribute to their prescience, honesty and forthrightness in dealing with the debilitating effects of modernity. They were joined by the Catholic Distributists — G. K. Chesterton, Dorothy Day, and Hillare Belloc — as fellow intellectuals who offered substantive critiques of technology. There is then a resemblance between the essentially Protestant, Southern Fugitives and Agrarians and the Catholic writers, whether American or English, and in recent years there have appeared a number of thinkers who are both priests and philosophers — thinkers who not only critique modernity but call witness to the spiritual and intellectual congeniality of reason and revelation.

One such priest philosopher is Monsignor Robert Sokolowski, whose recent book, Christian Faith and Human Understanding, is a successful example of  balancing  erudition and piety, knowledge and grace. The author offers nineteen essays; each a scholarly and reverential treatment of its thesis. These essays moved me and even shocked me — much like a splash of water from a Spring freshet. In one essay, Sokolowski examines the work of German philosopher Robert Spaemann whose contribution to the debate is centered on the idea of the “heart,” an idea unique to the New Testament that represents the foundational concept of the “person.”

Spaemann declares the “heart” to be the “point or place” where we choose either right or wrong, good or evil, indeed, as Sokolowski asserts, the “heart” is the “impulse” for or against the truth. And, as rational creatures, if we are to become “agents of truth,” the highest order of men, then surely the “heart” is the place where we will succeed or fail, where we will “become what we are before the Lord, God!” Sokolowski summarizes: “It (the heart) can be either cultivated or blighted, and whichever occurs is our doing, which is why Christ so severely reprimanded those who refused the truth to which he bore witness.”

In the final two groups of essays Sokolowski addresses the question of faith and the human person. Among his forays he offers a direct critique of reductionism, and explains how the human person transcends “the space, time, and causation that are proper to the body” through the man-mystery of spirit, soul, and matter. Sokolowski  repudiates modernity’s constant and demonically inspired effort to reduce man to a Darwinian accident, the material being, and calls upon the Church and her people to challenge the forces of modernity by beginning the process of thinking in “Christian categories,” of seeking a “deeper understanding of human spirituality, and to formulate it in terms that are appropriate for our day and age. . . .”

In the end, the question is: Can the proper spiritual condition of man be restored in the modern world? Msgr. Sokolowski, much like the Southern Agrarians and Distributists, recognizes the horrors of modernity. He seeks then a better way, where man is understood as material and spiritual, and God is understood as transcendent and generous. Sokolowski is calling for nothing less than the ordering of modern life around and through the Death and Resurrection of Jesus Christ. We would be wise to listen.

Review of Aldous Huxley: The Political Thought of a Man of Letters

Gnostic Wars: The Cold War in the Context of a History of Western Spirituality