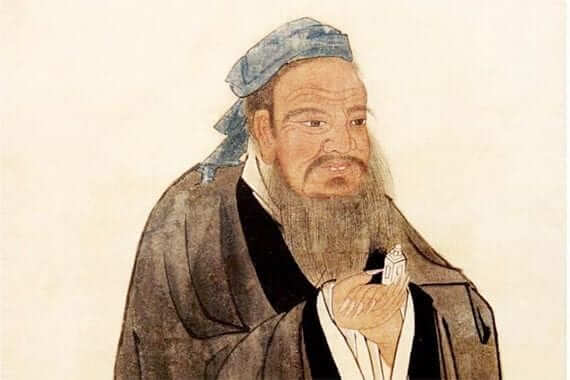 The rise of East Asian economies over the past thirty years has mesmerized the world and has garnered attention and inquiries to help explain the phenomenon. Since the 1960s, Asia, the largest and most populous continent, has witnessed faster growth than any other region of the world. The East Asian economies like Japan, China, and the four pacific tigers’—Hong Kong, Singapore, Taiwan, and South Korea— impressive rise since the closing years of the Cold War compared to countries like Canada, Scandinavia, and Israel over the same period merits attention. China’s high paced economic growth have lifted millions of people out of extreme poverty, which has led to a renewed interest in its decision-making models and the Confucian values which are believed to underlie it. The usage of the term Confucian values needs a bit of explanation since many scholars point out the work of German sociologist and political economist Max Weber’s thesis on The Protestant Ethic and the Spirit of Capitalism (1905) to show the incompatibility of the Confucian ethos and rational entrepreneurial capitalism. However, many critics challenge this notion by pointing out the “economic miracles” of many East Asian countries. While traditional Confucian values may have been an obstacle to the development of modern capitalism in these countries, select Confucian ideas like the emphasis on thrift and hard work, respect for education, and respect for authority have proved to be useful in the economic development of East Asian economies. However, Japan’s case of economic stagnation in recent decades has raised many questions about the values inherent in the Confucian legacy.

Before we delve into the role of Confucian values and their impact on the rise of East Asian economies, let us look at what Confucianism is exactly. Confucianism is the system of philosophical and ethical teaching propounded by Confucius. Confucius is the Latinization of “Kong Fuzi,” or Master Kong, who lived around 2500 years ago in the northern Chinese state of Lu during the waning days of the Zhou dynasty. The oldest record of his life and ideas are found in the Analects, a book containing the fragments of his conversations with his disciples gives us a glimpse into his life story. The late Professor Irene Bloom from Columbia University makes an interesting symbolic reference which sumps up Confucian values: “The Confucian value system may be likened in some ways to a tripod, which is one of the great vessels of the Shang and Zhou Period and a motif that reoccurs in later Chinese art.” Each one of the three legs of the vessels represent the key values of Confucian teaching and is active in Chinese culture and the broader East Asian civilization ethos. Three crucial concepts in Confucian value systems are xiao (filial piety), ren (humaneness), and li (ritual consciousness), which together are supposed to shape a person’s psyche, moral consciousness, and assist one in dealings with the vagaries of the world.

The rise of the “pacific tigers” with a sustained average annual growth rate at 10% impels us to look beyond the economic and political case in the cultural context. Generally, economists and political scientists have tended to support the role of economic and political institutions to help explain why East Asian countries were able to achieve successful economic development. However, a balanced view is needed in combining all three approaches (economic, political, and cultural) to offer meaningful insight since none of them alone provides a complete explanation. Put differently, it is less of a question of what set of factors is most conclusive than how these factors worked together. The founders of many modern Asian states—South Korea’s Park Chung- hee, Taiwan’s Chiang Kai-shek, Singapore’s Lee Kuan Yew—were consciously Confucian and have often relied on the Confucian rulebook as they navigated their societies through the rigors of modernization (Kaplan 2019). These countries have seen the manifestations of enlightened authoritarianism and corruption as a by-product of embracing Confucian ethics, which has slowly evolved into parliamentary systems, and have accountable democratic institutions.

Confucian educational thought and practice have had a far-reaching impact in China and other East Asian countries such as South Korea, Japan, and Singapore that has led to its educated workforce. In her research, Dr. Tan (2017), brilliantly captures this idea in her assertion that Confucian pedagogical culture adopted by East Asian countries places a premium on education, high social status, and respect for teachers, student attention and discipline in class, a firm grasp of foundational knowledge, and repeated practice. These countries not only share relatively similar wealth, but their views on education have allowed them to be among the top countries in the Organization for Cooperation and Economic Development (OECD) global educational rankings. Succeeding in school is culturally stressed, which has had an enormous impact not just in terms of gaining and developing cognitive skills but also inculcating Confucian ideals of ren (humanity) through li (normative behaviors) so that student can realize and broaden their dao (Way). It provides industrious, technologically competent, productive, and internationally competitive workforce conducive for attracting foreign investments.

Another feature of the Confucian ethos is frugality, which has long been seen as a virtue in China and elsewhere in East Asia. According to Chinese Global Television network (CGTN, 2018) thrift, and diligence are described as an essential element in the Confucianism, and traditional Chinese habit. The data from the World Development Report (1993) on Economic Growth in East Asia showed that domestic savings and investment in the high performing East Asian economies like Indonesia, Singapore, Japan, South Korea, Malaysia, and Indonesia were significantly higher than in other countries (Rao, 2001). Little has changed over the past three decades as this trend still seems to continue. East Asian countries are among the list of countries with the highest savings rates as their savings rate add up to 35% of GDP (The Economist, 2019). Asia’s highest saving rate has substantially contributed to capital formulation and allowed countries to invest in modern technology. The role of technology is vital in the economic development of East Asia because a highly-skilled workforce learned to use technology faster and more efficiently, playing technological catch-up with the Western countries. Therefore, the thrift attitude and fiscal prudence translated into enormous sacrifices in consumption and leisure, which was conducive to accumulating a massive amount of labor and capital needed to boost exported oriented industries.

The Japanese abandonment of Confucian values of thrift and diligence in the late 1980s led to a burst in the economic bubble created by asset prices. In the decades following the end of the Second World War, the Japanese devised an amazing formula for rising from the ashes of the war to achieve astonishingly rapid and economic growth. With the help of foreign aid from the U.S, the Japanese developed infrastructure and set up highly productive industries to serve as the breadbasket of the world until the end of the Cold War. The period between roughly 1985 and 1990 was a prosperous time in Japan. Propelled by the cheaper dollar, prowess in manufacturing, and a sense of confidence that came along with economic strength, Japanese individuals and corporations were buying overseas assets like Rockefeller Center in New York and golf courses in Hawaii and California. The Bank of Japan lowered interest rates, while the bank’s lax lending practices allowed firms and individuals to obtain real estate, speculate on the stock market, or easily purchase assets, which created an asset price bubble in the economy that busted as the decade of the ’90s began (The Economist, 2008). The frugality and austerity that marked the country after the post-war era was marked by opulence, extravagance, and conspicuous consumption. Nostalgically, those who remember the days of the bubble era see it as a moment in Japan’s history when the country deviated from its Confucian moral and cultural values and became greedy and lavish in a Western sense of the term.

Meanwhile, after the bubble burst in Japan, misguided government policies married to the Confucian notion of deference for authority played a role in the longest-running economic stagnation in Japan’s history, dubbed as the Lost Decade. The problems seem to be that Japanese society has assembled a set of economic policies that worked so well to build a prosperous nation but failed to contemplate actions and hold politicians and bureaucrats accountable for the country’s economic quagmire. As a result of the bubble burst, Japan’s economy suffered years of economic stagnation and price deflation, leaving out Japanese banks and companies full of bad debts. Even though the government was cutting interest rates and introducing fiscal stimulus measures like public works projects, it was not enough to revive the economy. One American economist recounted that Japan failed to clean up the banking system as regulators for a long time were in cahoots with the banks over hiding their bank loans over opaque corporate structures (The Economist, 2008). More than two decades after the economic crisis, Japan is still reeling from the effects of the Lost Decade as the country’s new Prime Minister Shinzo Abe navigates his way to address chronically low inflation rates, decreasing worker’s productivity, and a rapidly aging population (Breene, 2016).

East Asian countries like Japan, China, and Singapore have had some striking economic success shared in the Confucian heritage. The conventional wisdom derived from the theory of Max Weber’s work asserts that the traditional Confucianism was a drag on the economic development, while selected Confucian values like hard work, frugality, and education helped create an environment conducive to the thriving of modern capitalism. In the decades following the Second World War, Japan was a beneficiary of Confucian values, which helped in its economic development by encouraging hard work, frugality, diligence, education, and loyalty on the part of the individual to companies, and all groups and individuals in society to national goals. At the same time, the utilization of Confucian derived values like loyalty and deference to authority was detrimental as political and economic institutions enjoyed unquestioned obedience, which led to the financial debacle of the past two decades. Rather than critically examining the idea of earlier generations and coming up with creative responses to current problems, Japan failed to realize the Buddhist wisdom that “change is the only permanence in life” in solving lingering economic malaise.

Johnston, E. (2009, January 6). Lessons from when the bubble burst. Retrieved from https://www.japantimes.co.jp/news/2009/01/06/reference/lessons-from-when-the-bubble-burst/#.XePxauhKjIV

Weber, M. (1950). The Protestant Ethic and the Spirit of Capitalism.

The Decline of the Western

Why We Still Need Plato