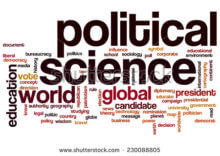 At first glance, Eric Voegelin’s contribution to the discipline of Political Science appears negligible when compared to other European émigré scholars of the same period, such as Theodor Adorno, Hannah Arendt, Herbert Marcuse, Hans Morgenthau, and Leo Strauss. Over time the works of these thinkers have become mainstreamed in American Political Science with their legacies preserved by their students who continue to find new and relevant insights in their writings. Schools of thought have even developed around these particular thinkers, sometimes at odds with one another, with books, articles, and dissertations exploring these thinkers’ works. Having their students and admirers placed in prominent positions in American universities, Adorno, Arendt, Marcuse, Morgenthau, and Strauss have secured their place in American Political Science.

By contrast, Voegelin’s footing in American Political Science seems less secured. There are no “Voegelinian” scholars at the most prominent universities in the United States or as editors at the most prestigious publishing houses for books and journals, the traditional routes for knowledge to be produced and sustained in academia. There is not even really a Voegelinian school of thought per se: there are no doctrines or dogmas that scholars claim to be the definitive account of Voegelin’s works as one finds with the Straussians, for instance. When compared to his European émigré counterparts, Voegelin plays a secondary role in the constitution of American Political Science.

Various reasons have been offered to explain this phenomenon: the high academic standards Voegelin expected of his readers; the opaqueness of his language, particularly his propensity to use neologisms to convey his ideas; the difficulty of translating his works into public policy; his refusal to be categorized ideologically, thereby precluding him from becoming an effective public intellectual; and the paucity of doctoral students who studied under him due to his limited time (only eleven years) teaching at a research university in Europe.[1] In fact, the only American student to finish his doctorate under Voegelin was Ellis Sandoz. As a student of Voegelin, Sandoz has been active in promoting Voegelin’s work in the United States, especially after accepting an appointment at Louisiana State University (LSU) in 1978.

Sandoz established the Eric Voegelin Society in 1984 and the Eric Voegelin Institute for American Renaissance Studies in 1987. The former oversees academic panels each year at the American Political Science Conference. Sandoz was also the driving force, along with Beverly Jarrett, behind the publication of The Collected Works of Eric Voegelin (34 volumes) and The Eric Voegelin Institute Series in Political Philosophy (31 books). Finally, Sandoz has served as the dissertation supervisor for numerous students, some of whom are now employed in academia.[2] Based at LSU, Sandoz is receptive and supportive of the efforts and endeavors of other Voegelin scholars, whether by inviting European and Asian scholars to participate on the Eric Voegelin Society’s panels or by endorsing and encouraging the website Voegelinview.[3] Unlike the students of other prominent European émigrés, Sandoz recognizes that Voegelin’s insights and ideas can best be disseminated through shared investigation into their truth rather than through claims to exclusivity.

Sandoz’s own scholarly corpus includes many books and countless articles, but there are two main themes that are sustained throughout his writing: the American Republic and Eric Voegelin’s “new science’ of politics. In books like A Government of Laws and Republicanism, Religion, and the Soul of America, Sandoz demonstrates the connection between classical and medieval political thought and the American Founding, while in works such as The Voegelinian Revolution and Eric Voegelin and the Significance for the Modern Mind he provides a biographical and intellectual account of Voegelin’s life and ideas and why they are relevant to politics today.[4] What unites these two themes – Voegelin and America – is that experiences of truth, whether in classical philosophy or religious faith, manifest themselves in politics today. Voegelin provided this insight and Sandoz sought to test it with the American Republic as his case study.

According to Sandoz, one of Voegelin’s primary contributions to American Political Science was to provide a positive defense of American democracy, contrary to some his European counterparts. Although Voegelin had his own reservations about American democracy, he still believed that the “American and English democracies which most solidly in their institutions represent the truth of the soul are, at the same time, existentially the strongest powers.”[5] Voegelin was hopeful about American democracy because its institutions had preserved the wisdom of classical philosophy and religious faith. This claim differs from Strauss’ account of natural right as a bulwark for American democracy and certainly is contrary to the disparaging views of American democracy of his fellow Europeans, whether Arendt’s existential despair, Morgenthau’s cynical realism, or the Frankfurt School’s psychoanalytical-inspired Marxism.

For Sandoz, in addition to examining the religious and philosophical foundation of American democracy, Voegelin also makes a contribution to American Political Science by asking scholars to conceptualize human nature in a historical context that is open to transcendence. Voegelin shares Quentin Skinner’s and J.G.A. Pocock’s concerns about historical context as necessary to understanding political thought and philosophy, but he adds an additional layer of analysis to the discussion with his own theory of consciousness: how humans experientially encounter transcendent reality. This openness to transcendence as a viable variable in political analysis is another distinguishing contribution Voegelin makes to American Political Science.[6]

A third contribution for Sandoz is Voegelin’s conception of modern Gnosticism as an intellectual and social movement to correct a flawed world by resorting to violence. This concept can be adopted to analyze both normatively and descriptively religious radicalism, political ideologies, and social pathologies such as racism.[7] This normative concept of Gnosticism is representative of Voegelin’s “new science” of politics that refutes the fact-value divide of positivism and establishes a way of inquiry rooted in a philosophical anthropology that incorporates historical context and transcendent experiences. It is only in this manner that political scientists for Voegelin can correctly analyze reality while at the same time providing a normative path for human thought and action.

These three topics that I have identified – a normative political science with concepts like Gnosticism; a philosophical anthropology that incorporates historical context and transcendent experiences; and a defense of American democracy – are not the only areas that Voegelin has contributed to American Political Science, but they are certainly the ones most recognized in the discipline. But if Voegelin is to remain relevant to Political Science, those examining his work must move past the research already done on American democracy, philosophical anthropology, and Gnosticism and proceed down new paths of inquiry. Some of this work already is emerging, whether it involves an exploration of his views on law or his place in postmodern thought; hopefully it will continue in confronting questions like religious tolerance, contemporary liberalism, and understanding non-western civilizations.[8]

Voegelin also has contributed to other disciplines, such as modern literature, philosophy, and religious studies; and there are scholars in Europe, Asia, and elsewhere who have shown how Voegelin’s work enriches their own studies in these areas.[9] Because there is no “Voegelinian” school of thought, Voegelin’s works are adaptable to new challenges and questions as they arise in the culture. This flexibility allows scholars to transcend their specific disciplines and engage in a shared conversation with colleagues from other fields instead of sealing themselves off in a corner of specialization. Rather than finding dogmatic schools of thought, one discovers a diverse group of scholars who are infused with the ethos of Voegelin’s work: intellectual depth, methodological rigor, and a sensitivity to transcendence. It will be this ethos rather than esoteric doctrines or notions of sexual sublimation that will ultimately secure Voegelin’s place in American Political Science.

When compared to his European counterparts, Voegelin’s contributions to American Political Science are significant but secondary in their impact. However, this is not necessarily unfortunate: Voegelin’s work has not become fossilized into some academic dogma, doctrine, or school of thought and thus become merely a passing intellectual fad for a specific period of time. Because Voegelin’s work inherently resists categorization, it is able to endure longer and discover new places to grow and be sustained. Thus, the responsibility for those who study Voegelin is to seek new subjects where his work may be relevant in illuminating their understanding of reality. For, ultimately, Voegelin’s contribution is not just to American Political Science but also to intellectual life itself.

[5] Eric Voegelin, The New Science of Politics (Chicago: University of Chicago Press, 1952), 189. Although Voegelin is supportive of American democracy, he does not elaborate greatly on this topic. Fortunately, Sandoz does in his own work, demonstrating that Voegelin’s insights are valid.

For scholars who study Voegelin outside the United States, refer to Stephen A. McKnight and Geoffrey L. Price, International and Interdisciplinary Perspectives on Eric Voegelin (Columbia, MO: University of Missouri Press, 1997) and the recent Eric Voegelin Society’s panels at the American Political Science Conference as well as the Eric Voegelin Archive at Geschwister-Scholl-Institute of LMU Munich at http://voegelin-archiv.userweb.mwn.de/englisch/publikationen_en.htm.