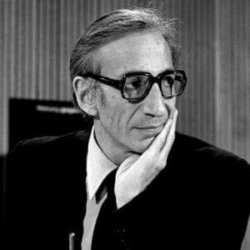 Ivan Illich (1926-2002) was a one-time Catholic priest, Austrian philosopher, and anarchist social critic of various forms of professional authority. His foremost critique of modern culture was that bureaucratic institutions tend to act counter to their original, rational purpose,  thereby undermining people’s confidence in themselves and their ability to solve their own problems.

Born in Vienna, Austria, on September 4, 1926, Illich attended religious school from 1931 to 1941. His father was a Croatian Catholic, but his mother was a Sephardic Jew, which led to Illich’s expulsion from school because of the country’s anti-Semitic laws. He then attended the University of Florence in Italy and the Gregorian University in Rome. Eventually he obtained his doctorate in history at the University of Salzburg in Austria.

In 1951 Illich was appointed as an assistant parish priest in the Washington Heights neighborhood of New York City where he served an Irish and Puerto Rico congregation. He left this position in 1956 to take up the post of vice-rector of the Catholic University of Ponce in Puerto Rico. A disagreement with the local bishop over the issue of birth control ended Illich’s tenure at Ponce in 1960.

Illich accepted a professorship at New York’s Fordham University in 1961 and later founded the Centre for Intercultural Documentation (CIDOC) in Cuernavaca, Mexico. Illich became disillusioned with the Church and disassociated himself from it in 1968, leaving the priesthood a year later. Illich subsequently traveled extensively, dividing his time between the United States, Mexico, and Germany, where he taught and published as an academic. He died on December 2, 2002, in Bermen, Germany.

Illich’s initial criticism of professional authority was directed at the Catholic Church, and specifically at Pope John XXII’s call for North American missionaries to “modernize” the Latin American Church. Illich created CIDOC to act as a counterfoil to the Vatican’s participation in the modern development of Latin America. At CIDOC missionaries were asked to recognize and appreciate the limitations of their own cultural experiences and were shown how modern economic development was really a war on subsistence. Confronting pressure from the Vatican and concerned about the possible side-effects of its own institutionalization, Illich closed CIDOC in 1976.

Illich continued his criticism of professional authority in the fields of education, medicine, work, energy, and gender in the 1970s and early 1980s. He criticized the processes of institutionalization, reliance upon experts, and the commoditization of activities that he believed served to reinforce an authoritarian worldview of continually rising expectations that could never be realized. To “de-institutionalize” society, Illich called for “convivial alternatives” that were characterized by spontaneous, voluntary, and localized social relations where advanced technology would support these fluid, informal arrangements. It is not clear how Illich envisioned the transition from established institutions like schools or hospitals to convivial alternatives. Nonetheless, his critical and theoretical contributions still influence scholars today, especially in the field of pedagogical theory and practice.