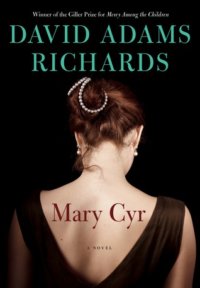 In the Confessions, Augustine writes that his heart is restless until it rests in God (14). In a book that describes Augustine’s many failures, particularly his failure to sufficiently love others, this phrase explicitly explains Augustine’s incapacity to find peace until he is moved to have faith in God, the source, he understands, of all love and life. Resting in God, however, depends on knowledge of him. Further complicating his quest, Augustine asks how he can he can find what he does not yet know, for it seems he must know God order to both desire him and to recognize him when found (14-15, 196). As he says, “how can people call upon someone in whom they do not yet believe” (14).  Seemingly putting this problem aside, Augustine turns to an investigation of that which he should know most fully and the greater of the book is a detailed confession of his own life, from his infancy through his years of great sin, until his conversion and finally the death of his mother Monica.

With Augustine’s life thus recounted, he returns to the question of how it is that he loves and desires God, when he cannot recollect ever having truly known him. God, Augustine concludes, has always been present to him, existing in the vast space of his memory, fully known and yet forgotten, and, that the act of remembering his own life has served as a reminder of God’s presence in and through him.

David Adams Richards latest book, Mary Cyr, translates the argument of Augustine for the contemporary world, replacing the image of the long-dead philosopher and saint, with a woman who is so alive, alive in her hatred but most especially in her love, that your heart beats alongside hers. Readers of Richards’s novels will recognize in the character Mary Cyr the same depth and complexity that made them fall in love characters such as Lyle Henderson from Mercy Among the Children (2009) and Owen Jameson in Friends of Meagre Fortune (2006). Those who have never read Richards’s before will discover a story teller at his very best. Compared to Tolstoy, Blake and Faulkner, Richards novels draw us into a the world and lives of his characters, revealing a universe in which we all participate.

Orphaned at a young age, Mary is adopted by her extended family which has the capacity for coldness. She is abused, marries three times, befriends those who are down-trodden only to tragically lose them, has and loses a son. She spends her life travelling – from NB, to New York, to Europe to Toronto and back home, finally ending up in Mexico. She seeks revenge for real and imagined injustices, only to regret what she has done. She sometimes treats innocent people callously and is treated callously by many others. She forgives, asks for forgiveness and begins again. Her heart is restless.

Central the plot is a mining accident, in which several men needlessly died when their mine shaft, which had collapsed, was then prematurely filled in to cover up the mining company’s malfeasance. Trapped underground, one of the miners, Pedro Sonara, taps his spoon against a plate, hoping that someone will hear him and come to their rescue. It is because of Pedro’s faith and hope that they will be saved that he “would someday be known as the hero of the Amigo disaster … [H]e would be like the First Servant, in King Lear, the kind of man C.S. Lewis knew about, who didn’t have great plans about great things but did his duty come what may” (5).  Through the course of novel we are brought back to this sound – tap, tap, tap – Pedro’s son, Victor, has captured it on a tape recorder and tries to use the tape to achieve justice for his father. Coming, as it were from the depths of the earth, this tapping, is the beating of yet another heart, that of the world. Like Mary Cyr’s, it is restless.

The story, which finds Mary in a Mexican jail for a crime she did not commit, is a detective novel. Mary’s long-time protector, John Delano, has been sent from Canada to see if he can rescue her.  The answer as to who has committed the murder, requires that we follow the clues wherever they lead. We, along with John Delano, seek to discover the truth even among the terrible tragedies that we discover along the way. Discovering the truth is the only way that Mary Cyr will be set free.

We eventually learn that the Mary has been set up to take the fall for both the mining disaster and the death of two young boys. With much to lose, those ultimately responsible for these crimes, work to misdirect and heighten the community’s outrage, hoping that this smokescreen will allow them to escape without notice. As the pressure builds for Mary to be punished, Delano along with a Mexican police officer, Detective Fey, put together the evidence that will reveal what really happened.

While the external world pulses around her, filled with anger, self-interest, fear, and deceit, a different kind of truth is sought. Locked in her jail cell, Mary Cyr asks Delano to retrieve her childhood comforter and journal from her hotel room. The comforter she wants for herself, but she gives the journal to Delano. Each of them separately and in conversation then begin to recollect the different moments of Mary’s life. As in Augustine’s Confessions, these memories detail Mary’s flaws and failings, but most importantly, they reveal her tremendous love, a love that restlessly seeks an end sufficient to satisfy it.  Richards writes, “As John read her diary, her past became like a crystal stone, a golden moment in the sun. Yes, he thought, in spite of it all, there were golden moments in the sun.”188. Discovering the truth is the only thing that will set Mary Cyr free.

Eventually, the true culprits of the mining disaster and the murders are brought to justice. However, these truths come to light only after a series of other tragedies and seemingly too late to do any good. This, however, is not the whole truth. Like Augustine, Mary Cyr has recalled her life and her loves. In so doing she recollects not just herself but the divine in whom she ultimately rests. The first jail cell she is locked in is the same one a priest, who was eventually executed, was previously kept. “Viva Cristo” is scratched onto the wall. Mary is then moved to a second cell, the final cell that the priest was in prior to his death: “One wall of this cell was painted green, one was painted red. And there on the wall, half way up, was ¡Viva Cristo! painted green, as if the damn thing were following her about” (213). Locked in this jail cell and tormented by crowds of women who gather outside every day, Mary discovers the possibility of freedom within herself.  After attending mass with the other convicts, she falls asleep and dreams:

she was in the great pine forest behind her house. Every pine she touched turned golden and the needles fell to the ground. At first she thought everything she touched turned to gold. Then she realized she had killed everything she had touched. When she turned back to her house, all the windows were open, and white curtains blew out into the sun. The sun as white as the Host she had taken that day, and the curtains were as white as the priest’s white vestment.

she saw herself outside of her body . . . she looked over and Bobby [her son] was with her . . . he smiled at he, as if to make her understand.

Like her memories, Mary’s dreams reveal the presence of a love that is sufficient to overcome even death and the words written on the wall of her jail cell come to be understood as true not merely of Christ, but of all those she has known and loved.  Mary’s desires are slowly quieted and she is left only with the thoughts of those she has loved and who she knows she will see again.

Richards, however, does not suggest that the finite world is a prison that we must endure until we might be set free in our deaths. Through the course of the novel we discover that Mary Cyr and John Delano have loved one another for most of their lives. A variety of circumstances, including their own pride and selfishness, has kept them apart. However, the narrative of the novel shows that this is not merely a story of unrequited love. The novel moves fluidly between John who recollects Mary’s inner life through the stories in her journal and Mary who has turned inward and is drawing these same moments forward. Mary’s life, which has been the subject of many salacious news stories and magnified and misunderstood by many, is known in its fullness by Mary who has lived it and John whom she loves and who loves her in turn. The freedom and peace she discovers at the end is made possible in and with John. At one point in the narrative, John wonders how differently their lives might have turned out if he had accepted her marriage proposal so many years prior (181). He wonders whether their restless hearts might have found peace in their shared love.  Augustine says that in remembering himself, he seeks to know himself as God knows him. He, however, does not do this privately, perhaps cannot do this privately. Instead, he shares his confession with us, so that we might love and remember him as well. In the same way, Mary can only know herself as God knows her through John’s love.

Augustine and Richards ask us to have faith that all of the tragedies of the finite world will be redeemed and we will find freedom from our torments. In the midst of all of its tragedies, the novel suggests that there is sufficient evidence in the world to recommend our hope. In the course of the novel, the truth does come out. The tapping that resonates from inside the earth is both a sign of our restlessness and its solution. The world reminds us that there a heart which answers ours. It makes itself manifest in the world around us, in the very space and time that so often seems to confound. In the novel, the tap, tap, tap of the many restless hearts are heard and the truth is eventually known. And some people find peace, some, we hope, eternally.

Sara MacDonald is an Associate Editor of VoegelinView, series editor of Anthem's Politics and Literature of Global Rights and Freedom, and Professor of Political Science at Huron University College in Canada. She is author and editor of several books, including Finding Freedom: Hegel's Philosophy and the Emancipation of Women (McGill-Queen's, 2008); co-author with Barry Craig, Recovering Hegel from the Critique of Leo Strauss (Lexington Books, 2014); Recollecting Dante’s Divine Comedy in the Novels of Mark Helprin (Lexington Books, 2015); Fate and Freedom in the Novels of David Adams Richards (Lexington Books, 2017); and co-editor, with Andrew Moore, of Mad Men: The Death and Redemption of American Democracy (Lexington, 2016).

A Guide to Voegelin’s Thought

A Reading and Commentary on Michael Kirwan’s Political Theology

One Another’s Equals: The Basis of Human Equality