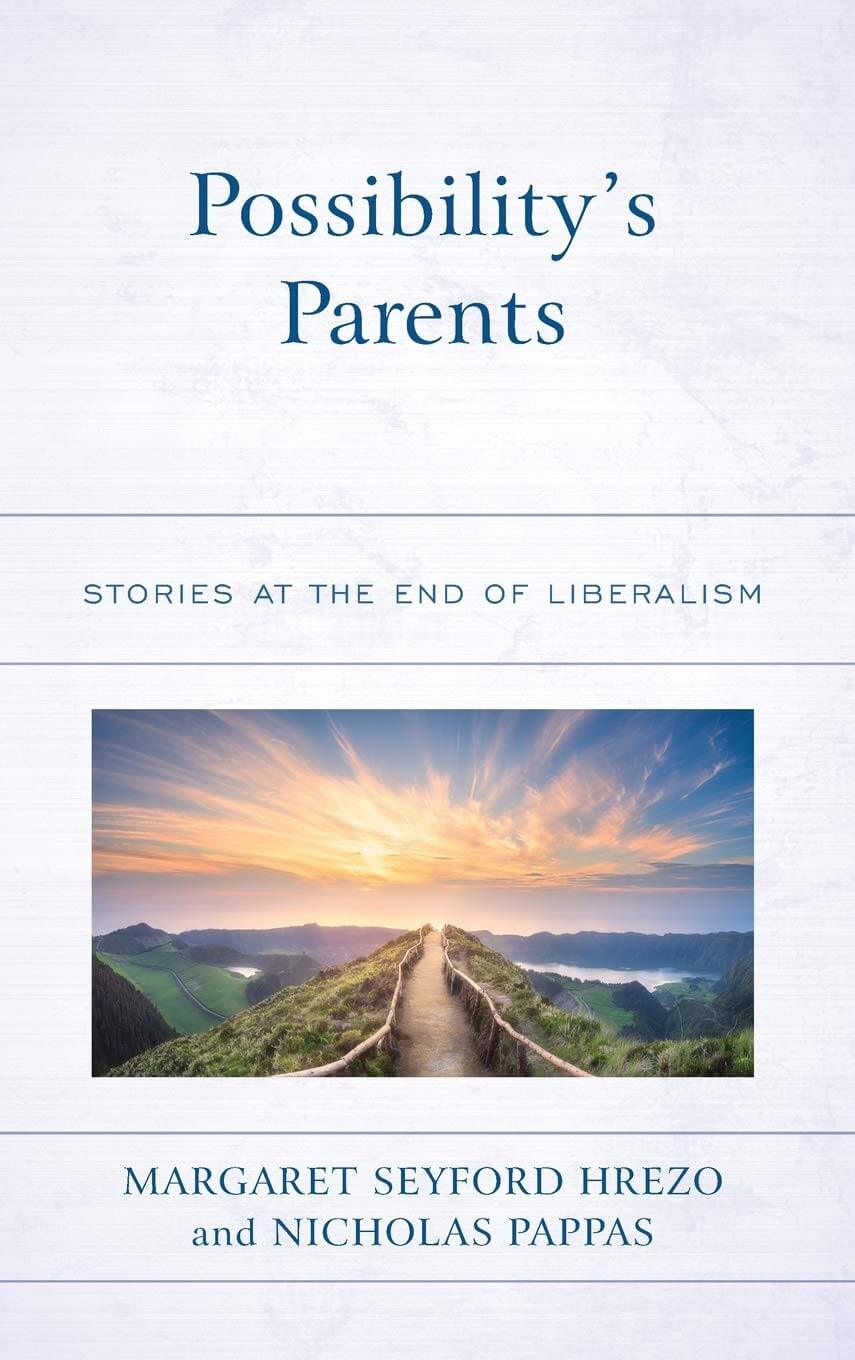 Margaret Seyford Hrezo is emeritus professor of political science at Radford University, and a specialist in political theory. At the time of his death, Nicholas Pappas was also emeritus professor of political science at Radford University and, like Hrezo, a specialist in political theory. This book makes two broad claims: (1) Liberalism is approaching exhaustion as an animating political idea in Western polities; and (2) works of literature, carefully selected, can assist us in imagining, articulating, philosophizing about, and moving toward a better, post-liberal world. Though the authors’ standpoint is post-liberal, it is not postmodern. They argue for new meta-narratives with which to replace liberalism and thus place themselves at some distance from the postmodern rejection of meta-narratives (ix). Their turn to literature is prompted by the belief that academic political theory is too disconnected from politics and risks irrelevancy (x).  All the same, they are trained political theorists, and thus they are prompted to their views on politics and literature by careful reflection on the works of academic political theorists, in particular Eric Voegelin.

The authors resort to literature or, as they would have it, myth as an indirect way of critiquing and moving beyond liberalism. Liberalism, they argue, is itself a myth, but one that doesn’t understand itself as myth. Rather, the myth of liberalism is seen by liberals as the simple truth of the world (5). That myth, they believe, has degenerated in our day into an individual rights absolutism that threatens the common good and eschews the sorts of compromises necessary to attain it (8). The authors would use new myths to move us beyond the myth of liberalism, in part by connecting us to the mysterious and the out-of-the-ordinary (6).

The authors have selected for presentation relatively recent fiction. They begin with Cormac McCarthy’s Border Trilogy, a set of novels that shows us that reality consists of not only the physical world familiar to liberals, but also “the metaphysical and both need to be remembered and honored.” (14) McCarthy’s characters ask difficult metaphysical and moral questions. Moreover, “[t]hey resist any one symbolism as wholly inadequate to understanding reality and instead respond to some unseen metaphysical call.” (24) The Border Trilogy presents a challenge to liberalism by asking the reader to acknowledge “all the planes of existence” (36) and to accept the need to move beyond individualism and “into participation” (37).

The authors then move to a discussion of Thomas Pynchon’s Mason & Dixon, a work that shows us “the almost incommunicable experience of life in the metaxy and metalepsis” (14). Metaxy describes the experience of living “as both a subject in a world that human beings can control. . .and as an actor in a play that takes place in a mystery one cannot understand.” (139) Metalepsis “is the joint participation of God and man in the metaxy.” (139) Pynchon is sharply critical of Americans’ typical view of their nation as good and just. He would have us consider “grace and its implications for the myth of America as a ‘city upon a hill.’ ” (39) Grace speaks to “the irruption of nonphysical reality into the physical world,” an experience that moves us toward justice. The pressing need for grace comes from Pynchon’s claim that America is not in fact “a city upon a hill” (42). Here we might wonder whether a reader sympathetic to Pynchon’s views could look more carefully at the Founding’s project of defending our God-given rights. Perhaps in that promise one can find a path toward a fulfillment at once both secular and sacred of John Winthrop’s great hope.

We are next offered analyses of George MacDonald’s Phantastes and Neil Gaiman’s Anansi Boys. Both novels critique purely prudential instrumental reason and call us to “witness and self-sacrifice” in pursuit of justice (14). These novelists ask us to use noetic reason in order to aim our lives at the Good (62). We are to ground our imagination in noetic reason, and in turn use our imagination to aim at harmony and order (64, 71). These two novelists would elevate man above an isolated Lockean individualism and toward a higher reality that promises order, grace, community, and wisdom (78, 79).

The authors then turn to José Saramago’s Waiting for the Barbarians and J.M. Coetzee’s Blindness, novels which can be interpreted as critiques of the administrative state. Discerning the problems of the administrative state requires opsis, or a form of clear-sightedness that permits one’s soul to grasp both the seen and the unseen (85). By contrast, a reliance on mere “technical rationality” typical of the administrative state leads to unnoticed “acts of evil” (88). If we are to move beyond technical rationality, we must use noetic reason so as to aim at “some ultimate good” (90). In the absence of this ultimate good, liberal individuals default to the pursuit of self-interest and thus drain their lives of meaning. The response of liberals to this lack of meaning is to seek the false comfort of “conformity to social conscience” (102). Society thus wrongly assures them of the rightness of their decisions, no matter how damaging to themselves and their marginalized victims (103).

The final novels studied are Nnedi Okorafori’s The Book of Phoenix and Who Fears Death. Okorafori explores “the paradox of consciousness, inclusion/exclusion, cultural change, oppression, alterity, necessity/freedom, reason, opsis and weakness, justice and self-interest.” (15) Here the authors delve into contemporary debates over post-nationalism, arguing against the exclusion of illegal aliens (108). And they also delve into contemporary debates over identity politics and take up the cause of sexual minorities who push the boundaries of what has heretofore been seen as unnatural (109). The authors locate the exclusion of illegal aliens and sexual minorities in Lockean liberalism, which, in their view, promotes a reactionary defense of “one’s wealth and status” (111). The authors here need a far more elaborate and sustained engagement with the critics of open borders and sexual minorities. The ad hominem arguments and psychological analyses they deploy are both familiar and unpersuasive (122-23). In particular they need to engage the argument that the social contract and the moral conditions of freedom permit the exclusion of illegal aliens. And they need to engage arguments for natural sexual relations. Indeed, though the authors consciously aim at escaping Lockean liberalism, their chapter on Okorafori owes quite a bit to a late-modern progressive liberalism that is arguably a radicalization or intensification of Lockean liberalism.

Despite these problems, the authors make a good case for using literature to expand the liberal imagination. However, opening up the human imagination through literature is but the first step in altering society’s myths. One must also rationally clarify the work under study so as to provide a rationally defensible account of one’s political views that moves us beyond what might otherwise be a merely personal and subjective reaction to fiction. The authors at least implicitly accept this limitation on their call for the use of literature. They have, after all, given us rational accounts and theoretical analyses of the works they describe and not, say, a fictionalized meta-myth incorporating the various myths suggested by the works they analyze. It appears that there is no escape from political theory after all. Instructors comfortable with the embrace of political theory and looking for a way to expand the imagination of their young charges will find in this book useful suggestions for works and analyses to bring to literature and political theory courses.

God – Pictures at an Exhibition

Islam and Democracy in Indonesia: Tolerance Without Liberalism