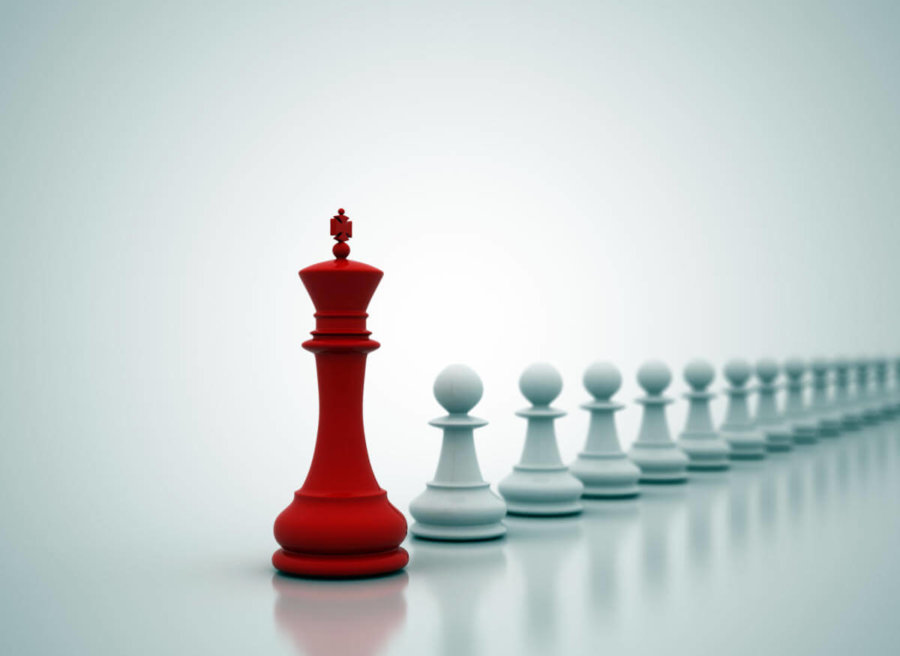 James MacGregor Burns concluded his 1978 classic on Leadership by stating, “In real life the most practical advice for leaders is not to treat pawns like pawns, nor princes like princes, but all persons like persons” (p. 462). At the dawn of research into leader-behaviors, scholars differentiated between being task-oriented, which is important, and also being people-oriented. People matter. The same basic categories of “task” and “people” arose in the Ohio State studies (Hughes, Ginnett, & Curphy, 2015, pp. 245-248), the University of Michigan studies (Ibid., pp. 245-248), the so-called Leadership Grid (Blake & Mouton, 1964; Hughes, Ginnett, & Curphy, 2015, pp. 248-250), and even in the machinations of a contingency approach authored by Fred Fiedler (1995; Hughes, Ginnett, & Curphy, 2015, pp. 539-545). Writers and educators tend to guard against leader attitudes that treat persons as objects, as passive or inert, as instruments, as so much clay to be shaped and molded. Even at a street-level understanding, we often say that we abhor impersonal leadership.

It was Hannah Arendt (1958) who rejected the idea that leadership is like work, in which a craftsman picks up the raw materials and the requisite tools in order to create a product according to an image in his head. No, she said, leadership is social action in which we all participate, each with his or her unique and creative spontaneity, collaborating in an erratic cascade toward the future. Leadership is something people do together. And to achieve that vision, we must acknowledge each other as persons and not as figures in a ledger or pieces on a chessboard. Leaders and followers belong to a process of shared participation.

Saying this sounds nice. It lends dignity to one’s associates and humbles us all. It is also really hard to do, of course. And the evidence does not always vindicate a “person-centered approach”. Sometimes, that approach does not succeed. A military commander sometimes has to fling battalions at the enemy. Or the cost of a person-centered leadership is too great. Or those followers we treat as persons turn aside in search of someone with strength, decisiveness, genius, charisma – something extraordinary. (Just ask Machiavelli.) To them, a leader is not just another person. Instead, he is a myth or an exemplar. Sometimes, humans do not even want to be persons. They resist becoming persons. Immanuel Kant (1784/2013) diagnosed it over two hundred years ago: we must overcome our own temptations for laziness and fear and disenthrall ourselves from a state or condition of extended tutelage. If we actually do that, he wrote, we have a chance to call it an Enlightened Age.

The spread of technology, advances in biology, the raw volume of human beings numbering in the billions, and acute questions of identity the world over have threatened conventional understandings of what it means to be a person and why it should matter. Globalization complicates these understandings, as diverse “understandings” increasingly clash. The last few years alone have seen the publication of numerous books on this topic from a range of theological and philosophical traditions.

Many scholars investigate what it means to become a person. For if leaders and followers are to emerge, they must in truth become persons themselves, capable of what persons do. It stands as a necessary component of leadership development to understand the process by which this takes place. We have the record of anthropologists, for example, examining rites of passage (van Gennep, 1909/2004; Turner, 1995). We have the story of mentors, going back to antiquity (Harter, 2017). We live in a time now of breakthroughs in adult psychology that informs us about how it is supposed to happen (e.g. Kegan, 1982). Leadership education and leader development can afford to revisit the perennial ideal of personhood. Nevertheless, an examination of the process of becoming a person presupposes that we know what a person is.

The term “person” bears a family resemblance to a lot of other terms in the literature on leadership – terms such as identity, self, agent, and subject with a capital “S”. There is even room for the notion of an imago or daimon that one evokes or elicits in order to realize one’s life-purpose, like growing an oak tree out of an acorn. (At least we know what an oak tree is.)

Perplexities abound. Writing in 1894, a legal scholar by the name of Pollock was trying to explain what it means under the law to be a “thing”. He wrote, “The question of what is a Thing is much less simple than the question what is a Person?” That cannot be correct. What constitutes a person has troubled philosophical anthropology for years (e.g. Helmuth Plessner, Arnold Gehlen, Ernst Cassirer, & Karol Wojtyla). The legal system Pollock was writing about did not help matters when it created the fiction that a corporation could be a person. It has been adhering to this fiction since the year 1440 C.E. (Shane, 1986)! Is the idea of a person itself really only a fiction (Vaihinger, 1911/2015; Appiah, 2017)? Determining what constitutes a person can be controversial politically. The abortion debate often centers on this question (e.g. English, 1975). So too does the debate about euthanasia (e.g. Engelhardt, 1988).

With the advent of bureaucracy and industrial capitalism, people became “human resources”. These were felt to be distinctly im-personal systems. And to a great extent under Taylorism, they were (Taylor, 1914). When leadership serves the interests of an abstract idea (no matter how noble) at the expense of human beings, we see another repudiation of person-centered leadership. For certain revolutionary ideologies, perhaps most distressingly executed by Cambodians under Pol Pot, people themselves are the problem. What these radicals had aspired to achieve was the destruction of their own citizens for the sake of creating a New Man (see Kiernan, 2002). Who in that scenario is a person? A philosopher such as Friedrich Nietzsche interpreted Darwin to explain that whatever we are, we are going to be supplanted by a superior breed anyway, the Super Man. Given the ease with which parents can create designer offspring, maybe the idea is not so far-fetched. Of what intrinsic value, therefore, is the person, if our time on earth is coming to an end?

Leadership in which the demands of the context (e.g. profit, crisis, evolution, and revolution) obscure the importance of persons will raise concerns about its ethical prospects. Of particular concern today is the emerging belief that humankind is a blight and a virus on the face of the earth (e.g. Gray, 2002) and might be better eradicated or at least radically impoverished for the sake of a comprehending “person” referred to as Gaia (Lovelock, 2007). When leadership serves the interests of the planet at the expense of human beings, then both scholars and practitioners need to talk about where this is all going. The personhood of the planet earth is only part of a range of traditions in both mythology and religion that regard divinities as persons – often as persons of greater importance than human beings. What does it signify if a person-centered leadership includes such extraordinary personages?

The term “person” comes from the original notion of “persona” as a mask – not the individual human being beneath the façade, but the role he or she plays in the public drama. This theatrical usage found its way into Erving Goffman’s seminal work of sociology titled The Presentation of Self in Everyday Life (1956). Is a “person” simply the character one enacts in social settings? Is a leader — and a follower, for that matter — more about impression management and the image one projects (see e.g. Mazlish, 1990)? If so, then of what sense is the hypothesis known as Authentic Leadership, in which a leader brings his or her outward behavior into congruence with an inward self? And what then is a person-centered leadership if by “person” we mean only the social role, the mask, and nothing deeper?

Just as the idea of a “person” can refer to things transcending or encompassing the human individual (e.g. a corporation, the planet, or gods), so also the term can be used to refer to elements of individuality that constitute the human. Instead of seeing persons above us or around us, can we see them inside of us? Archetypal psychology, for example, treats the psyche as a collective of many persons – and not just the cases of multiple personalities, but everybody as part of a collective unconscious (e.g. Hillman, 1976). And what if there is more to a human being than his or her personhood? For instance, when psychologists probe beneath the surface of the human mind, they find residues of (a) a mythic or archetypal state that is arguably transpersonal, (b) an animal state that hardly qualifies as personhood, and  (c) (if Freud is to be believed) even an inorganic state (1920/2010). If a single individual can embody more than one person and more than a person, what might this signify for leadership studies?

Today, we have the prospects of AI and the necessity of developing the Turing Test to determine just how close a machine might come to personhood (Floridi, 2008). Earlier we considered trying to explain what it means under the law to be a “thing”. Well, we wonder about the leadership implications of designating computers and robots (or things) as persons, no matter how they might participate in the leadership process. Here, we lapse into confusions about virtual leadership conducted by algorithms and avatars.

A glance at the existing literature shows a constellation of materials, coming at these questions from a variety of angles. One category of books talks about becoming a particular kind of person.

Leo Buscaglia. (1986). Personhood: The Art of Being Fully Human.

Another talks about practical ways to pay attention to and lead people.

Yet another provides biographies, demonstrating how they became persons. Then there are the books that explain the idea of personhood from within a particular religious tradition. (Notice the dates)

Christina Bieber Lake. (2013). Prophets of the Posthuman: American Fiction, Biotechnology, and the Ethics of Personhood.

Also, a number of books approach the topic from within philosophy.

Nathan Harter. (2017). Foucault on leadership: the leader as Subject.

Walsh, D. (2020). The Priority of the Person: Political, Philosophical, and Historical Discoveries.

Scholars, instructors, and practitioners pay lip service to the ideal of a person-centered leadership. And rightfully so. At the same time, however, the meaning of “person-centered” is unclear and open to debate. In my field of study, we must renew the investigation known as philosophical anthropology, making allowance for the many complexities this will entail.

Goffman, E. (1956). The presentation of self in everyday life. Publisher.

Scheler, M. (1916). The Being of the Person. The Phenomenology Reader. Routledge.

Nathan Harter is an Associate Editor of VoegelinView and a Professor of Leadership Studies at Christopher Newport University. He is author of three books, with the latest being Foucault on Leadership: The Leader as Subject (Routledge, 2016).