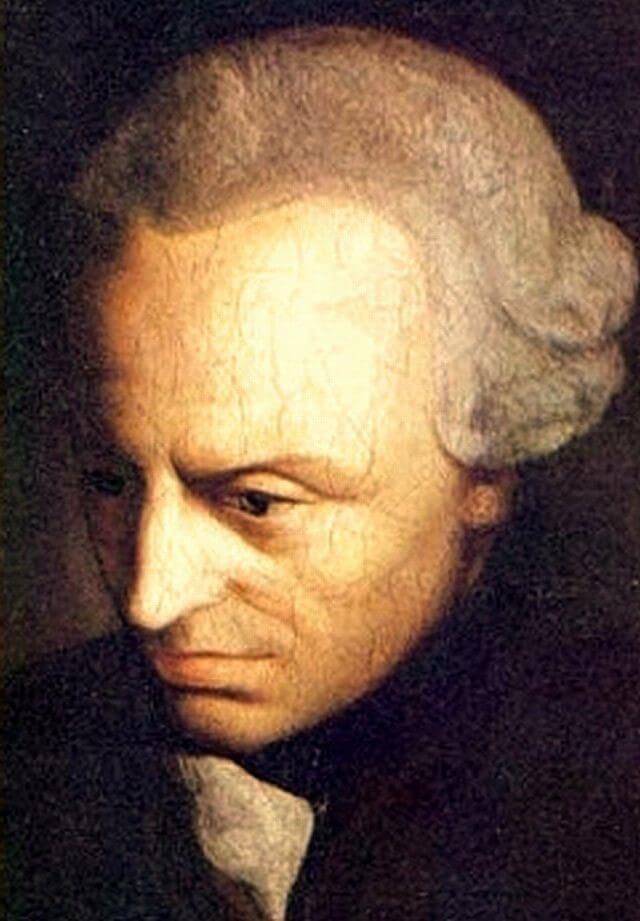 In the VoegelinView of April 2020 Arpad Szakolczai proclaimed The End of Kantian Universalism in four parts:

“It is too early now to draw the balance of the current pandemic madness, but certainly not too early to reflect on what is going on, and what will this bring about. My bet is that it will, as it indeed should, bring about the end of Kantianism – meaning the type of universalistic thinking codified, if not inaugurated, by Kant, and especially by the kind of neokantianism that rules academia since well over a century. The rule of this Kantian universalism is certainly not limited to universities, or even intellectual life, but incorporates science, technology, economics, politics – literally everything that can be associated with global modernity. The disasters produced by Kantianism are way bigger that those produced by Marxism or Freudism, and much less recognised.”

I agree with Arpad Szakolczai, that it is by far too early “to draw the balance of the current pandemic madness”, but I do not agree that it is not also to early to reflect or even predict the cultural or even intellectual consequences from the current coronavirus epidemic of 2020.

Hans-Georg Gadamer who experienced and survived World War One and Two as well as the Spanish Flue of 1920 (which is not even mentioned in Jean Grondin’s biography on Gadamer) was right to give his students a lot of freedom to study the works of any great philosopher of the past, they prefer and are interested in. But he suggested and taught them to study their works with decent human respect, with philological diligence, with all of their sense and sensibility, with proper judgment and wit and last, but not least, with good will. For any great thinker of the past who cannot speak any longer for himself deserves to be treated as one would like to be treated oneself – according to the hermeneutic principle of charity, as Donald Davidson, later used to call it.

Moreover, one has to attempt to understand the works of these great minds preferably by their obvious strengths and not to be too quick and too picky to judge them by their minor faults which are mostly due to the mentality of their time. In order to understand a philosophical genius, like Aristotle or Plato, Augustine or Thomas Aquinus, Kant or Hegel, one has to be devoted for many years reading and studying their philosophical works and indulging oneself into the conceptual complexities of their thoughts and insights. Otherwise one cannot hope to make even only one valuable and lasting contribution to the historical stream of the philosophia perennis.

However, what Gadamer and his students, his doctoral candidates and the professors promoted by him avoided like the devil the holy water was ascribing all too simple minded cliches or stupid isms to any of such great minds who were most likely by far greater thinkers than oneself. Unfortunately, Arpad Szakolczai did not regard any of these hermeneutic measures of any decent interpretation of such classical authors. So his four articles would not have been published in a journal edited by any disciples of Gadamer. Kant is not quoted anywhere conscientiously and his works are not adequately interpreted. Kants picture stands above any of these four articles, because it takes only a few cheap clicks to put it there, but he is not given a chance and voice to speak for himself.

The author ascribes a certain view he calls Kantian Universalism to Kant which remains neither sufficiently explained nor adequately proven to have been hold and exposed anywhere by Kant, the defender of republican politics under a Prussian king. Moreover, he seems to think and believe that Kant alone really could have not only influenced, but coined not only our current “intellectual life”, but also “science, technology, economics, politics – literally everything that can be associated with global modernity”.

No philosopher, not even Plato or Aristotle, neither Kantn or Hegel could have done that. This means to overestimate the influence of even the greatest occidental philosophers on humanity and on our cultural history in the West. Even Marx, who is also mentioned by the author, was not able to create and initiate more than some highly ambivalent intellectual economico-political movement in the 20th Century. The awful rest has been done by a revolutionary movement under poewrful and restless politicians, like Lenin and Stalin.

If there were truly and effective universalist cultures and ideologies after World War 2, they were the following: at first, Roman Catholicism which is preading the same kind of Christian Church (in singular!) and the same type of hellenistically coined theological doctrines about the christian faith all over the world, and second, US-American-Patriotism as the political faith in the civic religion of the God-given mission of the USA to spread freedom and democracy all over the world, e.g. even in Afghanistan, Irak, and many other countries in Africa and South America. It seems however that this is coming to an end with Donald Trump and the rise of China as a new hegemonial power.

It seems to me that Arpad Szakolczai is neither familiar with Kants Critique of Judgment, nor with his Anthropology from a Pragmatic Point of View which is containing many of his views on the parochial mentalities and typical temperaments of various cultures and ethnic groups. It seems to me that the author is also not familiar with Kants lectures on Geography nor with any of his shorter essays on various philosophical topics, such as on the beautiful and the sublime, on religion and enlightenment, on the origines and ends of natural and cultural history, on war and peace, on general ethics and natural rights, etc.

If I would not have received these articles by a good old friend whom I gave the credit to consider them worthwhile reading, I would not have read them. The current crisis of the coronavirus epidemic is not an excuse for his lack of diligence. The VoegelinView should have rejected these essays and it should not have published them. Si tacuisses,philosophus mansisses.

Ulrich Walter Diehl is a Philosopher and Protestant Theologian at the University of Heidelberg and held academic positions with the Interdisciplinary Center for the Study of European Enlightenment (IZEA) at Martin-Luther-University in Halle-Wittenberg and the Karl-Jaspers-Edition of Heidelberger Academy of Sciences.