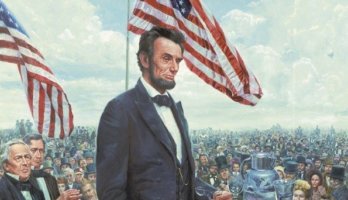 I recently attended a conference on statesmanship. Truth be told, there are reasons to be ambivalent about statesmanship. While public service is a great virtue, the statesman specifically serves the state, generally meaning the government of the nation-state. And, while anyone in a position of high authority and power must be motivated (and more importantly constrained) by a sense of duty, demands for statesmanship tend to hold up a model of greatness in political leadership that is profoundly dangerous. The desire to be “great” by upholding the interests of the nation as a political whole promotes martial metaphors and martial conduct. One seeking greatness too often is too willing to go to war against other nations, or against various public ills like poverty or crime. The inevitable result of such efforts is a massive increase in the extent and centralization of political power. And that increased, centralized power itself results in a diminution of ordered liberty and the zone of freedom necessary for our primary social institutions of family, church, and local association to flourish.

As it turned out, the conference was concerned mostly with praising a single figure: Abraham Lincoln. I count myself among neither those who hold up Lincoln as our greatest hero, nor among those who portray his Presidency as defined by his leadership in a “war of Northern aggression.” The horrors of the Civil War, and Lincoln’s role in prosecuting that war, make him a fascinating subject of study for any political scientist or student of the Constitution. Did he have a right to, on his own, suspend the ancient, fundamental right of habeas corpus, according to which the government must submit to judicial process in order to hold people in jail? Did he have an obligation to call Congress into session immediately after the attack on Fort Sumter? Or did the emergency conditions of war, and real dangers to the capital in Washington, D.C., force his hand and justify his actions? These are questions at the heart of our republican form of government, our political tradition, and the study of constitutional government. They are well worth reasoned, civil debate even today.

What too often goes without serious comment is the mythology surrounding Lincoln, and the mystical passions which he worked to evoke, and which others have used ever since to promote programs of which he may or may not have approved. Hagiographic art, especially portraits, of Lincoln abound, as do hagiographic films (not just Spielberg’s “Lincoln” but “Abraham Lincoln: Vampire Hunter,” not to mention countless uses of his likeness in film and television).

Much of the pop-culture mythology regarding Lincoln stems merely from his iconic status in our national consciousness. But that iconic status is the product of Lincoln’s own words and actions, as well as the use to which Lincoln has been put by those seeking to further their own political agendas.

At the center of Lincoln’s cultural power today is political or “civil” religion. Indeed, Lincoln himself provides one of the clearest examples of this brand of religion in an early speech, to the “Young Men’s Lyceum:”

“Let every American, every lover of liberty, every well wisher to his posterity, swear by the blood of the Revolution, never to violate in the least particular, the laws of the country; and never to tolerate their violation by others. As the patriots of seventy-six did to the support of the Declaration of Independence, so to the support of the Constitution and Laws, let every American pledge his life, his property, and his sacred honor;—let every man remember that to violate the law, is to trample on the blood of his father, and to tear the character of his own, and his children’s liberty. Let reverence for the laws, be breathed by every American mother, to the lisping babe, that prattles on her lap—let it be taught in schools, in seminaries, and in colleges; let it be written in Primers, spelling books, and in Almanacs;—let it be preached from the pulpit, proclaimed in legislative halls, and enforced in courts of justice. And, in short, let it become the political religion of the nation; and let the old and the young, the rich and the poor, the grave and the gay, of all sexes and tongues, and colors and conditions, sacrifice unceasingly upon its altars.”

There is much to praise in this passage—part of a speech decrying a series of lynchings. The rule of law is utterly necessary for peace, order, and the very possibility of liberty. But ought our laws to be “preached?” Are the particular rules laid down by particular governments so “holy” that, whatever they happen to demand, they must be seen as embodying our nation’s soul and demanding pious service, lest we betray those who gave us birth?

Surely not. Lincoln himself castigated laws that upheld the very real injustice of American chattel slavery. Moreover, he was willing, in the crisis of the Civil War, to violate important provisions of the Constitution he was sworn to uphold because he thought it necessary in order to preserve the union and with it, in his view, the Constitution itself. It is not surprising, then, that Lincoln so often has been used by those seeking to undermine the structures essential to constitutional government and the rule of law to further a political program devoted to something they find more holy than either, namely, an ideological conception of equality.

There are grounds for a healthy scholarly debate concerning Lincoln’s motives and intentions in prosecuting the Civil War, in issuing his Emancipation Proclamation freeing slaves in the still-rebellious territory, and in calling for a “new birth of freedom.” But the holy figure of Abraham Lincoln has for many decades been used to stifle such debates, replacing them with unearned self-assurance among those demanding radical transformations in our society. It has been used to establish a new, intolerant creed according to which our nation was, or should have been, dedicated to the proposition that all human beings are to be treated as if they were absolutely equal, regardless of their conduct, the dictates of our real religions, and the better or worse match of their talents to particular employment and other positions.

The ideological goal of equality has been used, in the name of Lincoln, not merely to strike down laws relegating African Americans to an unjust, inferior status, but to insert the law, and officers of the national government, into the private, social, and even religious lives of the people. In pursuit of “justice” defined as absolute equality, the political religion has demanded that crosses be taken down, that religious folk perform services at weddings their faiths find dangerous to their souls, and that pious employers fund abortion-inducing drugs through government-mandated health insurance.

I have chosen the anti-religious implications of radical egalitarianism to show how far afield from slavery the ideology of equality has pushed our government and our nation. When equality of treatment is demanded, the reality of inherent dignity is rejected as too likely to allow for moral judgments that make some people uncomfortable, as well as respect for institutions, beliefs, and practices rooted in intrinsic human differences—the traditional family in particular.

The “natural” arc of egalitarian policies, from emancipation through elimination of segregation, to national laws demanding that private organizations submit to governmental regulation of their membership practices, to racial preferences, sex preferences, and now to demands for national pay scales to guarantee “pay equity” and, of course, elimination of any “preferences” for religious institutions and beliefs has been presented as one of unbroken progress toward an ever-brighter future. What is lost in the self-congratulation of this political religion has been the concern for the actual institutions and traditions within which people’s characters are formed and in which they live their lives.

As the demand continues for ever-greater conformity with a program demanding ever-greater individual autonomy at the expense of any interpersonal bonds not rooted in personal choice, the space for associations of all kinds shrinks. Increasingly, all associations become mere subsidiaries of a homogenized political sphere in which the government is always present to “protect the rights” of individuals.

Ironically, though predictably, individuals who buck “the tide of history” increasingly find themselves hounded from positions in public life. Just as predictably, the government that grew to such outsized proportions on the promise of protecting individual expression is nowhere to be found in these altercations, allowing mob justice to rule. It has become almost clichéd to reference Tocqueville’s descriptions of majority tyranny and soft despotism in describing contemporary society. But clichés become clichés on account of their clear accuracy. As the demand for a transformative government enforcing equality in all areas of life has produced greater, more centralized political power, it also has spawned an intolerant political religion. Together, these two forces endanger any who seek to maintain traditional associations and mores, even as they tear down those associations and undermine those mores in the name of “justice.”

Political religion indeed is powerful. But it is a power as adept at building institutions of unchecked power as at liberating individuals, as powerful in enforcing an intolerant orthodoxy as at defending dissenters, and far more dangerous than its promises should lead us to believe.

This was originally published with the same title in The Imaginative Conservative in April 2014.

In Defense of Gray: Reply to Sean Haylock’s Review of John Gray’s Seven Types of Atheism

The Quest(ion) of Literary Form

The Wipe Out of the White Working Class