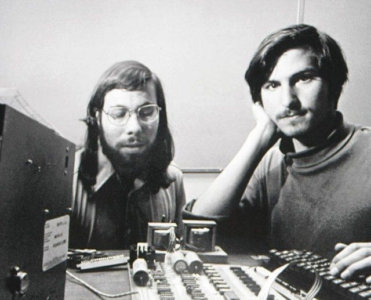 Steve Jobs’ entrance into the technology business was less than auspicious. In an early manifestation of what came to be called his “reality distortion field,” Jobs insisted that his vegan diet inoculated him from the need to bathe regularly. As a consequence, his body odor was so bad that no one would work with him and he was consigned to the night shift at Atari. But Jobs did not change. He had dominated his doting parents as a child and, with their help, his teachers. He could not will himself to smell nice. But he would use the power of his will to dominate business associates and, according to many of admirers and critics alike, transform the way we interact with technology.

As with many people who achieve outsized success in some field, Steve Jobs’ personality and sense of his own power and importance themselves were outsized. In many ways this made him a distinctly unattractive person. Walter Isaacson’s biography recounts numerous instances in which he bullied, humiliated, and cast aside those who had befriended him as he sought ever more power and control. In other ways, Jobs is a sad, even sympathetic character, whose inability to accept reality caused him to squander the chance to survive an early cancer diagnosis in pursuit of quack “natural” cures and who lacked the fortitude to face pain and disappointment with equanimity. Perhaps most important, for us, his personality gave him an attitude toward business, and especially technology that can tell us a great deal about the limits of technology as a path to freedom and creativity.

Perhaps Jobs’ greatest single asset in his business ventures was the power of his personality. No expert at computer hardware or software, he joined with Steve Wozniak, a brilliant computer engineer, to form what would become Apple Computers. Where Wozniak was an engineer’s engineer—happy making new and interesting things to share with his friends, Jobs saw an opportunity to build an empire. As chief promoter, negotiator, and, increasingly, designer, Jobs was the driving force behind the rise of Apple.

As with many startups in the early days of personal computing, Apple began in a garage, transitioning relatively quickly into a player in the business through the help of venture capital. While Wozniak designed the workings of the computers, Jobs was master of their appearance, and helped put together financing and business strategy. He also was key to securing (from another company) the basic design for an operating system that allowed Apple to develop the relatively friendly user interface we now expect, whether using Apple or Windows software.

From its earliest days, Apple successfully portrayed itself as a “rebel” company empowering people to step outside the drone world of clone PCs operating Microsoft systems. I say “ironically” because one of the most common criticisms of Jobs and Apple is that they have refused to open their systems to outside software, peripheral devices and applications. As many critics observe, this is more the attitude of the tyrant than the rebel. The “rebelliousness” of Apple is largely a function of its quirky design, which some find attractive, and its refusal to “share” with the wider world of personal computing. Apple’s closed system precludes the “open source” model of the hacker, the cyber “rebel” who wants the freedom to customize everything to suit his own desires, to make himself “free” of constraints through the manipulation of technology.

None of this is to say that there is anything “wrong” with Apple products. Indeed, it may be the case that the real problem with our technology-obsessed age is that we seek freedom within and through our devices. Jobs’ closed attitude toward his technology was motivated in part by his desire to control everything. But this desire also tied in with a concern for a specific kind of control, namely quality control. Many computer enthusiasts demand “choice.” But how many of us are in a position to make such choices meaningful? For the vast majority of us, computers are consumer items and tools. They are necessary for work (word processing, spreadsheets, graphics) and for communications (email, information retrieval from that vat of sludge called the internet). And some people find them to be good sources of entertainment (games, music, video, and other less wholesome diversions). But, aside from the sad few who truly seek fulfillment in outsized versions of games, most of us recognize that life is to be lived and freedom found, such as it is, in-person.

There is a certain honesty to the closed computer system in that it makes clear that the user is not controlling very much, and certainly cannot “create” reality by switching some cords and/or chips. The real changes imposed on our society by the computer age have not been about freedom. They have been concerned mostly with the reallocation of labor, from “clerical” to “information technology,” with clerical duties being imposed on higher-level workers and even on consumers as corporate leaders seek to streamline their operations through automation. Most of the social changes that have resulted have come from the sad dreams of bored consumers seeking fulfillment in a new set of toys and tools—and especially (and especially sadly) by using them for various forms of narcissistic self exposure.

Of course, Jobs’ greatest success at Apple came from designing a new generation of tech toys and tools. Long before Jobs’ death, the company’s computer division had settled into a relatively safe niche market. Rather like the Volvos once so common in liberal neighborhoods, Apple computers for decades, now, have commanded a substantial premium for reliability, safety, and a distinctive look that appeals to a certain class of customer. It was with the iPod and the iPhone that Apple gained its commanding presence in markets and the technology-obsessed popular mind.

Most often sold in customized boutiques in which one can buy consumer products from “geniuses” (take that, Best Buy!) iPods and iPhones have become standard equipment for millions of Americans. But equipment for what? Functionally, the iPod is merely the next stage of development from the old Sony Walkman, allowing you to exercise or simply ignore people around you while you listen to music. Jobs’ great breakthrough, here, was cutting deals so that he could get enough content at the right price to make the business model work. As for iPhones, they combine cell phones with iPods and with a number of computer functions, some of them highly useful for business (price scanning), most of them simply forms of entertainment.

What Jobs “sold” with these devices was the myth of control, of importance, and of connection through technology. Aside from a few tools, and from the genuine professional advances a few of us are capable of using professionally (such as computer generated animation for use in moviemaking) the vast bulk of what has been made available to us through these personal devices constitutes a massive waste of time—and, worse, a diversion from genuine interaction with actual people, or nature, or our own minds.

Of course, most pastimes waste time. And most of us need to pause from reality now and again. The real problem with today’s technology is not that it poses any intrinsic threat to a humane culture. The problem is that so many in the tech world follow Jobs in believing that they are “Important.” Jobs did not see himself as merely making “good products,” though he sometimes talked in those terms. He saw himself as redesigning the world. And such smugness pervades the tech industry, and even tech consumers, such that our latest toys have a kind of self-created importance that blinds us to their very limited importance beyond rather utilitarian purposes.

None of this is to minimize the large role computers and related technologies now play in our lives. It is, rather, to ask that we come to recognize them as merely another form of infrastructure, in many ways no more interesting or ennobling than a street or a sewer line. We want those sewer lines to work, we need them to work, but few of us should ever head into the sewers, let alone think that playing games in the sewers makes us better than others, or is a better use of our time than, say, conversing with the people around us, looking out the window, thinking, or staring into mid-space.

Jobs’ closed computer system actually allows its users to recognize that their “experience” is being shaped by others. His later consumer devices should be recognized as providing no greater control, but only diversion. If they are changing the world it is because we are letting them divert us from using them for our own ends into surrendering to the ends of their makers. The intelligent, humane choice is to recognize that “technology” should be seen as a set of tools to which we cannot afford to surrender our judgment concerning what is right and valuable.

This was originally published with the same title in The Imaginative Conservative on June 4, 2014.