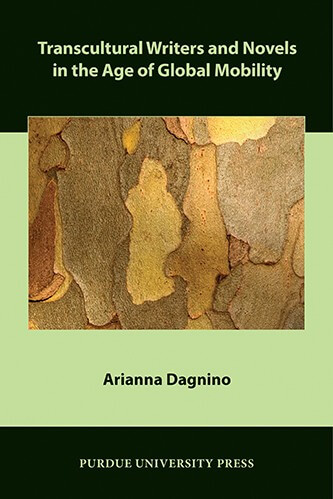 Arianna Dagnino, a researcher and sessional lecturer of Italian studies at the University of British Columbia, in her original, ambitious study, Transcultural Writers and Novels in the Age of Global Mobility, enriches World Literature scholarship with a new category of writers, the transcultural ones. If Steven G. Kellman took up the notion of translingual writers, “those who write in more than one language or in a language other than their primary one,” Dagnino shifts the translingual scope by advancing the concept of “transculture/ality,” a combination of Epstein’s concept of transculture and Welsch’s concept of transculturality, Though “transculture/ality” does not seem to be clearly distinct from transculturality, Dagnino hones in the concept. Her conceptual framework refers to a felicitous confluence of cultures than to their conflict and reciprocal loss and thus it moves beyond the multicultural or postcolonial one.

Equally building on Deleuze and Guattari, the author contends that neonomadism, “the (…) social condition (…) emerging from the transnational and deterritorialized patterns produced by global mobility and by the intense digitalization of information and communication technologies” (200), has created this new category of writers, those who write “between cultures” (14) defying the labels of (im)migrant, ethnic, diasporic, exile or postcolonial writers and building on the dissemination of cultures and mutual enrichment than than their homogenization. Their multilingualism and high mobility fostered the self-transforming process of “transpatriation,” ie new ways of self identification, and thus made them capable of fully immersing in the Other. Though transpatriation is another philosophically comforting and exciting concept, the reader cannot ignore the fact that it is only accessible to a happy few, “another tiny, often well-heeled minority” (17) as Dagnino consents.

Despite the fact that each writer is a class of its own, the author attempts to define their common characteristics. In her “transcultural comparativism” (8) that goes beyond a mere juxtaposition of national literatures, the author pores over her interviews of five authors, Ilija Trojanow, Brian Castro, Inez Baranay, Alberto Manguel, and Tim Parks and cross-fertilizes-them with her own experience as a transcultural writer. Eloquently, the first part is self-translated from Italian,  Dagnino’s mother-tongue, into English. In fact, the study allies two genres – what the author calls “creative non fiction,” which involves the transcription of the interviews juxtaposed and intertwined with entries and reflections from her travel diaries in the first part, and scholarly essays in the second. Dagnino’s privileged choice of “distant reading,” based on “the aggregated data coming from other’ studies and analyses of those texts” (18), naturally gives the reader only a very partial image of the transcultural writers’ novels she chose to refer to but opens a window to their authors’ Weltanschauung. The reader wonders why Tim Parks’s interview is not presented in an autonomous chapter though Dagnino belatedly (91) justifies this choice.

The interviews are set in Istanbul, a fictional background justified by the city’s “unparalleled plurality of cultural influences” (11), yet the current political context of rising religious and political nationalism renders the romanticized image of the cultural capital of Turkey a problematic illustration of cultural confluence and transcendence of cultures. Moreover, the reader may wonder to what extent the interviews are overall fictionalized, in spite of the inverted commas the author uses to present the interviewees’ answers as Dagnino is more interested in “a much more freer form of writing,” in personal expression and in the creation of “out-and-out fictionalized characters” (92), as she states in the final chapter of the first part, “Multiple Dimensions of the Transcultural.” Therefore, Dagnino’s “experiment in creative non fiction” destabilizes the genre of the interview in a postmodern fashion, and thus her contribution, as far as the first part is concerned, is not to “contemporary literary history,” (19) but to transcultural fiction.

In the second part of the book, which indulges in many repetitions, Dagnino works out her theoretical framework built on cultural and literary scholars such as Homi K. Bhabha, Rosi Braidotti, Mikhail Epstein, Wolfgang Welsch and several others. Though the author’s voice is at times covered by the long citations that stud her text, a vast panorama of scholarship is offered to the reader.  All these erudite voices do not clash but are harmonized by the author. Dagnino hails the new cultural order of the 21st century that features the transcultural authors and emphasizes the necessity of the transcultural interpretative approach. Although she initially views transculture/ality not as a political stance, she conclusively concedes that it is “the individual identity mode and imaginary horizon which, together with a neonomadic lifestyle and critical/ethical stance, may lead to a neocosmopolitan political outlook” (121).

Likewise, she reaches a comprehensive definition of “transcultural literature” as the one that “engages with and expresses the confluential nature of cultures, overcoming the different dichotomies between North and South, the West and the Rest, the dominator and the dominated, the native and the immigrant, the national and the ethnic” (144) and places it within World Literature(s). Dagnino also finds it important to underline the expansive disposition of those writers who are better equipped to meet the challenges of the 21st century and thus, we can add, help others to acquire or clarify the same mindset.

Though individual novels are never the author’s main focus, Dagnino attempts to define the transcultural novel just like Sissy Helff in her article, “Shifting Perspectives: The Transcultural Novel.” Its “fuzzy” nature is forged by the “way of experiencing the early twenty-first century globalized world” (179). It is in this experience along with the process of transpatriation that can yield the transcultural novel for imagination alone is not enough according to Dagnino, which explains why her departure was from the writers and not from their work. The question, then, may be raised whether a monolingual author who never left his native country could produce a transcultural novel.

Dagnino’s study is most striking in its faith in transcultural literature as a moral force. The book attests to the importance of transcending one’s culture to understand today’s world. Transcultural writers and novels can certainly help attain the transcultural way.

Essays on Writing In The Between: Poetry As The Key to Education (Essay XII)