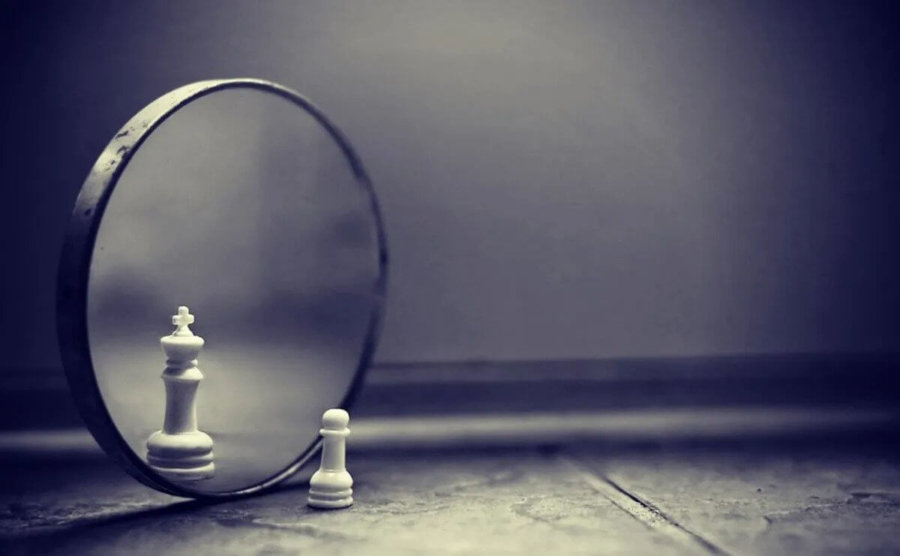 “Nature here sets, even to the universal genius, a limit which it cannot pass, and truth will make martyrs so long as philosophy still holds it to be her principal business to provide against error. (Sixth Letter).”1

These have been some of the concerns of reflective thinkers since time immemorial.

However, we must make a distinction between reflective thinkers, the temperament and orientation to life of thinkers who embrace reflection as a way of life and manner of being in the world, and theoretical thinkers, especially in the sense that the latter is conceived today by science and analytic scholastics.

Reflective thinkers embrace existential concerns, which reflect what I suggest the nature of reflective thought entails: Contemplation of the order of human reality, especially as this pertains to existential reflection by individual persons.

By theory, I do not mean the current use of the word as scientific theory (abstraction).

Reflective thought aids persons to organize and make sense of the impressions we receive from the world, as these impressions become the cornerstone of vital-existential comprehension of human existence. The latter activity transcends scientific know-how.

The end-game of contemplation is practical, for thought ought to work in the service of life, setting up an existential and lyrical narrative of the self in the world that man cannot achieve through scientific theory.

The symbolist painter, Odilon Redon, conveys this thought, when he writes in “Notes sur La Vie, L’Art et Les Artistes”: “When did I become objective, that is to say, a close enough observer of things, perceptive enough of nature in itself, to proceed to my ends and appropriate for my own use visible forms?”2

There are several ways to bring to light the relationship between essence (form) and subjectivity of individual persons. One of these is through the perspicuity that an impressionistic eye supplies man with.

Early morning is the best time to take in the essences that inform the human world. Nighttime is when we do the math.

A late-night discovery: Fate is an indiscriminate mother.

Fate claims her children following the same logic from which she fashions them. No one can evade her modus operandi: Irony, the structural foundation of human reality.

Fate’s children need not suspect this. They rarely do.

There have been plenty of manifestos written about the alleged irreality of human reality, and about the order of existence.

Philosophical, poetic and artistic manifestos address the irreality of the world through existential reflection, and from a perspective of life that embraces sensibility and the aesthetics of experience.

On the other hand, many scientific-inspired manifestos have included in their aspiration to control man’s perception of reality a capricious and ill-advised negation of the intuitive character of human existence – what scientism otherwise believes to be a mechanical and biological life.

Irony: Materialism can never allege the irreality of life, given that its negation of man as an existential-intuitive being would make such a perspective absurd.

We debate…and debate until some people who lack moral/spiritual gravitas and wisdom convince themselves of their guru status, à la scientific method.

Wisdom?  In an age of indiscretion?  What use do the masses have for wisdom?

What need does postmodern man have for heuristic lessons?

Counterpoint: An impressionistic eye. But what is it?

In order to attain understanding, the reflective life utilizes tools that personhood has at its disposition: intuition, thought and emotion. These aid man to organize the vague impressions we receive from reality.

The impressionistic eye offers us a tight, chain-like understanding of human reality and the logic by which best to embrace and comprehend reality.

The life of reflection is the hallmark of impressions, along with its first cousins: sensation and conception. Conception distinguishes persons from bestial nature.

Irony is the greatest killer of man.

This condition has gone undetected by the vast majority of thinkers.

While searching for the causes of human riddles, thinkers overlook irony.

Much like inference in a logical argument, irony informs causes. But also, like a high-flying hawk, irony hovers majestically over the verifiable causes of measurable reality.

Irony teases man, for while it is bare for all to witness, it remains couched in the stealth make-up of impressions.

If measurement of nature is what scientists and positivists use to explain the enigmas of human reality, we must look no further than the complexity of the material world.

However, if we are concerned with understanding the “why” of reality, measurement falls short of the mark. Like a child at play, measurement is infatuated with the sensual, “show-me” and demonstrable “how” of things.

Measurement has fallen short of the mark as a measure of reality since time immemorial; while it opens the door to knowledge, it does not lead man to the room where understanding resides.

The scientific certainties that material causes provide man with eventually exacerbate the relationship between causal explanation and existential longing. The latter is the foundation of the house of form, where we lay down our head at night when we need to sleep.

In relation to existential longing, the measure of human reality does not entail measurement, rather perspicuity.

In turn, perspicuity is the hallmark of man’s ability not just to witness, but see human reality, as this transpires under our curious gaze.

This makes the impressionistic eye a formidable tool of panoramic understanding, diligently preparing the way for reason.

The impressionistic eye organizes the logos of human reality. It achieves this through a bird’s-eye operation that does not necessitate self-awareness.

This is one reason why the impressionistic eye eschews theoretical structures that take their cue from becoming.

There is much confusion today about the question whether philosophy ever arrives at definitive answers.

The common misconception of contemporary academic scholastics, that is, people who dabble in rhetorical questions more than they are interested in answering riddles of human existence, is that philosophy bakes no bread or mends fences.

This is a lazy allegation.

On closer inspection, reflective thought uncovers a wealth of repeating essences that reveal the patterns and symmetry that inform human existence.

Uncovering these essences is the true task and purpose of philosophical reflection, which must ultimately toil in the service of life.

This misconception about the efficacy of reflective thought is a giveaway about the temperament, not for philosophical reflection, but sporting theory of those who make this lazy allegation.

The latter mind-set belittles what Socrates referred to as the spirit of philosophy.

The impressionistic eye responds to this allegation by grounding the impressions received by understanding, and making them the groundswell of existential meaning and purpose in thoughtful persons.

The impressionistic eye uncovers the essences that inform individual human existence and allows these to become guide-markers, navigational beacons for life.

The impressionistic eye embraces the essences of permanence in human reality, while renouncing the sensual appeal – albeit tragic – of mere appearance and the transient nature of becoming.

It is often difficult for man to express understanding of essences. Why is that?

Like substance, essence informs aspects of human existence. However, man does not need to understand the structure of essences in order to live and prosper.

Irony: Because essence does not readily give itself away under the banner of theory, essence consequently finds itself neglected by man’s practical concerns and theoretical myopia.

This is because, like substance, man has no need to establish the purpose and architectonic of substance and essence in abstraction, removed from the vital, existential structure of human reality.

Yet essence is an undeniable and fundamental aspect of human existence, given that essence infuses existence with solidity and depth in regard to man’s lateral movement among other existents, and meaning and purpose in man’s vertical capacity to experience transcendence.

Without the transmission of essences to the plane of daily existence, there can be no philosophy, art, and even, science. This is one of the last secrets of human life that has escaped the popular imagination and scientific method.

Essence does not readily give itself away as the building-block and cornerstone of human reality.

Instead, essence is best apprehended through an intuitive lens – the quick paced stride of the impressionistic eye. Truths that are uncovered about human reality must eventually find expression, if they are to serve man.

The latter is a fundamental aspect of individual existence, which consequently breeds life into humanity – if such a thing can be conceived – through the toil of firebrands and mavericks.

Even when science studies the human body, the object of study becomes detached from the entity who scrutinizes it.

Scientific theory’s lack of existential acumen does not suspect that repetition, certainty, method, mathematical precision and other of science’s attendant values miss the depth and scope of essence as permeating an ultra-rational scale of understanding.

Existence cannot be without essence any more so than mammals without a skeleton.

Theory betrays existential reflection, for theory can never be the blueprint for human existence.

The impressionistic eye does not demand that the object of reflection become separated from the person who organizes the impressions gathered from experience. This has many practical benefits for man’s ability to embrace life.

The impressionistic eye does not call attention to itself.

The rare occasions when the impressionistic eye is coupled with scientific knowledge and philosophic understanding bespeak of ultra-rational structures of human reality.

No doubt that essence serves as the foundation of such structures, always defying the moving targets of scientific enquiry.

Understanding the aforementioned is an instance of man avoiding cannibalization by unforgiving irony, man’s greatest killer.

Irony. The impressionistic eye finds the moving targets of scientific enquiry to be child plays, a poetic form of “going a-roving” when understood in the light of Lord Byron’s truism that “… the sword outwears its sheath, And the soul wears out the breast.” 3

As fate devours her children, man remains oblivious to the carnage.

The machinery of fate makes irony its remorseless foot soldier.

The impressionistic eye learns to assuage the assault of irony on human existence by seeing through the eye, like a roving, panoramic camera-eye searching far afield.

This makes perspicuity man’s most reliable tool for existential reflection.