Stephen Lahey is a Professor Classics and Religious Studies at the University of Nebraska-Lincoln. He has published several works on Wyclif, including Philosophy and Politics in the Thought of John Wyclif (Cambridge, 2003), John Wyclif (Great Medieval Thinkers, Oxford, 2009), and a full translation of Wyclif’s Trialogus (Cambridge 2013), as well as translations of Wyclif’s commentary on the Decalogue and several of his sermons (Wycliffite Spirituality, with Fiona Somerset and Patrick Hornbeck, Classics in Western Spirituality, Paulist Press, 2013). 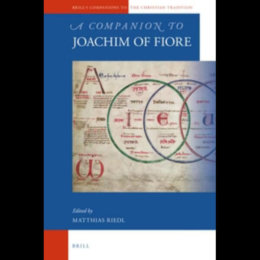 A Companion to Joachim of Fiore. Matthias Riedl, ed. Leiden: Brill, 2017. ix + 360 pp.   Readers of Voegelin’s The New Science of Politics will recognize…