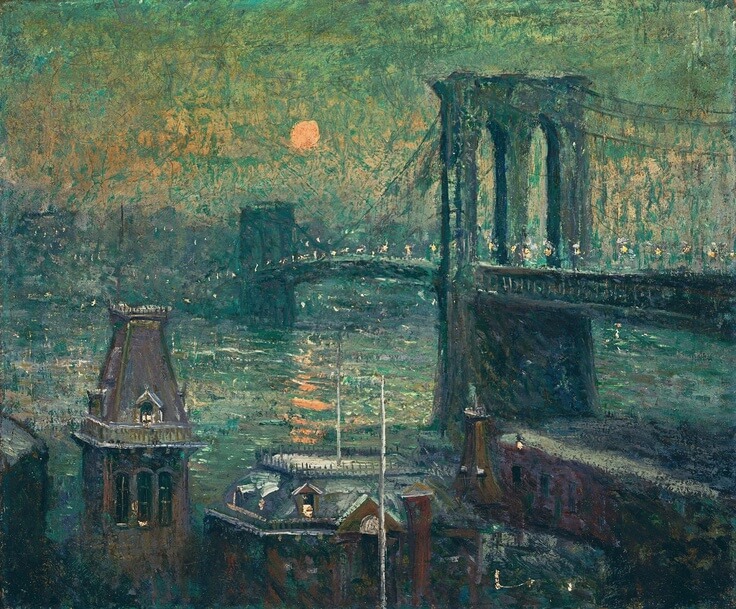 Conservatives have always been portrayed as backward and unenlightened simpletons. This is true especially today because intellectual conservatives are being sidelined by identitarian and populist conservatism. This is not to excuse the Left. On the contrary, the Left’s insistence on presenting conservatives as uneducated, uncultured, and provinicial is a deliberate and targeted act.

One of the Left’s biggest mischaracterizations is that conservatives are against progress. True, conservatives rarely speak about progress as one of the tenets of conservative philosophy. It would appear that they always and only look to the past and try to stop people from any kind of development. William F. Buckley, Jr. famously said that the mission of National Review was to “stand athwart history yelling ‘Stop!’” And what is more anti-progressive than trying to stop time? Of course, that would be a rather simplistic understanding of what Buckley meant. For Buckley, his statement meant that a conservative makes a distinction between what may be called “trends” in thought and politics and perennial ideas and questions that still hold true. Once the distinction is made, then it is the responsibility of a conservative to point to and emphasize the question of what it means to be a human being and come to the defense of order.

Here, I make the claim that indeed a conservative can be and is progressive, and we see this in the conservative disposition as well as the mind. A conservative is progressive because of his of 1) acceptance of human finitude, 2) favoring an individual over a collective, and 3) emphasizing the idea of human flourishment.

Part of my claim involves the comparison between leftist ideology and conservative thought, in which I assert that although leftists have always carried the banner of progress, they are in fact are promising false progress. By contrast, conservatives are involved in true progress. (I should clarify that the reason I am using nomenclature “leftist” or the “Left” as opposed to liberal or liberalism is that I do not consider the leftist ideology to be “liberal.” In fact, the inherent totalitarianism in the leftist mindset is not liberty-oriented at all).

Much of the question that is asked in the title of this essay depends on the concept of time held by conservatives and leftists. A leftist is perpetually interested in achieving a revolution. The problem with this is that revolution (at least for today’s leftist) is without a solid object or a plan. The primary reason why a leftist is actually not a progressive is because leftism is an ideology, and an ideology is a coercion of truth. An ideology does not allow room for freedom of mind; therefore how do we expect any development if the reality according to the leftist only consists of ideological directives? A leftist is stuck in a time loop of revolution as a concept because his reason for being is to speak against tradition and the order of things. At his core, he is a nihilist who seeks to destroy the individual for the sake of the collective. He is unable to be alone (intellectually and spiritually) and gains his power and metaphysical status from a group.

The revolution a leftist seeks rarely has anything to do with a reaction against tyranny. Rather, his idea of progress is about the destruction of order, the annihilating of the difference between sacred and profane, or even worse, claiming that the profane is sacred. This type of progress seeps into every aspect of life—both the private and public sphere.

Time is continuously unfolding, and there is nothing we can do about that. But we must ask how is time changing… and why? French thinker Alexis de Tocqueville was very much concerned with the notion of societal advancement. Consider this passage in his work, Democracy in America:

“It is believed by some that modern society will be always changing its aspect; for myself, I fear that it will ultimately be too invariably fixed in the same institutions, the same prejudices, the same manners, so that mankind will be stopped and circumscribed; that the mind will swing backwards and forwards without begetting fresh ideas; that man will waste his strength in bootless and solitary trifling, and, though in continual motion, that humanity will cease to advance.”

Tocqueville points to a very significant aspect of history and time: Are we simply moving back and forth from one same idea to the next? In other words, is time (and by implication, life) just a series of pendulum swings? He is right to be fearful, and I most certainly hope that life is more than accidental happenings over which we have no control or impact. What’s more, to say that life is only about a swinging pendulum means to present conservatism as a movement and simply another ideological option standing besides leftism. This couldn’t be further from the truth. Conservatism is not a movement nor does it have a manifesto. At its the center is the idea of liberty and the idea that an individual ought not be coerced to execute the directives of the group.

For a conservative, progress is first and foremost rooted in the fact that we must recognize our own finitude. This sounds like a paradox. Aren’t progress and finitude opposites? On the surface, it would appear so. But if we delve deeper into this relation, we shall see that by affirming our limitations, we are actually opening our minds to learning and discovering. To innovate and discover are two actions that undoubtedly point to progress. As William F. Buckley, Jr. stated in his work, Up From Liberalism, “Conservatism must insist that while the will of man is limited in what it can do, it can do enough to make over the face of the world; and that the question that must always be before us is, What shape should the world take given modern realities?”

Creating a utopia, as a leftist would, creates a static place and existence. Whatever ideological form it takes, utopian society imposes a halting of time without ever taking into account human finitude. This is why any utopia becomes a dystopia.

The second and third aspect of why a conservative is progressive is his favoring of an individual over a group, or a community over a collective. These two aspects are relational to each other. A human being is not just some awkward sum of haphazard parts that are, by implication, meaningless.

An ideology relies on the tyranny of the group, and as such any individual human flourishment is not allowed. When an individual human being flourishes, he is continuously participating in his own individuation. He is connected to the community at large. He is humanized through this process of individuation, and he humanizes others as well. By flourishing individually (whether in spiritual, intellectual, familial, or public life), the human being is contributing to the order of the society as a whole.

Asking the question of where we are going is necessary for anyone who seriously wishes to engage in any kind of intellectual thought. It is equally necessary to ask where we have been. If we remove the notion of precedent, we are also removing our deep connection to the past. We are removing the possibility that a figure of the past, say Plato, may have something significant and beautiful and true to tell us today. This is a kind of false progress, which includes a removal of history and leads to a forgetfulness that man is capable of destruction and evil. More importantly, it forgets that man is capable of acts of wonder, innovation, beauty, and goodness.

This was originally published with the same title in The Imaginative Conservative on November 6, 2017.

Emina Melonic is a Ph.D. student in Comparative Literature at University at Buffalo. She holds a B.A. in English, German, and Art History from Canisius College; an M.A. in the Humanities from the University of Chicago; an M.A. in Philosophy from the University at Buffalo; and an M.A. in Theology from Christ the King Seminary. Her work has been published in National Review, The Imaginative Conservative, The New Criterion, American Greatness, and Splice Today, among others.