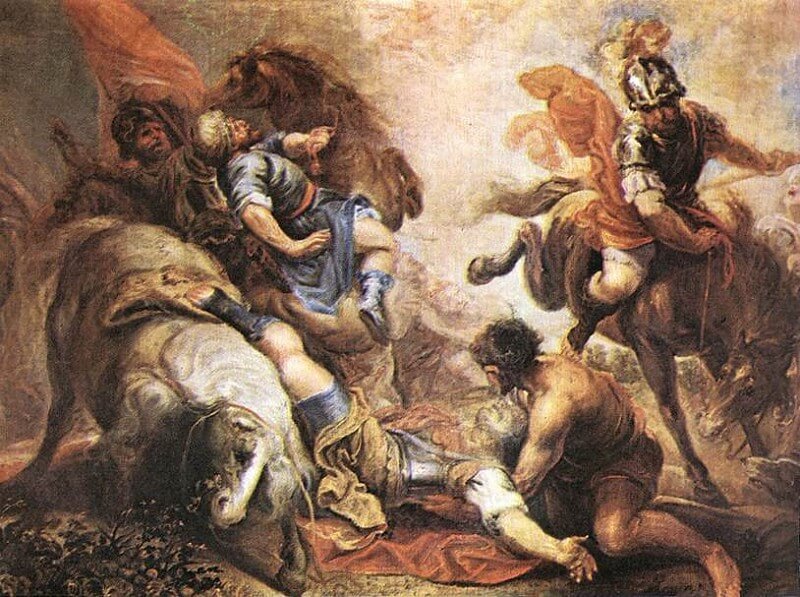 “Philosophy starts by doubting the reality of the perceptible world, of the world of objects and things.”[1] But this is not enough. Philosophical theory should be primarily concerned with the thinking subject, and the meaning and purpose of his existence. “Reality is originally part of the inner existence, of the inner spiritual communion and community, but it becomes degraded in the process of objectification and by having to submit to social necessities.”[2] “To exist, is for man to dwell within himself, in his own authentic world, rather than to be at the mercy of the social and biological world.”[3]

Like Plato, Descartes expresses skepticism about physical reality; in Descartes’ case, whether external reality exists at all, and whether we can have knowledge of it. He goes beyond Plato by discovering the knowing subject. Plato’s conception of noumenal reality is universalist and has nothing that is essentially personal about it. It is populated by hypostasized abstractions, the Forms, but also a living god – the Form of the Good. Descartes’ notion of the existential interior stops short at the subject as the thinking thing. Cogito ergo sum; I am thinking therefore I am. Who is this I? Descartes asks. He replies, a thing that thinks. Multiple problems are immediately evident. One is the severely restricted and inadequate spiritual vision. There is no beauty, justice, or truth, and no God. Another is the restriction of the subject to a thinking thing. Feelings and volition are as much a part of the subject as thought, but these are simply omitted. So, there is a subject, but it is truncated and misdescribed and it would take Kant to identify the existential subject with freedom and the phenomenal world with determinism, though Kant continues to associate the noumenal with the intellect alone.

It is Christianity that regards the Person and the individual as significant. Plato’s philosophy goes from the particular to the universal and sees the universal as preeminently real and the goal of spiritual aspiration. Aristotle’s substance philosophy unites forms with matter, seemingly particularizing substance, but still sees the forms as making a substance the kind of substance it is. Forms and essences are still associated. And knowledge is of form; the universal, not the personal. Aristotle invented biology and sees human flourishing in essentially biological and social terms. Biology, psychology, and every other science focuses on externalities, false objective reality, and has no room for the existential subject. It is worse than Martin Buber’s dichotomy between I/It and I/Thou, because objective philosophy eliminates “I.” Objective philosophy forgets about the subject. It ignores the fact that no matter how objective knowledge may be, it is the creative product of the subject. When objective knowledge looks at the subject, it does so as an object and it cannot see the Person; only objective and thus secondary facts.

Heidegger’s Dasein likewise captures only the social and objective aspect of existence, the shadows in the cave. The real existential subject is spiritual, free, eternal, mysterious, and in potential communion with the divine. In Heidegger, however, the subject as object is thrown into social existence. It is being-in-the-world, being-towards-death, and horribly affected by das Man, the inauthentic “they-self.” Heidegger’s philosophy has no Person, and thus no transcendence, no divinity. Dasein is ejected into the world and there is no hope of salvation, no Kingdom of God to look forward to. This objectivized conception of existence makes no room for freedom because freedom is a spiritual phenomenon. Thus, Heidegger’s philosophy is supremely pessimistic and depressing. It can give the impression of finally getting at the mystery of life, but actually it eliminates mystery. “Although he considers the objective state a degraded one, his philosophy contributes to maintain the world in its degraded state.”[4] Dasein does have the ability to reveal being, but this ability is never explained. The explanation is that the subject and non-objectivized Being are spiritual and it is the prerogative of spirit to determine the meaning of matter.

René Girard too is a fundamentally sociological and anthropological thinker. The philosophy of mimesis is about the affects of society on the Person objectively considered. The famous nineteenth century novels that inspired Girard are about the pernicious effects of mimesis; competition for social status, the deleterious results of reading bad romance novels, and the ramping up of desire generated by rivals – in other words, the disaster of the social. Girard cannot give an adequate account of the spiritual because he has an objectivized vision of the Person. Aristotle, Heidegger, Girard are all about the Person as object, not subject, and therefore not about the real Person at all. 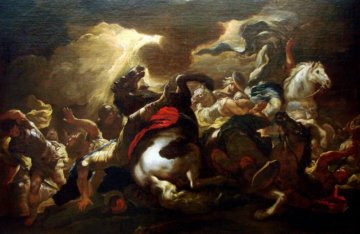 Plato and Aristotle correctly assert that philosophy begins with wonder and wonder is associated with mystery. They both, however, never discover the subject. Descartes discovers the subject, and then does his best to kill mystery. Mathematics is the product of creative insight and imagination, but like everything else in the realm of phenomena is objective and thus nonspiritual. Mystery and the spiritual are inherently linked. By wanting to attain epistemic certainty Descartes does his best to eliminate the spiritual. He models his reasoning and epistemic standards on mathematics and objectivized knowledge. His arguments for God’s existence are rationalist logic-chopping with next to zero persuasive force. Trying to compel belief in God through syllogisms is antithetical to the nature of the spiritual which is connected to ultimate freedom. It turns God into an object in the manner of naturalistic metaphysics. God as mystery is the focus of faith and hope, not syllogism. A proof of God’s existence would be the final proof that God does not exist. The God of unavoidable logical outcomes is not God. It would be an “It,” not a Thou. The conversion of St. Paul, on the other hand, involved the living God.

The Whole Story: Eric Voegelin on the Song of Hesiod

Liberating Logos: Reason, Conscience, and the Future of the West

From the Multiversity Cave: Conclusion