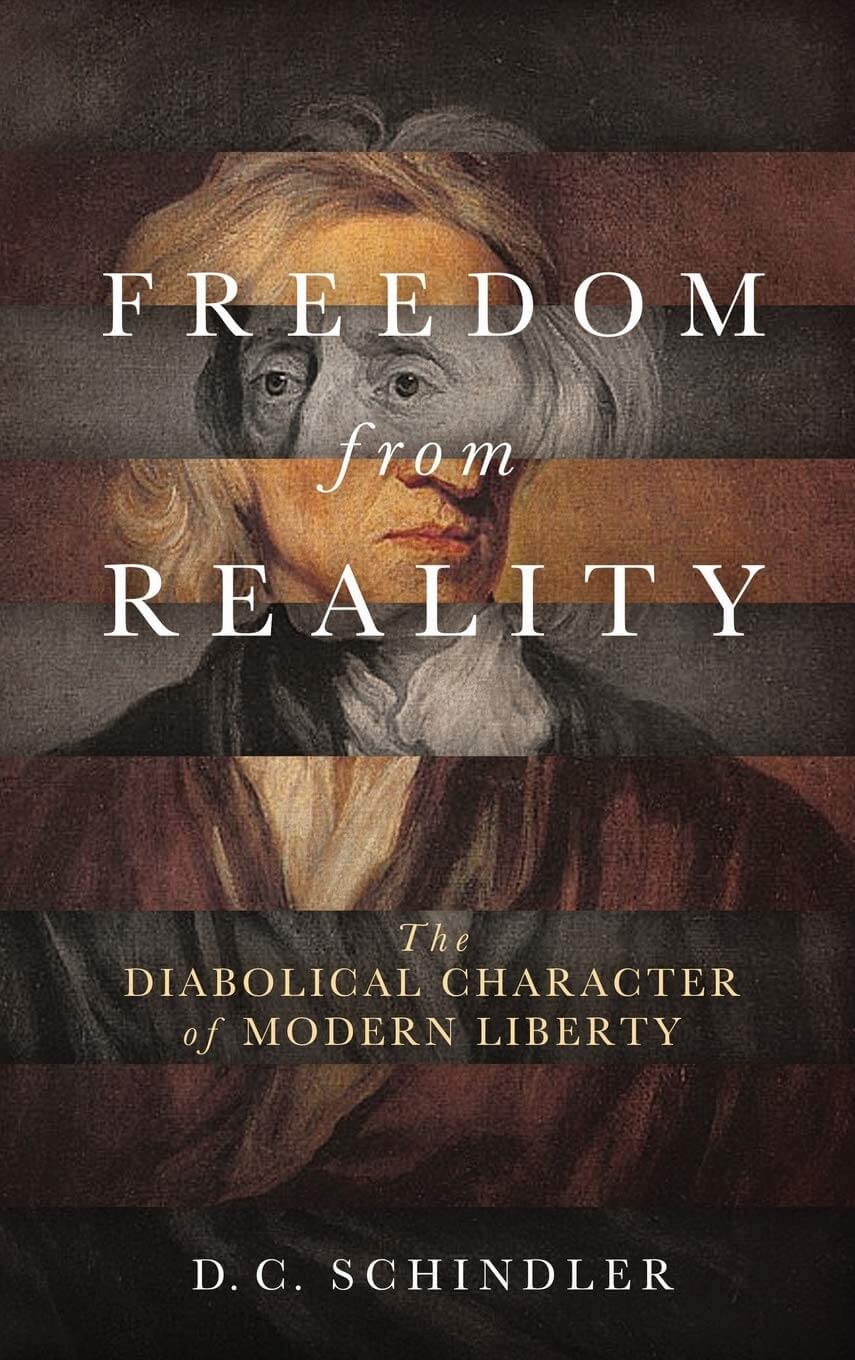 This book examines the philosophical roots of modern liberty, why it is problematic, and proposes an alternative way of thinking about freedom. Schindler approaches freedom in a three-folded manner: 1) its ontology; 2) its connection to the good; and 3) as a relational virtue. When these three features converge, freedom is actualized in the Aristotelian sense and therefore is real. This account is opposed to the modern conception of freedom where potency is supreme and subordinates actuality. In other words, the modern, autonomous account of freedom is one of power and possibility rather than Aristotelian actualization of a person’s proper end.

In chapter one, Schindler sees Locke’s Essay Concerning Human Understanding as symbolic of the philosophical revolution in early modern thought about our understanding of freedom. For Schindler, Locke’s account of the will is both naturalistic determinist and a self-causing power only responsible to itself. In the first edition of Essay, Locke had articulated the will as a desire responsive to the good. But after criticism, Locke revised his classical understanding of the will as self-determining. Unfortunately, this dialectical explanation of the will does not resolve the problem of whether it is determinist or self-causing.

Schindler continues his analysis of Locke in the second chapter with attention to Second Treatise of Government to highlight the inconsistencies of Locke’s understanding of will with regards to potency and actuality. For examples, the lawless state of war is what the state of nature, when governed by the natural law of respect, looks like when made actual; the potentiality of the equality of goods in the state of nature is actualized in an inequality of possessions when money is introduced; the political authority of the state is dependent upon the consent of the governed but in actuality is imposed from above and thus consent does not truly exist (and even more so, with Locke’s “right to revolt”). The result is that power is the principle of political organization and the rest is merely appearances to cloak its nakedness from its citizens.

Chapter three places Locke’s “empirical” thought with other modern thinkers who are supposedly his opposites, Spinoza (“rationalist”) and Kant (“transcendental idealism”). Schindler argues that in spite of these differences these thinkers share five features that are characteristic of modern liberty: 1) freedom as an active power; 2) freedom is incompatible with heteronomy in the form of another will; 3) political order as the preservation of natural rights and regulation of external behavior; 4) rejection of religious tradition; and 5) a tendency to allow freedom to collapse into various natural, ethical, and political determinism.

This understanding of modern liberty is diabolical, according to Schindler, which he explicates in chapter four. The diabolical is 1) to present a deceptive image that substitutes for reality because it is better; 2) paradoxically both individual and impersonal in its account; 3) lacks an animating principle of unity; and 4) characterized by its negativity and self-destructiveness. These characteristics describe modern liberty for Schindler as he provides evidence from his interpretation of Supreme Court rulings. Modern liberty is in opposition to God, the world, other people, and even oneself. But, as Schindler puts it, “if one is willing to pay this price, one can have everything” (188).

Schindler spells out the consequences of this conception of liberty where ends are chosen rather than given, self-determination is about control rather than conformity to a good, and autonomy is an absolute rather than a relative value. Other values – rights, privacy, equality, freedom of thought and press, and voting – are abstracted from any concrete account of reality. Technology, free markets, academic freedom, and information have also transformed our relationship with reality where we are subject to these forces rather than they being subject to us. By removing ends and only focusing on means, this conception of modern liberty has become self-subverting where only power rules.

In the next three chapters, Schindler returns to the classical conception of freedom of Plato and Aristotle. Plato provides a metaphysical foundation to freedom, linking it to his notion of the good. This unity of the good allows creativity and spontaneity in freedom and yields a model of action: “begetting/giving birth in the beautiful.” Instead of being self-subverting like modern liberty, classical freedom is coherent and therefore generates further degrees of order. Aristotle deepens the Platonic tradition by emphasizing actuality in the human soul with its features of perception, thought, and action. The highest form of activity, contemplation and moral action, is a type of freedom of giving and receiving the good. For both Plato and Aristotle, freedom is a social and political activity where, with the other virtues, is fully realized in the concrete form of the community.

Schindler’s study of the contrast between classical and modern freedom is a fascinating and much needed account to understand our predicament and our possible futures. Knowing the origins of our present problems and showing a way out is a critical contribution to diagnosing our situation. Whether we chose a “symbolic” or a “diabolical” account of freedom in our political, cultural, and economic life is yet to be determined. Reading Freedom from Reality will help us make this choice.