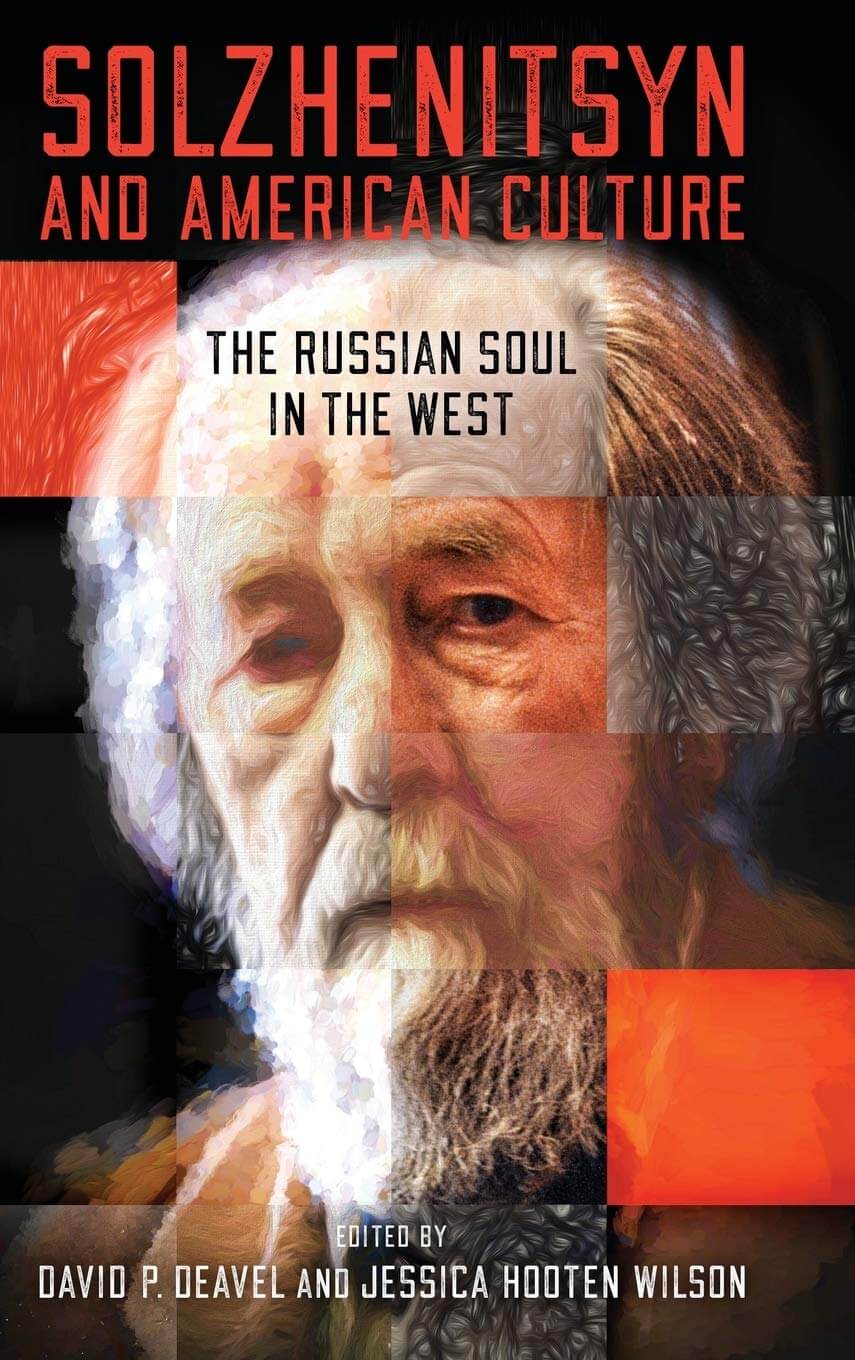 Aleksandr Solzhenitsyn is primarily known in the West for his defiant stance against Soviet Communism; he is arguably the most famous Soviet-era dissident.  He is also known as the dissident who came to America and, quite unexpectedly, became a critic of the West.  In due course, with the end of the Cold War, many journalists, academics, and intellectuals concluded that Solzhenitsyn was no longer relevant.  In the words of Cambridge University’s Dominic Lieven, he had become a “yesterday’s man” (240).

This collection of essays strongly corrects this notion by shedding valuable light on the “oft-neglected merits of Solzhenitsyn’s work” (xxi).  Most importantly, at least for people reading this review, it aims to consider the continuing relevance of Solzhenitsyn to American culture and politics.

It might be best to begin exploring aspects of this relevance through an examination of the aspect of his life for which he first became famous – as an illuminator of Soviet Gulag system.  In his reappraisal of The Gulag Archipelago, Dan Mahoney describes the gulag system as, “a calamity of the first order, with millions, even tens of millions, perishing at the hands of an ideological despotism” (229). While admitting that Solzhenitsyn’s estimates of the number of people killed and imprisoned were undoubtedly too high, he insists on the continuing importance of his work in so far as, “[h]e dramatically chronicles what applied ideology can do to the bodies and souls of human beings.”  Indeed, Mahoney points out that the results of Soviet communism persist to this day in so far as the system led to a “meltdown of people’s morals” and that “lying became a way of life.”

What is the relevance of all of this to 21st century America?  Mahoney explains that, “in the West The Gulag Archipelago remains an indispensable warning against the ideological deformations of reality.  This is of particular importance as young people show a naïve preference for socialist and even Communist regimes and woefully underestimate the number of victims of Communist totalitarianism.” (230-231).

Is this correct?  Is this aspect of American political exceptionalism coming to an end?  A recent Pew Research Center poll found that 72% of all 18-29 year olds in America had a “very positive” or “somewhat positive” impression of socialism.[1]  Among the 50-64 year old age cohort the number declined to 45%.  The 65+ year old age cohort were even less positive about socialism – 39% were “very positive” or “somewhat positive.”  This indirect correlation between age and positive impression of socialism makes sense.  Individuals within the two older cohorts are far more likely remember the crimes of Soviet communism than the younger cohort.  They are also more likely to have actually read Solzhenitsyn’s works.

Solzhenitsyn’s struggle against communism does not mean that he embraced nationalism as an alternative – at least as it is understood in the West.  Nathan Nielson argues that Russian writers and thinkers have traditionally – and paradoxically – embraced nationalism with a Universalist message.  He points out that the Russian impulse is to turn, “love of country into love of humanity” (13). While this may seem contradictory to Westerners, Nielson illustrates that Russian thinkers envision, “the good of humankind as connected with the good of its people” (14).  This conclusion stems from the notion so eloquently conveyed by writers stretching from Pushkin to Dostoevsky to Tolstoy of the interconnectedness of all individuals.  This, of course, contrasts with the Western understanding of nationalism – a movement seen as opposing such interconnectedness.  For the Russian, “universalism thus blooms from the tree of national identity” (15).

Solzhenitsyn also emerges from another seeming paradox discussed by Eugene Vodolazkin when he writes: “The modern age has promoted the development of distinct personal qualities and encouraged us to see ourselves as individuals rather than roles, but has isolated us from the truths that supply us with energy and rivet the mind.  These were of course religious truths – they represent vertical connections” (31).  These divine vertical connections were the very basis of Medieval life and precluded an impatient striving for a utopian future which characterizes the modern age.   Vodolazkin writes that these modern dreams for a utopian future are not harmless for they establish a, “goal so lofty that it cannot be reached” (34).  He continues: “The more ideal it becomes, the greater the stubbornness with which it is pursued.  There comes a time when blood is spilled.  Oceans of blood.”

While heavily influenced by his intellectual predecessors, Solzhenitsyn stands out as a thinker who critiqued very specific characteristics of the West.  Using the formula of the inalienable rights of Life, Liberty, and the Pursuit of Happiness found in the American Declaration, David Deavel explains that Solzhenitsyn’s critique of America can be understood by inverting the order in which these rights are listed.  In pursuing happiness first, unrestrained by liberty and life properly understood, Americans miss the target.  This is largely due to the fact that the consumerism which Americans embrace in their pursuit of happiness results in “moral poverty” (42).  This “moral poverty” in turn threatens the freedom for such a system to exist.

Solzhenitsyn did not believe that freedom could exist in the absence of virtue.  A freedom geared toward satisfying only the enjoyment of material possessions is a freedom easily sacrificed.  Indeed, when Solzhenitsyn was asked by Bernard Levin if people might be willing to cast off their freedom to be slaves, he replied, “Yes, today’s Western Europe is full of such people” (43). Deavel suggests that this could just as easily be applied to America.

Deavel finally suggests that, “Life precedes liberty and the pursuit of happiness” (47).  He explains: “to get the meaning of liberty correct and fix it on the right kind of happiness, it is essential to see what life is for” (48). For Solzhenitsyn, life is for spiritual growth, a growth threatened by the primacy of materialism in America. Deavel concludes: “Solzhenitsyn saw greatness and wisdom in America despite its flaws.  Perhaps it is time to look again at him and his countrymen for wisdom in regaining our bearings concerning life, liberty, and a deeper pursuit of happiness” (49).

All of this sets the stage for a consideration of how Solzhenitsyn and his Russian intellectual predecessors would understand two recent American developments – the rising levels of polarization/tribalization in Red vs. Blue America and the emergence of rage as a political phenomenon.

Lee Trepanier’s chapter on what Americans can learn from the Russian past looks to the nineteenth-century Russian debate between Westernizers and Slavophiles as a mirror of, “the twentieth-first-century American disagreement about its national identity, role in the world, and what place – if any – the white working class has in the country” (250).  He points out that this is not an issue of, “identity politics, racism, or misogyny but of citizenship” (260). His focus is on the role of the underclass in the formation of the American political identity – are they to be transformed by globalization and modernization, “as Westernizers and Blue Americans desire, or remain true to their tradition and values, as the Slavophiles and Red Americans want” (259).  If we are to avoid the ultimate outcome of this Westernizer vs. Slavophile struggle – the 1917 revolution – we would best learn from the Russian exemplar as depicted so eloquently by both Turgenev and Dostoevsky.

This critical message is augmented by William Jason Wallace who focuses upon Solzhenitsyn’s message to the West as found in the 1983 Templeton Foundation speech and the 1978 Harvard commencement address.  Wallace focuses primarily upon Solzhenitsyn’s concern with the Western emphasis upon an unguided “pursuit of happiness” – a happiness which must be spiritually guided.  Wallace summarizes Solzhenitsyn’s argument about what happens in the absence of this spirituality in writing, “Unrestricted individual rights, seeming endless prosperity, and the loss of religious meaning bestowed on the West a paradox.  Instead of happiness, it yielded a spirit of hatred toward self and society.  In effect, the liberal West and the Communist East produced the same result – destructive self-hatred that touches all areas of social life” (237).  He adds, “For Solzhenitsyn hatred, both self-hatred and hatred of society, is a defining mark of the modern free world.  Hatred is visceral and corrosive.  Hatred of self and hatred of society are promoted at all levels of education, and as a result the young are the most at risk to misunderstand themselves and their freedom” (238).

Wallace concludes his chapter with words that could end any of the chapters in this book, “Even if Solzhenitsyn’s warnings prove to be the voice of a minor prophet rather than a major one, they are nonetheless worthy of careful reflection” (246).  Indeed, there are many other outstanding chapters in this book, in which Solzhenitsyn’s ideas as they relate to Orthodoxy and the ideas of Western thinkers such as Flannery O’Connor and Thomas Merton are carefully reflected upon.  They all convincingly argue that Solzhenitsyn is categorically not a “yesterday’s man.”

John P. "Jack" Moran is an Associate Editor of VoegelinView and a Professor of Political Science at Kennesaw State University in Georgia. He is author of From Garrison State to Nation State: The Russian Military and Political Power under Gorbachev and Yeltsin (Praeger, 2001) and The Solution of the Fist: Dostoevsky and the Roots of Modern Terrorism (Lexington Books, 2009). He has also worked at the Office of the Undersecretary of Defense (Policy), the United States Embassy in Moscow, and the United States Field Systems Agency in Tokyo, Japan.