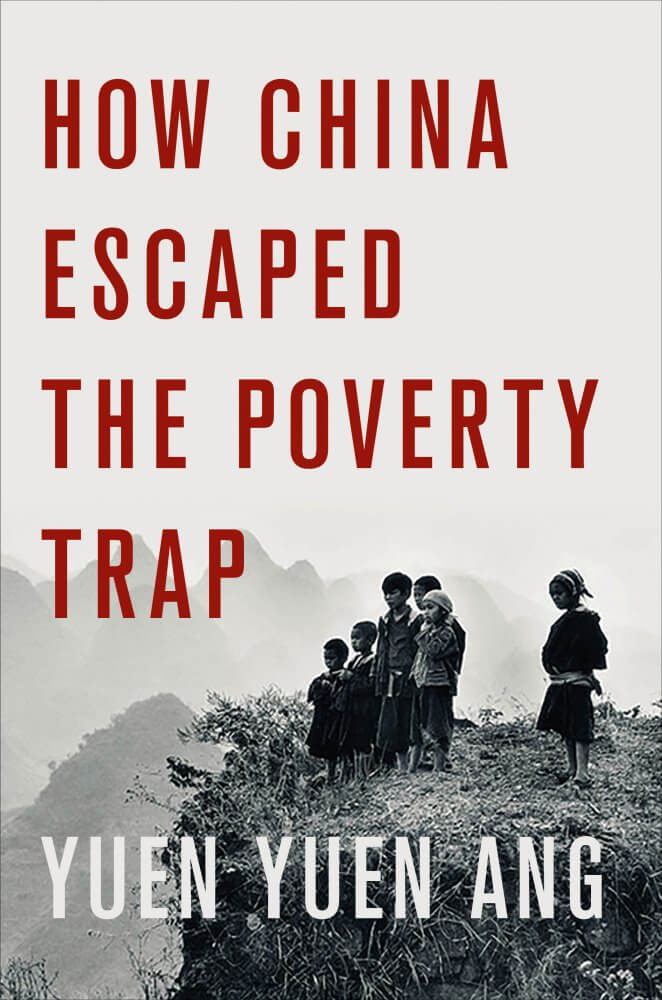 Ang maps China’s coevolutionary approach by focusing on market and state development strategies since 1978 to 2013 to see how these institutions create mutual feedback loops as they adapt to each other. In examining these mutual feedbacks, Ang looks at variation (generation of alternatives), selection (selection among and assembly of alternatives to form new combinations), and niche creations (crafting of distinct and valuable roles among heterogeneous units within a system). For Ang, variation addresses the question what were the new options and strategies produced and by whom; selection examines what shaped the motivation for selection at a given juncture; and niche creation focuses on whether a unit was trying to differentiate itself from other members or blindly replicating the strategies of others. By looking at these three mechanism, Ang can account for institutional change as an adaptive process as 1) the harnessing of weak institutions to build markets; 2) the emerging markets stimulate strong institutions; and 3) strong institutions preserve markets.

Thus, China escaped the poverty trap by first building markets with weak institutions and then by crafting environments that facilitate improvisation among the relevant players. It constructed a set of underlying conditions that fostered an adaptive, bottom-up search within the state for localized solutions. This directed improvisation was commanded by central reformers while local state agents improvised. The reformers authorize but delimit the boundaries of localization (variation), clearly defining and rewarding bureaucratic success (selection), and encouraging mutual exchanges between highly unequal regions (niche creation). It is this paradoxical mixture of top-down direction and bottom-up improvisation that set the foundation for the coevolutionary process of markets and states.

If part one spelled out the theoretical framework of Ang’s coevolutionary process with the contention that it has more explanatory power than the linear accounts of modernization, good governance, or path-dependency, part two explores how directed improvisation was done in China. Central leadership set the national agenda of change and signaled the amount of discretion that may be exercised in different policy realms. Local state agents in turn were encouraged to improvise within a certain spectrum of permitted variation. Over time the Chinese bureaucracy would become, in Ang’s words, “franchised” with its elites evaluated like CEOs based on quantifiable economic targets and cadres as corporate employees whose income came from their state salaries and promotion of local businesses. The benefit of this franchise model is that it generates an organizational culture that values money making; the drawback that it leads to corruption and public discontent against the bureaucracy.

Part three looks at how local officials adapted central goals of development to varied conditions in China and over time. The pseudonym Forest Hill, a coastal province that is hill-locked and surrounded by forests and trees, is one locale that Yuen examines with her theory of coevolution. On the one hand, property rights and markets coevolve, and on the other hand, development strategy and markets coevolve. These two dynamic processes proceeded together and spilled into each other. Throughout these processes, whether in property rights or market capitalization, we can see the movement from partial formation to informal protection to formal protection and thereby distinguish when markets were created versus preserved. The causal sequence of mutual feedbacks unfolded to harness weak institutions to build markets which led to emerging markets stimulating strong institutions, and finally yielding strong institutions to preserve markets.

Yeun also looks at two other locales, Blessed Country, a coastal city with a long entrepreneurial history, and Humble Country, located in the central province of Hubei. While the development between these two locales differed, with Humble Country lagging behind Blessed Country by approximately twenty years, the process of state and market coevolution is similar. Furthermore, the development between these two locales are inextricably connected. Humble Country’s economy only began to grow when low-end industries from Blessed Country migrated to the interior of China, while Blessed Country earlier had benefited from the inflow of capital and labor from the interior. Regional inequality is not only a consequence of market opening but also a driving force of China’s overall economic success.

Yeun concludes her book with an application of her coevolutionary process of development to late medieval Europe, antebellum America, and contemporary Nigeria. Thus, the so-called “China Model” – or any search for a universal account of economic development – is wrong-sighted; rather, particular solutions for market promotion need to be examined among countries and within countries to explain economic development.

Still Yeun draws six lessons from her study for enhancing local improvement and adaption for the promotion of markets and institutions: 1) delimit boundaries of experimentation and flexibility; 2) activate incremental changes across connected domains simultaneously; 3) in the beginning define success narrowly; 4) give everyone a personal stake in the development process; 5) let some get rich first but pair up the poor and the rich; and 6) harness weak institutions to build markets.

Whether China will be able to continue to adapt its economy and institutions in the future remains an open question. If China fails, the West is unlikely to benefit given the economic interdependence between it and China; but if China success, then it will be the first time a non-western nation will surpass the political and economic power of the West in more than three hundred years. The stakes cannot be higher.

To understand the future of China and the West, we must first understand its past. How China Escaped the Poverty Trap is an innovative account to explain why China has economically developed in spite – or because – of its low-quality institutions. It is both a theoretically original and empirically rich study of Chinese economic development and required reading for those who want to understand China’s and our own future.