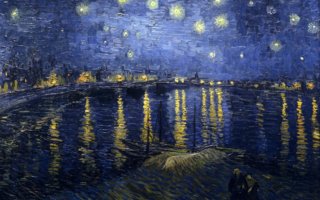 When I first discovered Plato, I was delighted to learn that philosophy could be exciting, rather than boring. I learned that Plato wrote eloquently in praise of divine madness. Eros is recognized by many to be a form of madness, and yet without eros how can one be propelled aloft on the quest for wisdom?

Eros is assimilated to divine purposes when it serves the quest, as Plato well knew. I do not wish to review his incomparable treatments of this theme, with which you may already be familiar; from Plato’s Symposium and Plato’s Phaedrus, for example. In any case, doubtless you have heard the theme before: “Only the lover sees . . .”

That is, only the lover sees the truth; and this is so because love grants to the lover a kind of vision that is not otherwise available. The world, seen through the eyes of love, thus becomes enchanted.

Those who would denigrate this kind of vision as madness or delusion are not open to the possibility that perhaps they themselves could be residing in a world of delusion. Their madness is not the divine “madness,” then, but rather a madness of an infernal sort. They lack the ability to be open to a greater sort of divine love, precisely because they denigrate any kind of love before they can even begin their ascent from eros to agape.

Thomas Merton has related to us a mystical experience he had. It shows us that those who would denigrate love and mysticism are rejecting a mode of vision. Even if we have not experienced this sort of mystical vision ourselves, we can still appreciate how divine love is something that could give form to a way of seeing the world:

“I was suddenly overwhelmed with the realization that I loved all these people, that they were mine and I theirs, that we could not be alien to one another even though we were total strangers. It was like waking from a dream of separateness . . . Then it was as if I suddenly saw the secret beauty of their hearts, the depths of their hearts where neither sin nor desire nor self-knowledge can reach, the core of their reality, the person that each one is in God’s eyes.” (Thomas Merton, Conjectures of a Guilty Bystander)

And yet I suspect that Merton’s experience is not unusual. Perhaps many other people have glimpsed moments of vision like this, but they simply do not talk about them. Further, I speculate, what Plato might have done, upon experiencing such a thing, is resolve to make it a way of centering his life.

How Plato might have proceeded to do this is obscure, although much scholarship helps us to make conjectures. Reading his dialogues, we could wish to give up and to say only that Plato himself is an enigma. And yet we are all enigmas to ourselves; so perhaps Plato’s brand of spiritual wisdom is not so unknowable, and perhaps he is someone who really can be a companion on our own journey into self-knowledge. At least, this is what I would wish to conclude from his literary attempts to praise divine madness—as something mystical and beautiful and indispensable.

But if Plato is not to your liking, see if you can allow your thoughts to be touched by this poem by Emily Dickinson:


Much madness is divinest sense
To a discerning eye;
Much sense the starkest madness.
’Tis the majority
In this, as all, prevails.
Assent, and you are sane;
Demur, —you’re straightway dangerous,
And handled with a chain.

Who are we to dare to depart from the violent wisdom of crowds, especially when it is their social bonds that are most vividly able to bind and loose us?

And yet the crowd has its critics, whom we cannot help but admire. Plato among them, for we can consider his outrage at the injustice done by the crowds to Socrates as being in no small part his inspiration. If we are to at least take Plato’s dialogues as heartfelt tributes to his teacher, we can infer that it was Socrates who taught him about the indispensable divine madness.

If we can ourselves have at least one such teacher in our lives, we are fortunate. I am reminded of the great René Girard, who died last year, and who taught me much about the infernal sort of madness practiced by the crowds.

In his first book, translated from the French into English as Deceit, Desire, and the Novel, Girard takes the dominant literary theories of his day as his starting point, and yet proceeds to subvert them. “All types of structural thinking assume that human reality is intelligible; it is a logos and, as such, it is an incipient logic,” he writes.

What Girard notices is something that such theories have failed to see is part of the logic of storytelling. Setting aside the crowd’s pet theories, Girard adopts instead the mode of seeing of “the great writers,” who are such, he writes, because they “apprehend intuitively and concretely, through the medium of their art, if not formally, the system in which they were first imprisoned with their contemporaries.”

In other words, the madness peculiar to the artist is, like the mystical experience of Merton, a revolutionary way of seeing the world. For Girard, the artist’s vision thereby becomes a vision of the way things really are socially, which those without the vision have been unable to see.

The conservative philosopher Roger Scruton, who has spent much time contemplating the work of Girard, made the following eloquent statement of the significance of the kind of vision that Girard offers to us, by way of his meditations on literary vision:

“I agree with René Girard, that the human impulse towards violence lies at the origins of our social sentiments, and easily translates itself into religious form, and in particular into the search for the scapegoat, whose sacrifice will purge us of our accumulated guilt. However, I also believe that Christianity, which makes this process conscious, and in which the victim offers himself in a spirit of forgiveness, contains the solution to violence. In this, Christianity is entirely unlike Islam, which is a religion that has not risen to consciousness of its underlying dynamic, and is in denial about its sacred text. The Christian is commanded to forgive, to accept humiliation, and to bear the cross of Christ. If these commands are followed faithfully—which is, of course, rare—then violence will be defeated.”

Art and mysticism alike offer us access to the divine sorts of visions that many would consider to be madness: guilt; sacrifice; humiliation. And yet, if the world were to be emptied of love and forgiveness, where would we be? Surely, the choice we need to make is the choice that Plato made when he experienced glimpses of divine love, thanks to his incomparable teacher.

We too need to make a certain kind of vision the center of our lives. Perhaps it is impossible to conjure forth that kind of vision at will, because that would violate the nature of the vision itself as pure gift. But if mystical experiences of divine love cannot be summoned on command, we can at least return on a regular basis to those sustaining sources in literature that can serve to remind us of the vision by which we wish to navigate our days on this earth.

We choose this, and drink deep from the wisdom of vision bequeathed to us in the many sources we have been given for just this very purpose. Turning to the poets, who can be our companions in our quest for indispensably divine madness, we can draw out daily dose of words. In doing so, we really do, in the words of Robert Frost, thereby “choose something like a star” as the beacon to light our way.


O Star (the fairest one in sight),
We grant your loftiness the right
To some obscurity of cloud-
It will not do to say of night,
Since dark is what brings out your light.
Some mystery becomes the proud.
But to the wholly taciturn
In your reserve is not allowed.
Say something to us we can learn
By heart and when alone repeat.
Say something! And it says, ‘I burn.’
But say with what degree of heat.
Talk Fahrenheit, talk Centigrade.
Use Language we can comprehend.
Tell us what elements you blend.
It gives us strangely little aid,
But does tell something in the end
And steadfast as Keats’ Eremite,
Not even stooping from its sphere,
It asks a little of us here.
It asks of us a certain height,
So when at times the mob is swayed
To carry praise or blame too far,
We may choose something like a star
To stay our minds on and be staid.

This was originally published with the same title in The Imaginative Conservative on October 7, 2016.