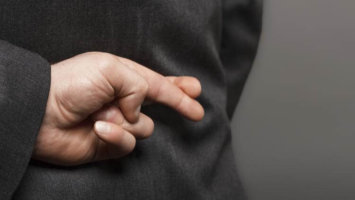 What did Plato actually teach in the Republic about the so-called “noble lie?” For convenience, I shall refer to it by designating it as “The Plato Doctrine.” Let me begin by asserting what I think the Plato Doctrine is not. It is not the advocacy of a “noble lie.”

The phrase “noble lie” does not even occur in the text of Plato’s Republic. The over-translated Greek phrase is gennaion ti hen, “some one noble [thing]”.[1] The tendentious over-translation assumes that a neuter singular nominative case noun is to be understood in agreement with the adjective gennaion: gennaion [pseudos], “noble [lie].” Moreover, this conventional mistranslation omits the crucial two qualifying nominative singular adjectives ti and hen that are in grammatical agreement with gennaion. Hence, when translated as “noble lie,” the Plato Doctrine is corrupted in two ways.

First, the subject of this Doctrine is assumed, without the textual basis of any noun, to be referring to a lie: “noble [lie].” Second, because the phrase “noble lie” is such a vivid oxymoron, the two other adjectives qualifying the adjective “noble” are habitually excised from the quoted text and omitted from discussion of Plato’s Doctrine (no doubt because they make the tendentious oxymoron less vivid). But at the very least, even if we assume that the implicit noun is pseudos, the phrase would be “some one noble [lie].”

Because the mistranslated phrase is habitually abbreviated as “noble lie,” scores of commentators feel justified in perverting the Plato Doctrine and misunderstanding it as, not just the countenancing of a “noble lie” (singular), but as the countenancing of “noble lies” (plural) as the necessary daily acts of government. But the text only refers to “some one noble” thing.

Perhaps you hesitate to accept my debunking of this widely held rumour about Plato’s Doctrine—the alleged “noble lie”—simply because the bunk version is so widely held. Why has no scholar before now noted this gross mistranslation of Plato? In fact, I am not alone. In his admirable Penguin translation, Desmond Lee notes,

“the phrase here translated as ‘magnificent myth’ . . . has been conventionally mistranslated ‘noble lie’; and this has been used to support the charge that Plato countenances manipulation by propaganda. But the myth is accepted by all three classes, Guardians included. It is meant to replace the national traditions which any community has, which are intended to express the kind of community it is, or wishes to be, its ideals, rather than to state matters of fact. And one of Plato’s own criticisms of democracy was that its politicians constantly mislead it, governing by propaganda rather than reason.”[2]

Lee’s translation of the phrase (as “magnificent myth”) is certainly a step in the right direction. But it still supplies a noun (“myth”) where there is none in the text, and it excises the other two qualifying adjectives (“some” and “one”). Moreover, “myth” has a pejorative connotation in English, and thus is not adequate for the rehabilitation of the Plato Doctrine. A translation more suitable for advancing Lee’s keen observations would be “some one noble [story],” with the more neutral “story” for the pejorative “myth.”

Further, Lee’s “magnificent” (no doubt intended to preempt any pejorative connotation in “myth”) is not quite right, because the sense of gennaion is not just “noble” (literally, “well-born”), but also “traditional” (in the sense of “precedented”, i.e. of a genos).[3] Therefore, with these observations having been made, I propose my own preferred translation: “some one noble [doctrine].” “Doctrine” is more august than “story,” and it connotes, moreover, the ring of truth that would accompany a noble, traditional story that is passed on in order to preserve the political insights of preceding generations, reformulated in the current generation. The Plato Doctrine, in other words, is not about a clever politician’s “noble lie.” The Plato Doctrine is about doctrine; namely, a nation’s political doctrine concerning its national tradition. It is a political teaching, to be affirmed at all levels of the citizenry, aiming at the preservation of national tradition.

The Republic’s context of the phrase “some one noble [doctrine]” supports my argument. Socrates is discussing the need for “some one noble [doctrine] to persuade those being told stories: especially, on the one hand, the rulers themselves; if not, on the other hand, the rest of the city”.[4] In other words, the promulgation of the national doctrine is not only the responsibility of the rulers, but they, first and foremost having been persuaded by it, will be the most sincere believers in that doctrine and the most unwavering advocates and guardians of it.

The main difficulty in this passage of the Republic is how to understand pseudomenous, the accusative masculine plural present tense participle. Because it comes right after gennaion ti hen, it has wrongly been taken in translations as the “lie” which the adjective gennaion introduces.[5] Grammatically, this makes no sense; gennaion is singular, and pseudomenous is plural. The people in the accusative plural who are being persuaded by “some one noble [thing]” (i.e., a national doctrine) are “being told stories;” they are not “being lied to” (a bad translation), because of the Republic’s surrounding context in which Socrates is searching for a noble doctrine (i.e., a more truthful doctrine), in contrast to the lying stories of others.

Socrates is proposing state laws against the lies about the gods told by poets like Homer. The first regulation, in contrast with such lying Homeric stories, is that “God is the cause, not of all things, but only of good things;”[6] the second regulation, that “consequently there is nothing for the sake of which God would lie”:[7] God, being wholly benevolent, does not tell lies and does not need to. In contrast, how do humans behave and, on that basis, what kind of national stories does Socrates advocate for propagation by human leaders? Let us call them “lies,” if we must translate the Greek pseudos with only one English word. But Socrates’ point is that these stories are not insidious, deliberate lies. Rather, they are approximations of truth, since stories are the best approximations possible when the full truth is not manifest to mere mortals.

Socrates distinguishes between two kinds of lies: the outright lie, and the storytelling approximation to truth. Plato’s text thus contrasts “the lie in being” (the sort of outright lie which both gods and men detest) and “the lie in words” (which takes political traditions and makes the best possible fit of such stories with the truth). The first is simply a lie. But the second is a “lie”—i.e., a lie in scare quotes:

“And in the telling of the tales we were just now speaking about, because we don’t know the truth about the past, but likening the ‘lie’ to the truth as best we can, don’t we also make it useful?”[8]

I would prefer to translate these two phrases (which contrast the two types of pseudê) as “lie” and “doctrine”: i.e., to take “lie” as translating to tô onti pseudos, the outright lie, “the lie in being;” and to take “doctrine” as translating to en tois logois pseudos, which is the storytelling “lie” that aims at incorporating the wisdom of tradition in order to best reach an approximation of the truth.

Gods have full knowledge of the truth, but because mortals lack this, mortals recognize the necessary pharmaceutical and prophylactic uses of stories in the political arena to benefit the city in its life-and-death struggles: “falsehood is no use to the gods and only useful to men as a kind of medicine… it will be for the rulers of our city, then, if anyone, to use falsehood in dealing with citizen or enemy for the good of the State; no one else must do so.”[9] Examples would include the classification of national security secrets and threat information that would unnecessarily panic the populace.

In short, for self-preservation, and especially in the fog of war, the national polity needs a doctrine to guide its action, because (for mere mortals) political deliberation can never be theoretically certain. Instead, a practical doctrine—“some one noble [thing]”—is the best that can be hoped for in mortals’ political approximation of truth when it comes to discerning their best regime.

It is not an untruth. Instead, it is a tradition that all the citizens have come to see, on the basis of their shared experience, as best approximating the hard-to-discern fullness of truth about their place in the world.

[1] Plato’s Republic 414b. The interpretation proposed here for this phrase was first argued for by me in public in a paper delivered at the Classical Studies academic conference at Green College, University of British Columbia, on May 6, 2004.

[3] I am indebted to Prof. Robert B. Todd for this observation on the meaning of gennaion as “precedented”.

This was originally published with the same title in The Imaginative Conservative on November 15, 2016.