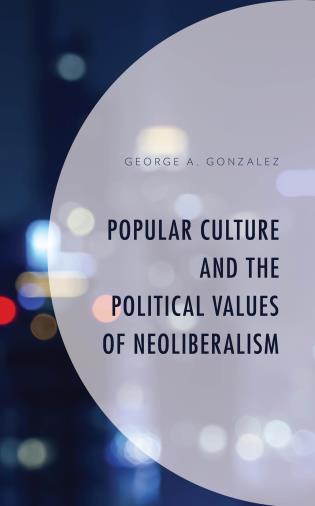 Reality is made up of the Absolute and causality. The absolute (most saliently philosophized about by Georg Hegel) is where normative values inhere. Causality can be described as the measurable effects of the normative values of the absolute and the laws of physics (also ostensibly a product of the absolute). Humans are special insofar as they access the higher aspects of the Absolute – altruism, compassion, love, humor, science, engineering, etc. The Absolute also contains what can be considered the less attractive values or impulses: greed, lust for power, hate, self-centeredness, conceit, etc. (Chapter Two). Predicating society on what I deem the lower (spirits) aspects of the absolute (most prominently, greed) results in personal, social dysfunction and ultimately the end of civilization. Conversely, a society based on justice is stable and vibrant. Justice is a classless society, free of gender and ethnic biases. My argument is based on popular culture – especially the Star Trek franchise. One implication of my thesis is that capitalist values generate psychological neurosis and societal instability – even catastrophe (Chapter One). Additionally, the political values that dominate the current neoliberalist world system (and especially the American government) are the other (Chapters Three and Four), the will to power (Chapter Eight) – resulting in war (Chapters Five and Six), and global political instability (Chapter Seven).

Classicist Henry Paolucci explains that “art” (along with religion and philosophy) “are in the end, for Hegel, ‘moments’ of absolute spirit.”1 Similarly, philosopher William Desmond, in A Study of Hegel’s Aesthetics: Art and the Absolute, notes that “Art has an absolute dimension; indeed, it belongs together with religion and philosophy itself as one of the three highest modes of human meaning.”2  Consonant with Hegelian reasoning, my specific argument in this volume is that the broadcast iterations of Star Trek allow us to comprehend significant aspects of the absolute – particularly as it relates to justice. Therefore, Star Trek is the highest of high-brow entertainment.3 Why is art empirical documentation of the absolute?4 Humans speculate about the absolute – i.e., that which moves history forward and allows people to lead authentic lives. Precisely because the absolute is that which is and which isn’t,5 art/imagination allows for the absolute to be conveyed in an intellectually and emotionally satisfying matter.6 (Notably, the first known philosophy in the Western world [Plato’s Dialogues] was written in the form of narrative art.) Art, therefore, can supersede philosophy, with the latter serving to dissect/amplify what is accessed/depicted through the former. A simple but nonetheless informative example being the Next Generation episode “All Goods Things . . . “(1994). The “little pond of goo” from which all life on Earth emanated is conveyed. It is from this pond of goo that the absolute for organic life on Earth was born, as here is where the will (i.e., spirit) to live/survive/procreate on this planet was spawned. Star Trek aptly notes that the destruction of this pond, and all like it, would have prevented humans from evolving. It is through such portrayals that we can see how the absolute operates with regard to life on Earth (of course, including humans).

The enduring popularity of Star Trek indicates the validity of the speculation portrayed in the franchise about the absolute. Put differently, the global success of the Star Trek validates the idea that the multiple series and movies, to an important degree, “capture” the essence of the absolute. Philosophy Professor Jack Kaminsky, drawing explicitly on Hegel’s theory of aesthetics, explains that “the artist tries to show men what kind of man would be the fullest expression of the Idea” (i.e., the Absolute).7 Therefore, very plausibly, the artistic success of the Star Trek franchise (and its great popularity) is precisely due to the fact that it shows us what kind of person/society would be the fullest expression of the Absolute. Precisely because of Star Trek we can seemingly be secure about certain aspects of the absolute, and, as a result, Star Trek ostensibly serves as a guide to an authentic life and a stable, thriving society. Parenthetically, the value of Star Trek is exactly that it transcends the personalities and specific contexts within which it was produced. Indeed, this is precisely what makes it effective, elucidating political theory and philosophy.

Analytic philosophy, whose adherents have historically ridiculed the idea of the absolute8 – without positing any answers of their own for the movement of history9 – is an obstacle to knowledge. Most specifically, art and the analyzing of the aesthetic are viewed by analytic philosophers as mainly outside of epistemology and ignorable as it relates to science.10 The humanities is of a piece with the physical sciences11 – as they both speculate about the absolute, the latter about its manifestation in matter and energy, whereas the former (in its finer forms) is speculation about the absolute as it pertains to human affairs.12 “Art may not have the precision of physics but, according to Hegel, it has as crucial a role in revealing to us an aspect of the [Absolute] Idea.”13 Because analytic philosophers reject the arts as a source of knowledge, this approach serves to block the truth – knowledge of the absolute through art. Star Trek is directly predicated on Hegelian reasoning about the Absolute (Chapter Two).

Overview of the Book

Looking to art (specifically Star Trek), we can observe the personal and social perniciousness of greed. Greed, within a capitalist/neoliberalist context, functions as a destructive addiction and results in social catastrophe (Chapter One). Chapters Three and Four take up the issue of identity politics. Star Trek indicates that the only authentic identity is that of globalism – whereby all humans are citizens of the world (expressly rejecting the politics of the other). Chapters Five and Six are about the mind. The condition of post-traumatic stress disorder (PTSD) is proof positive that the human mind is geared toward forwarding the progressive dialectic, and direct, violent (murderous) acts against this dialectic (e.g., imperial war) literally damages the mind (Chapter Five). Both Star Wars and Star Trek posit the literary device of (warrior) clones. Examining these literary devices allows us to conclude that the mind inherently has an autonomous relationship to the Absolute (Chapter Six). With chapter seven, I change gears somewhat and focus specifically on U.S. politics. In addition to Star Trek, I engage the television series Justice League Unlimited, The Blacklist, and House of Cards to show that the American government (under the auspices of neoliberalism) has become decisively authoritarian. The final chapter (Eight) treats the destructive political values underlying the series Breaking Bad. These political values are those of neoliberalism and propelled the rise of Donald Trump. The corrosive political values of neoliberalism are juxtaposed to a politics based on solidarity as cast in the Star Trek franchise.

This excerpt is from Popular Culture and the Politics of Neoliberalism. Our review of the book is here.

George A. Gonzalez is Professor of Political Science at the University Miami. He is author of several books, including Popular Culture and the Political Values of Neoliberalism (Lexington, 2019).

A Reading and Commentary on Michael Kirwan’s Political Theology