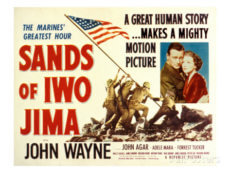 What Every President Needs to Know

I was talking to the plumber, “Oleg” by name, and when I hung up I looked at the caller ID on the phone and saw that he had a very Ukrainian last name. He had sounded thoroughly American but his name reminded me of the Ukrainian clients I had when I was practicing law in Baraboo, a resort community in southern Wisconsin not too far from metropolitan Chicago and its immense émigré population from central and eastern Europe.

These Ukrainians were first generation Americans, hard working, intelligent and successful. They were buying vacation homes in the area. But they had in common something I could not understand at the time. They were intensely secretive about their personal lives and business transactions, apparently because of “the government.” All loyalty was to the family and the Ukrainian Catholic Church. All distrust and suspicion was directed at government, its tax collectors, inspectors, etc. I understood they came from Communist societies but I couldn’t understand why their suspicions carried over to the United States. After all, they were free men once again.

And then there was my Italian-American brother-in-law who never tired of reminding us you can only trust your family — never the government. Of course his grandfather escaped from the violent landscape of Sicily. When I recall my brother-in-law’s grim warnings, it reminds me of the scene in the movie The Godfather in which the youngest son’s announcement that he has enlisted to fight in the war is met with scorn and derision. Or Orson Welles as Harry Lime in The Third Man, “The governments have their five year plans, Holly, and I have mine.”

So in January of this year, after the “Health Care Reform” law was jammed through, I began to ask myself if those old Ukrainians and my Italian in-laws were right. Had I reposed too much confidence in American traditions? Were they window dressing to cover the power drives of whoever scrambled to the top of the heap? I sat by passively while government grew in every direction. I was too disconnected. And powerless. And I had to say that if Voegelin studies had made me philosophical, they had also made me feel that I was merely an observer in an inevitable process of a rising and falling civilization. (I should have remembered he always resisted political evil, sometimes at great danger to himself.)

I recall Olavo de Carvalho writing a piece several months after the 2008 election in which he described the shock and unbelief, and perhaps paralysis, with which the majority of Americans greeted the radical left steam roller. It made me untypically pessimistic for some time. But then something wholly unexpected happened. It was the Tea Party Movement, named for those Bostonians who threw the tea shipment into the harbor rather than pay the British a tax on that essential beverage. This new movement, which in a few daysis likely to overthrow and crush the pretensions of the administration of President Barack Obama, is very properly named after those early patriots and nationalists.

To employ Voegelin’s terminology, there is a substance to a society. It is immaterial and does not exist in any one person but in the culture and the lives and historical memories and parental endowments of the people of a nation. That substance in the United States has many components, and among them are a conviction that the devout worship of God and the well being of the US are inseparable; that government does a few things well and many things badly and is often staffed by people who are unfit to hold real jobs; that human nature is fallen and the US Constitution should be interpreted to restrain the appetites of politicians; that war, though regrettable, is often necessary because we have enemies who will harm us if they can get away with it; and that life has always been and always will be difficult at best and we don’t want government to reshape our families, our social relations or our working lives according to some grand visionary scheme.

My fear was that the youngest voters, those large numbers who made the election of Obama possible, who voted without any experience of life except sexual athletics, and who were deprived of a decent public education, had tipped the American historical scale in the direction of  intellectual and spiritual decay. Those youngsters, together with those establishment university ideologues and a political party who’s first sacrament and membership litmus test is approval of infanticide, had me convinced that God might have marked us down for special punishment as a people.

But the substance of this nation remains intact.  In fact it may have been necessary that this Un-American citizen should have been elected in order to force the people to dwell on the important things about our nation that made men proud to fight and die for its preservation. As soon as the President revealed his ignorance of the pronunciation of the Navy term for a medic, “corpsman” (The “ps” is silent.), we knew. We now knew for certain what we had sensed earlier: that he was a brilliant faker, a quick study with a photographic recall who had no real life experience with anything except rabble rousing in south Chicago.

He was parked at an obscure college in California and then managed a law degree. What was his law resumé? He was on Law Review. What did he write for them? Where is it?  Did he ever write an appellate brief? Where is it? Did he every try a complex civil case or defend a client in a serious case? When? Citations, please.

Like a number of law diplomates, after graduation he had no interest in the law. Unforgivable today, however, is his ignorance of and disdain for the US Constitution. Some of the charges listed against President Andrew Johnson in the Republican platform of 1868, 142 years ago, and allowing for the style of exposition, could perfectly apply to President Obama:

7. The Government of the United States should be administered with the strictest economy, and the corruptions which have been so shamefully nursed and fostered by Andrew Johnson call loudly for radical reform.

8. [Andrew Johnson] has acted treacherously to the people who elected him, and the cause he was pledged to support; who has warped high legislative and judicial functions; who has refused to execute the laws; who has used his high office to induce other officers to ignore and violate the laws; who has employed his executive powers to render insecure the property, the peace, liberty, and life of the citizen; . . . .

In that year, the people revolted against Johnson’s administration and resoundingly elected Ulysses S. Grant, our greatest president after Washington and Lincoln. We are still the people de Toqueville wrote about in Democracy in America in 1835. Our character was already established back then and remains today as it was in 1835 (And VoegelinView, though never intended to be a running critique of President Obama and his claque, has by its very nature and existence proven to be such for the past two years).

President Obama should have known how to pronounce “corpsman.” And he would have known if he had taken the time to watch John Wayne in Sands of Iwo Jima. He would have heard the wounded marines shouting “Corpsman!”  But he had more interesting things to do, not to exclude studying the methods of class warfare.

He really should have watched Sands of Iwo Jima.

What You Need to Know About Anton Pavlovich Chekhov