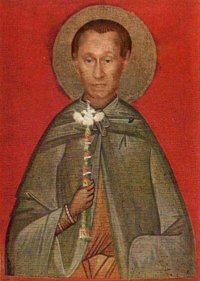 Fyodor Dostoevsky’s final novel, The Brothers Karamazov, has rightly earned its place among the greatest books of all time. It warrants this stature in no small part because it addresses questions and problems that lie at the heart of what it means to be human. Dostoevsky’s political insights of this novel are among his most profound and instructive for people of all times and geography. He offers a fierce repudiation of totalitarian politics and diagnoses the spiritual maladies of extreme statist “solutions.” He perceived with horror that absolutist political systems implicitly claim the authority to arbitrate people’s meaning and purpose, something that no group of finite beings can actually do.

Critical to understanding Dostoevsky’s political teaching is recognizing the pervasiveness Vladimir Soloviev’s political views in The Brothers Karamazov. Soloviev was a dear friend of Dostoevsky’s who envisioned an expansive theocratic regime ultimately directed by Russian Orthodox Church. Anna Dostoevsky (Fyodor Dostoevsky’s second wife) once remarked, “Fedor Mikhailovich [Dostoevsky] saw in the person of Vladimir Soloviev not Alesha, but Ivan Karamazov.”[1] That the character Ivan Karamazov’s published article supporting a sovereign Orthodox Church closely resembles Soloviev’s views is no coincidence: Dostoevsky likely intended to represent Soloviev’s ideas and their implications in Ivan’s political writings. It is through Ivan’s representation of Soloviev in The Brothers Karamazov that Dostoevsky unearths the grave implications and outcomes of totalitarian politics.

Before unpacking Dostoevsky’s revelations about absolutist political arrangements, we must first briefly examine Vladimir Soloviev’s conception of Orthodox theocracy and see how it resembles Ivan’s theocratic writings. Soloviev envisions a political arrangement governed by a consolidated Church and State. Soloviev understands Christology to be the animating principle of church-state unification, with the Church being the predominant element of the composition. Just as Christ’s divine nature is superior to His human nature, so too is the Church superior to the State. Soloviev says:

“In order to regenerate all of humanity Christianity must not only permeate individual elements, but also societal elements. The God-man connection must be renewed not only individually, but also collectively. As the divine element has its collective expression in the Church, so the purely human element has a similar expression in the State; and consequently, the God-man connection would be expressed collectively in the free combination of Church and State, the latter now appearing as the Christian State.”[2]

For Soloviev, the Christian state rests on the State’s freely chosen union with the Church. In order to accomplish the spiritual renewal of humanity, not only must individuals become personally divinized, but also society must reflect divinization under the direction of a sovereign Orthodox Church.

Soloviev’s views are strikingly similar to Ivan Karamazov’s published article defending theocracy that he summarizes in the chapter “So Be It! So Be It!” Here, Ivan argues that Russian society ought to defer to the authority of church-run courts (called ecclesiastical courts) rather than public criminal courts. His endorsement of this policy stems from his more fundamental belief that the Church and State are of the same “essence” and that the Church ought to subsume State. Ivan says:

“Thus (that is, for future purposes), it is not the Church that should seek a definite place for itself in the state, like ‘any social organization’ or ‘organization of men for religious purposes’ (as the author I was objecting to refers to the Church), but, on the contrary, every earthly state must eventually be wholly transformed into the Church and become nothing else but the Church, rejecting whichever of its aims are incompatible with the Church. All of this in no way will demean it, will take away neither its honor nor its glory as a great state, nor the glory of its rulers, but will only turn it from a false, still pagan and erroneous path, onto the right and true path that alone leads to eternal goals.”[3]

According to Ivan, the Church ought to absorb the State entirely until it is fully aligned with the character of the Church and becomes its functionary. Ivan, like Soloviev, believes that the united Church and State is not only more efficient but also sacred because it presupposes divine truths.

Initially, Father Zosima seems to echo Ivan’s idea of theocracy, for Zosima agrees with Ivan that ecclesiastical courts will eliminate crime and affirms that Church and State ought to consolidate.

But, importantly, Zosima qualifies his view with the idea that the Church’s maneuvering is subject to the providence of God. In his chapter of Dostoevsky’s Political Thought, John P. Moran points out that Father Zosima knows society is ill-prepared for theocracy and theocratic policies (such as ecclesiastical courts): “In principle, Zosima agrees with Father Paissy’s assertion that the state should become the Church, but he disagrees with the notion that political reform should make this happen; it should only happen when society itself is ready for it.”[4] Moran is right to point out Zosima’s modified view of theocracy. Zosima says:

“Christian society itself is not yet ready . . . [but is] awaiting its complete transfiguration from society as still an almost pagan organization, into one universal and sovereign Church. And so be it, so be it, if only at the end of time, for this alone is destined to be fulfilled! And there is no need to trouble oneself with time and seasons, for the mystery of times and seasons is in the wisdom of God, in his foresight, and in his love . . .”[5]

Zosima’s claim here makes explicit the crucial difference between his and Ivan’s understanding of theocracy. Whereas Ivan is willing to implement ecclesiastical courts “now” and hope for gradual change, Zosima says that such institutions rely upon the “wisdom of God.” Ivan’s impatience to establish ecclesiastical courts “now” and Zosima’s deference to God’s timing stand in stark opposition. Thus through Zosima, the wisest character in the novel, Dostoevsky signals that there is crucial defect in Ivan’s (and Soloviev’s) more radical views of theocracy.

Dostoevsky presents his more explicit and devastating critique of Soloviev’s theocratic aspirations in “The Grand Inquisitor.” Like Ivan’s earlier essay recommending the Russian Orthodox Church gain sovereignty, the Inquisitor’s political society is governed by a church (albeit a false one). The Inquisitor says to Christ in Ivan’s parable, “…[W]e shall say that we are obedient to you and rule in your name.”[6] The Inquisitor also says that his church took “that last gift he [the devil] offered you when he showed you all the kingdoms of the earth: we took Rome and the sword of Caesar from him [Christ], and proclaimed ourselves sole rulers of the earth . . .”[7] While openly defying Christ, the Inquisitor and his fellow ecclesial guardians profess spiritual authority by claiming to be the true Church. The Inquisitorial regime is a secular state that subordinates the Catholic faith to itself.

Viewed side by side, one sees the deep irony that Ivan’s published essay on Orthodox theocracy and the Inquisitor’s anti-theistic regime are the perfect inverse of one another. In mirroring each other, Orthodox theocracy and Catholic theocracy are counter embodiments of the same phenomenon: a radically totalitarian and anti-theistic statism. The Inquisitor makes manifest the underlying logic of such political arrangements. He says to Christ:

“With us everyone will be happy, and they will no longer rebel or destroy each other, as in in your freedom, everywhere. Oh, we shall convince them that they will only become free when they resign their freedom to us, and submit to us . . . They themselves will be convinced we are right, for they will remember the what horrors of slavery and confusion your freedom led them . . . They will become timid and look to us in fear, like chicks to a hen.”[8]

The Inquisitor wishes to alter reality’s inherent order because, he argues, humanity should have never been given freedom. He understands human freedom to be a glaring flaw in the created order and attempts to alter it with the force of his political authority. In trying to eradicate freedom, an essential aspect of human nature, the Inquisitor positions himself as a pseudo-god. He fashions and enforces a social order that accords with his idea of a perfect (or at least improved) world order. However, the Inquisitor’s order is deeply degrading and violent. Here Dostoevsky forewarns of the grave consequences of capitulating to the Inquisitorial worldview: menacing regimes that condone lies and violence.

Dostoevsky’s insight about totalitarian politics provides a crucial teaching about perennial political tendencies. His unsettling depiction of the Inquisitor’s world exposes humanity’s twin temptations: One temptation is to expect the nobler aspects of our natures to reign and cooperate with the moral order imposed by a sovereign Church, which is the error of Ivan’s essay endorsing a sovereign Orthodox Church; the other temptation, illustrated in “The Grand Inquisitor,” is to despair of human wickedness and depend upon an omnipotent state to neuter our passions to the degree we no longer harm one another. Refusing to acknowledge the full spectrum of reality and focusing exclusively on humankind’s elevated nature or its propensity towards depravity results in a disorienting and sometimes deadly political order. We learn from Dostoevsky that, until the eschaton when God restores all things to Himself, we must acknowledge the best and worst of ourselves and ensure our political institutions reflect the full breadth of human experience.

This was originally published with the same title in The Imaginative Conservative on July 5, 2018.

Elayne Allen is the Academic Programs Assistant at the Jack Miller Center. She holds a B.A. in Political Philosophy and Great Texts from Baylor University and is also a John Jay Fellow.

Hedonism in Ernest Hemingway’s “A Farewell to Arms”