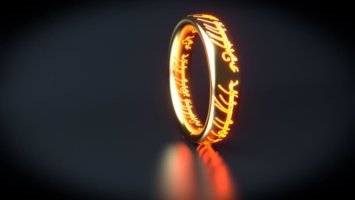 Given the fantastic premise of this myth, we are able to construct a thought experiment to test out the virtue of the two types of human beings: just and unjust. Do they share something deeper in common, on the basis of their shared human nature?

Glaucon posits that to possess the ring of power is to have the difference between justice and injustice annihilated. No man, be he just or unjust, would be able to maintain the charade of socially-constructed justice any longer. Once he possesses the ring, he would be compelled to reject the social contract of “justice” which he had only accepted earlier as a necessary evil:

“Suppose now that there were two such magic rings, and the just put on one of them and the unjust the other; no man can be imagined to be of such an iron nature that he would stand fast in justice. No man would keep his hands off what was not his own when he could safely take what he liked out of the market, or go into houses and lie with any one at his pleasure, or kill or release from prison whom he would, and in all respects be like a God among men. Then the actions of the just would be as the actions of the unjust; they would both come at last to the same point. And this we may truly affirm to be a great proof that a man is just, not willingly or because he thinks that justice is any good to him individually, but of necessity, for wherever any one thinks that he can safely be unjust, there he is unjust. For all men believe in their hearts that injustice is far more profitable to the individual than justice, and he who argues as I have been supposing, will say that they are right.”

The ring of Gyges, then, is the thought experiment that would prove that absolute power corrupts absolutely. And yet we must ask, is this thought experiment successful? Is there any instance in which it might fail? Glaucon observes:

“If you could imagine any one obtaining this power of becoming invisible, and never doing any wrong or touching what was another’s, he would be thought by the lookers-on to be a most wretched idiot, although they would praise him to one another’s faces, and keep up appearances with one another from a fear that they too might suffer injustice.”

In other words, in evaluating the thought experiment’s success, we need to be cautious of how we may be speaking or thinking in the presence of others. Accordingly, the results of the experiment could be skewed or distorted by the desire to appear to others as a just person. We must keep this in mind, and inquire of ourselves on the deepest interior level, whether or not the thought experiment exposes in our individual self a divided nature. Even if we are unprepared to make the admission of hypocrisy to others, we are invited to make it to our self, at least if we think the common conception of justice, as Glaucon outlined it in his prefatory remarks, is true.

“And at his side let us place the just man in his nobleness and simplicity, wishing, as Aeschylus says, to be and not to seem good. There must be no seeming, for if he seem to be just he will be honoured and rewarded, and then we shall not know whether he is just for the sake of justice or for the sake of honours and rewards; therefore, let him be clothed in justice only, and have no other covering; and he must be imagined in a state of life the opposite of the former. Let him be the best of men, and let him be thought the worst; then he will have been put to the proof; and we shall see whether he will be affected by the fear of infamy and its consequences. And let him continue thus to the hour of death; being just and seeming to be unjust. When both have reached the uttermost extreme, the one of justice and the other of injustice, let judgment be given which of them is the happier of the two.”

In short, we have two roads placed before us. One is the road travelled by the just man, the other the road of the unjust. The destination each man reaches is the opposite of what he really is. The destination is seeming; and when it is reached, the truth about being is obscured. We are then invited to ask: would you rather seem to be just, or to be just?

All that the ring of power does is to sharpen the question. The ring allows us to posit the scenario in which the seeming is entirely opposite to the being:

The virtue of the just man is totally hidden. No one sees his justice when it is invisible; so what good is it?

And the vice of the unjust man is totally hidden. No one sees his injustice when it is invisible; so what evil is it?

In short, the ring invites us to inquire into the truth about justice, which seems to be useless in the face of power. To whatever extent that power is gained, to that same extent the utility of justice is lost. Power unleashes the truth about human nature, according to Glaucon’s thought experiment, at least if we accept the ugly thought that power makes justice obsolete to the extent that it liberates us from the social contract constraints imposed on us by the power of other people.

But the key to resolving the puzzle generated by this disturbing thought experiment is found in the difference between peoples’ inner lives and outer lives. To the extent that one’s inner life is different from one’s outer life, then to that same extent the ring of power may vividly highlight the difference. If one’s inner life is concealed, by being at odds with one’s outer life, then the ring of power is the lucid thought experiment that renders visible that contrast.

The thought experiment breaks down, however, if there exists a man for whom there is no divided self. For this man, his inner life is no different from the life he leads on the outside. For such a man, the ring of power poses no threat, because it will make absolutely no difference with respect to how he will live his life. In his case, he has been living his life in harmony—the transparent harmony between his inner and outer self—all along.

The ring of power, then, is a mythical tale that in fact turns out to be true. At least, it is true for anyone who lives a divided life, concealing an inner life that is in any way contrasted with his outer life.

In other words, we all possess the ring of power already: it is the ability to lie; to conceal; to have an inner life that is not fully shown on display in one’s outer life.

But consider the example of Socrates. Socrates is no divided self, i.e., someone showing something different on the outside than on the inside. The ultimate Socratic irony, testifies Plato, is that there was no man more just than Socrates, and yet he was condemned as if he were unjust.

To conclude the thought experiment, then, you must look to Socrates and then you must answer the question about your own life. Do you wish to continue living as a divided self, acting like a Gyges with your ring of power, seeming to be one way, yet actually being another?

Or would you rather be like Socrates? In that case, you have no need of the ring, no need of pretense. You can be your happy self. And even if the entire world were to rain down on you a judgment that would seem to portray you as other than you really are, you would remain undisturbed by such a turn of events.

Instead, you would simply savor the Socratic irony, the irony which the Gygeses of this world can never enjoy. The irony is this: justice is its own reward, and a man does not need the ring of power as an instrument to attain that reward. In fact, the ring itself is the obstacle. And so we joyfully cast it aside.

This was originally published with the same title in The Imaginative Conservative on April 14, 2016.