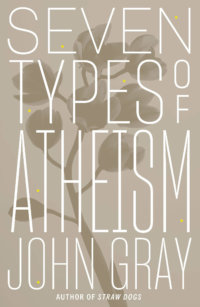 John Gray has come a long way. One might even say he’s made progress. Once a sympathetic interpreter of Mill and Hayek, his devotion to understanding classical liberalism began to militate against his devotion to advocating it, until he became the fierce critic of liberalism we know today. He has more admirers than he has allies. Among many classical conservatives Gray enjoys a reputation for philosophical sophistication, refreshing contrarianism, and polemical brilliance, although this praise comes with definite reservations. Peter Hitchens sees in him a “genuinely original and questioning mind” and Michael Brendan Dougherty lauds him as “one of my favourite writers working today”, but Gray’s unremittingly bleak worldview (just look at the titles of some of his more recent books: Straw Dogs, Black Mass, The Silence of Animals) works to rein in his conservative admirers. Hitchens finished Gray’s latest “feeling a little sorry for its ultimate aridity”. This is a far cry from the rough treatment Gray has received from astute critics on the Left, such as the characteristically acerbic Terry Eagleton, who had found a previous work of Gray’s packed with “half-truths, plain falsehoods, lurid hyperbole, dyspeptic middle-aged grousing and the sort of recklessly one-sided rhetoric [Gray] would surely mark down in a student’s essay.” In contrast, conservatives offer at best a grudging condemnation, perhaps because for conservatives the bleakness of Gray’s philosophy is part of its appeal (and it’s not hard to see why it appeals to a confirmed curmudgeon like Peter Hitchens). Better Gray the dour fatalist and maligner of all things utopian than progressives with their hectoring moralism and right-side-of-history sanctimony. Better a Ballardian prophet of doom than all these Wellsian Whigs and Orwellian prigs. Two cheers for despair.

It’s Peter Hitchens’ uncharacteristically lenient judgement that Gray’s latest, Seven Types of Atheism, is “an agreeable display of cleverness and deep knowledge lightly worn, ending with a gust of superior laughter”, (I have to admit I have difficulty imagining Gray laughing, superiorly or otherwise), “at the silliness of mankind”, and that, besides, “this sort of thing is what slim volumes are for”. Certainly Gray is not an unserious writer. He’s not prone to anything like, say, the glib dismissals and jocular condescension that typifies the writing of the New Atheists. But precisely because his nearest competitors in the popular atheist apologetics market are so obnoxiously narrow-minded one would prefer Gray’s forays into the genre to be more expansive. Gray might then be forced to more satisfactorily account for numerous claims of his that remain bald, and sometimes bewildering, assertions.

In his introduction to Seven Types of Atheism, Gray says “I have no interest in converting anyone to or from any of these types of atheism. But my own preferences will be clear.” I think we should take Gray at his word here. He’s not in the business of proselytizing for his beliefs, or even rescuing people from delusion and folly. He claims no credit for the persuasiveness of his account, if indeed it happens to be persuasive. He only intends to speak his mind, and to do justice to the beliefs that his life’s studies in philosophy and literature have brought him to. He has no agenda, just his word, just the claim to intellectual integrity of one unsatisfied with all agendas. This must be what animated Gray in writing this book, if he really has no interest in converting, or even convincing, his readers. The force of his polemic is merely the force of personal conviction, albeit conviction born of rigorous philosophical thought. Make of it what you will, but don’t mistake it for evangelism. One could almost manage to read Gray this way were it not for those occasions when the content of his polemic makes it seriously difficult to do so. As a demonstration of this, consider two brief passages from the first chapter of Seven Types of Atheism.

[1] “The faith that Jesus asked from his disciples did not mean accepting a creed. It meant trusting in him. He did not teach a set of principles but showed his followers a way of living. Containing little or nothing of theology, his gospel was concerned with deeds, not words. From Paul onwards, he became the central icon in a cult of belief.”

(This mistrust of creeds is a recurring theme of Gray’s argument against Christianity. He remarks in the introduction that “The notion that religions are creeds – lists of propositions or doctrines that everyone must accept or reject – emerged only with Christianity.”)

[2] “Paul and Augustine invented the religion we know as Christianity. From them comes an obsession with sexuality that has no precedent in the extant teaching of Jesus… A view of sexual desire as sanctioned in wedlock but otherwise sinful was an integral part of the Christian religion from Paul onwards.”

We can start from the 2 and work our way around to a criticism of 1.

Gray is hardly an outlier in respect of letting his philosophical rigour lapse on the topic of sexual piety. In one of his books Eagleton writes, en passant as he would put it, that “The New Testament’s intensely relaxed view of sexuality, in contrast to the views of most of its pious adherents down the ages, is evidently scandalous to a postmodern age obsessed by the erotic.” Given that Christian sexual ethics is an attempt to do justice to human embodiment that has as one of its primary influences the New Testament account of the crucifixion, in which God’s human body is flogged, stripped bare, pierced through with nails, speared, in short tortured to death, “intensely relaxed” is not the description that springs most readily to mind. That the incarnate God suffered for our sake a humiliating ordeal of the flesh can’t help but be relevant to our thinking about what constitutes an abuse of one’s own or another’s body. The relevance of the crucifixion to sexual morality may not be at all obvious in our theologically illiterate culture, but a scholar as erudite as Eagleton or Gray can hardly get away with using that as an excuse. It should come as no surprise that a Christian is able to arrive at judgements as to the moral demands our sexuality places on us by extrapolating from the moral demands that our createdness and the Fall, and indeed the incarnation, place on us.

Presumably if asked about a moral teaching – a feature of the Christian “way of living” – that is reliably credited to Jesus, Gray would be happy to accept something as essential as “Love one another as I have loved you.” What he fails to understand is that Christian attitudes to sex are a corollary of Christians’ broader moral commitments. Sexual activity outside of wedlock is a failure to love, is a way that one can fail to show charity, fail to properly give oneself to another. (It ought to go without saying that it’s for the same general reason that indulging in sexual fantasy is wrong, regardless of your wedded state). Gray can dispute the notion that charity demands chastity if he likes, but here he simply dismisses Christian views on sex as an incongruous addendum to Jesus’ teachings, making no attempt to grapple with the moral logic that has governed sexual mores in Christian societies for two-thousand years.

The point of Gray mentioning sex at all is basically moral point-scoring. Gray evidently sees Christian attitudes to sex as obsessive, puritanical, unhealthy. He thinks Christians look at sex the wrong way, make of it something it is not. This is really just the mirror image of what Christians think. For Christians, those who view marital sex as just one unexceptional manifestation of human sexuality and sexual activity as largely recreational are the ones who look at sex the wrong way, who fail to see it for what it really is.

Gray tries to give the impression that his own view is merely commonsensical empiricism, as against the Christian’s ideological fantasy. But this sidesteps the substantive issue of when and how our sexuality makes moral claims upon us. Engaging with this issue will inevitably involve attempting to articulate a consistent account of (the interrelation of) the biological and social and cultural dimensions of human conduct, and defending that account will involve formalizing one’s claims to some extent. In this way one moves from conviction to doctrine.

An amenable way of living is no consolation to someone who finds their integrity imperiled or absent. Falling short of the demands of principle is not just something the rigidly rationalistic are prey to. And earning someone’s trust, especially when much is at stake, depends upon providing at least intimations of your integrity, which means not failing to show your grasp of and adherence to moral principle whenever it is required. Here one’s moral character rides on words, not on deeds – or the deed that is demanded of one is speaking out of a certain motivation and with a certain conviction.

John Gray clearly has his own beliefs about human sexuality, since he’s capable of forming a negative judgement of Christian beliefs about human sexuality. Let’s set aside the fact that Gray’s beliefs include imprecise ones about what the Christian view of sexual morality entails and an incorrect one about the purely Pauline and Augustinian source of that view. Were Gray willing to entertain an argument for the views which he opposes (rather than simply dismissing them out of hand), he would find himself in the position of asserting the superiority of his own conception of how human life ought not to be conducted (in this case, not under the duty to be chaste). And given the pervasive way that sexual desire in all its orderly and disorderly forms impacts upon the way life is lived in all human societies, he can expect there to be no shortage of scenarios which will work directly to either validate or contest his convictions on this matter. Some of those scenarios will be of great moral urgency, where it will be impossible to equivocate and maintain moral credibility. If he’s willing to acknowledge the abundance of pertinent moral data and mount a sustained defence of his views here, and if he appreciates the potential for hypocrisy to undermine that defence, then Gray will find himself bridging the realms of belief and practice, blurring the line between words and deeds. He will be engaged in an activity that, if we stick to his own terms, we would have to describe as fundamentally Christian.

But I don’t think we should describe him as fundamentally Christian. Gray’s doxaphobia is an affectation. (You should not, of course, have taken me at my word when I said we should take Gray at his word. How else but as an affectation can we regard his claim that he has “no interest in converting anyone” from a view that he makes plain he considers catastrophically wrongheaded.) If we were to take seriously as a philosophy of religion his objection to all things creedal, then its logic would compel the conclusion that a Christian is merely one who believes in belief, and therefore that Gray’s own late corpus amounts to a failed attempt to apostatize.

From the Multiversity Cave: Augustine and Amare