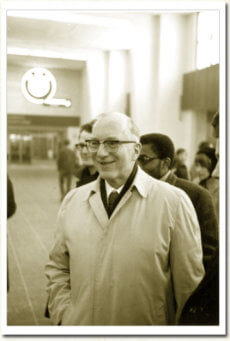 Eric Voegelin was a German-born political theorist who fled Nazi persecution and immigrated to the United States in 1938, where he had a long and productive academic career. He is widely considered one of the most insightful political scientists of the twentieth century, but is sadly not as well known as other contemporaries like Leo Strauss or Hannah Arendt. This is in large part due to the difficulty of the topics he chose to study and the complex nature of the material produced. While there are other books that discuss his biography and academic/philosophical ideas, none combine these ideas with a practical means of actually utilizing Voegelin’s philosophy to define and analyze political reality. This book uniquely applies Voegelin’s ideas to real-world political problems and in its utilization of common language, making Voegelin’s extraordinary achievements much more accessible to a broader audience than any other previous work.

Voegelin’s highly original thinking was heavily influenced by the violent and tumultuous times in which he lived. Because the events of his life are so influential, a brief but thorough biography is presented in the first chapter. The “Western Crisis” he recognized in modern Western culture is revealed as the motivation of Voegelin’s quest for truth and the resistance he thought vital to the strains of Gnosticism he felt rejected reality and the symbols needed to articulate it. Because Gnosticism is such a central theme in understanding Voegelin’s work, an extensive exploration is conducted on Gnostic origins, history, some complications in the use of this term, and how Voegelin’s concept of it evolved over the course of his career.

The first chapter concludes with and examination of Voegelin’s use of symbol and language indices. Chapter two begins with an introduction to Voegelin’s views of how science, theology, and philosophy were used in the ancient world to reveal truth, the basis of order, and how humanity can move away from order by disregarding what the ancients revealed. This is followed by an examination of one of Voegelin’s most important contributions, his theory of consciousness and use of anamnesis. Chapter two concludes with a description of noesis’ relationship to political reality and how Voegelin’s quest to know truth and reality led him to question the state of political science and modernity’s willingness to seek truth.

Chapter three, on Voegelin’s mature political theory, is best described as Principia Noetic, so labeled by Ellis Sandoz. Voegelin asserts that political reality is revealed when the basis of order is found in the ground of being. When man separates himself from God, order is lost, and violence and tyranny are guaranteed as man makes himself the sole arbiter of moral and political order, unrestricted by notions of the divine. The reader of this book should come away with a deep understanding of Voegelin’s philosophical insights found in the Principia Noetica, how to apply them in understanding political reality, and how to recognize the symptoms of the “Western Crisis.”

With Borges Through Wyoming

Why Tennyson’s Lady of Shalott Has to Die