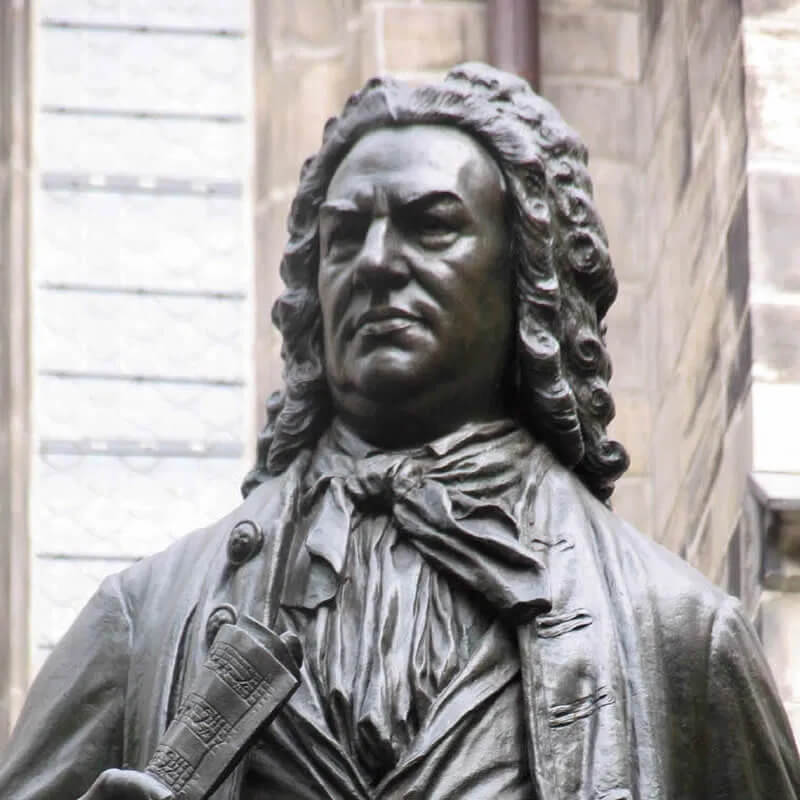 Menuhin’s Suite in the Baroque Manner for two pianos (meticulously played by Menuhin and his wife Mookie Lee-Menuhin) combines real knowledge with a lively melodic gift in a suite of which the great Bach himself might have been proud. Critics will decry the result as pastiche, saying, as they always do, that you cannot go back, that forward is the only permissible direction in the world of art, and that all attempts to imitate what has been done end up as replicas, in which the spark of creativity has been snuffed out. But none of that is true of Menuhin’s suite. The listener will, certainly, be surprised to learn that it is the work of a living composer. But creative inspiration is there, not only in the melodies and harmonic sequences, but in the rigorous counterpoint that spurs the music across the bar-lines. Counterpoint, as Menuhin has learned it, is not some mechanical, extraneous structure laid over his melodic ideas like an exoskeleton over soft musical flesh. It is the grammar of the musical argument, the creative source from which everything flows, and the reason for Menuhin’s musical conviction.

Of course, not every composer versed in counterpoint can write in the manner of Bach. Nor should they want to. Nevertheless we must recognize the centrality of counterpoint to our tradition, and its role in bringing order and logic to the polyphonic forms that have made classical music into the symbol of our civilisation and the art-form of which we Europeans should be most proud. This makes it all the more lamentable that so many of our departments of composition teach counterpoint only as an option, or don’t teach it at all. This is one more illustration of the flight from knowledge that has swept through our universities. In music, as in every art-form, there has arisen in recent times the illusion that knowledge is not necessary, that the old forms of discipline are merely obstacles to the true creative process, and that real originality means doing your own thing, free from traditional constraints. That this is nonsense is apparent to all truly creative people, who know that artistic freedom comes only when form has been mastered and internalised. But this truth clashes with the democratic prejudice that self-expression, not discipline, makes the artist, and that no one should be excluded by mere ignorance from the rewards of creative genius.

The accents of Bach’s Art of Fugue and Forty-Eight can be heard throughout our musical tradition. You hear them in the sensuous contours of a Skryabin sonata, in the jagged confrontations of a Bartók quartet, in the overlapping chordal melodies of a Vaughan Williams symphony. They come to the fore, dramatized and glorified, in Wagner’s Die Meistersinger; they slink into the background, to be revealed only at the turning points of the narrative, in Berg’s Violin Concerto. Counterpoint can be blatant, as in the canonical scherzo of Schubert’s First Piano Trio, or secretive, as in Britten’s Turn of the Screw. It is like the shared obedience that unites a team or a platoon, and which is present even in moments of amusement and distraction, when the call to order is for the time being suspended.

Mastery of counterpoint is unevenly distributed among the great composers. It is there in abundance in many who don’t make a show of it, like Brahms and Mahler; it is hardly there at all in some who nevertheless display it as best they can, like Pfitzner and Weil. And there are composers like Debussy who have mastered it (as is shown by the string quartet) and then moved on, into worlds where argument has given way to impressions, and all logical connectives have been dissolved.

Two considerations seem to have influenced the expulsion of counterpoint from the curriculum. One is that counterpoint belongs to an old and ‘dead’ style of composition, which went out of fashion with the Baroque and is now of only theatrical relevance, as in DieMeistersinger or the concluding fugue of Falstaff. The other is that counterpoint makes no real sense outside the grammar of tonal harmony, and can only stand in the way of composers who are trying to express themselves in a modern idiom.

Both those considerations are profoundly mistaken. Counterpoint in music is like rhyme in poetry: it holds disparate things together in a unity, and at the same time it shows that unity is not simple but composed. Only mastery of counterpoint can make a single chord, sounded in root position for three minutes, into one of the most varied events in music – but that is what Wagner does in the Prelude to Das Rheingold. The same contrapuntal genius that produced the last movement of the Jupiter symphony could turn a simple triad into the most melting melody, as in Susanna’s aria in the garden, in which the chord stretches into melody in just the way that chords become melodies in a fugue.

Nor should we think of tonality as the background condition of all effective counterpoint. The opening movement of Bartók’s Music for Strings, Percussion and Celesta is woven from atonal phrases to create a texture that has all the objectivity and logic of a contrapunctus from the Art of Fugue. Removing the constraints of tonal harmony, far from making counterpoint easier, makes it more difficult. Simultaneous tones must now be both dissonant and in keeping with each other; the voices must come together in audible points of rest, while maintaining a precise tension throughout. Studying atonal counterpoint is one way to begin the arduous discipline of voice-led harmony. The same discipline is manifest in polyphonic counterpoint, of the kind that gives Szymanowski’s first Violin Concerto its extraordinary zing. Only a very superficial listener to such a work will fail to understand how much it owes to its contrapuntal architecture.

It should not be the aim of a musical education to produce people like Jeremy Menuhin, at ease in an old tradition and able to project it forward as though it had never suffered a moment of self-doubt. Even if the class on counterpoint never mentions Bach, even if it wanders in the parched landscape of the Stravinsky symphonies or the greenhouse shrubberies of Poulenc, it will be teaching something more than mathematical sequences, mirror motions, inverted canons and the rest. It will be teaching the essence of composition, which is the art of making one note lead by necessity to the next.