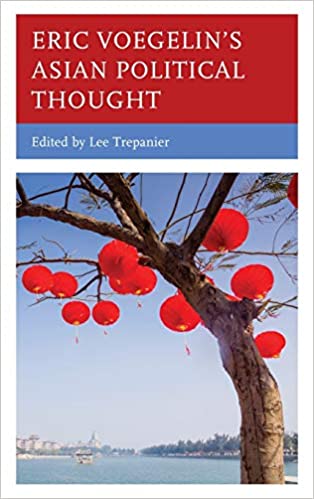 Predictions of the West’s decline and the rise of Asia have been a recurrent theme in academia, policy studies, and journalism since the emergence of Japan as an economic power in the 1970s.[1] According to these thinkers, the shift in global power from Europe and the United States to the countries of the Indo-Pacific region will dominate world economics, politics, security, and culture. From India to Japan, over four billion people live in Asia, with the region now exporting 40 percent of the global goods.[2] Furthermore, compared to other regions of the world – the war-torn Middle East, the rapidly aging Europe and the United States, and crisis-beset Africa – Asia appears to be a place of political stability, economic growth, and culture continuity. With China in ascendancy, and India quickly developing, this century may yet be the “Asian century.”

Given its promising importance, what does political theory, and particularly the thought of Eric Voegelin, have to say about Asia? In Voegelin’s work, there are only three extended excerpts where Voegelin writes about Asia. First, he devotes an entire chapter to the Chinese ecumene in Order and History IV: The Ecumenic Age (1974), where he argues that the structure of the Chinese consciousness of order is fundamentally different than the West.[3] Second, his 1941 essay, “The Mongol Orders of Submission to European Powers,” is his attempt to understand the political theology of the Mongols and Central Asia.[4] Third and finally, he writes about Tamerlane as representative of political disorder in Anamnesis (1966) and History of Political Ideas: Renaissance and Reformation (1940s-1950s).[5]

In the past couple of decades, Voegelin’s thought has been discussed in China, with his works being translated into Chinese.[6] As Li Qiang points out, the widely read Chinese translation of Salvo Mastellone’s Contemporary European Ideas includes a chapter on Voegelin; Tang Shiqi’s A History of Western Political Thought also mentions Voegelin, along with Leo Strauss and Hannah Arendt, as reviving classical political philosophy today; and Liu Junning discusses Voegelin, along with Russell Kirk and Robert Nisbet, in an influential book about conservatism.[7] There also has been interest in Voegelin’s theory of Gnosticism and his understanding of Axial Age civilizations, with scholars like Yang Long, Chang Hao, Li Qiang, and Zhang Xinzhang writing about these themes.[8] Finally, Voegelin’s own writing is in the process of translation, starting with his five volumes of Order and History and the eight volumes of History of Political Ideas.

What is interesting is that Chinese scholars have generally focused on his theories of western modernity, Gnosticism, and consciousness rather than what Voegelin had written about Asia itself. In the West, there is also an absence in analyzing Voegelin’s writing about Asia. Thus, this volume seeks to remedy this deficiency by revisiting Voegelin’s writing on Asia. It brings together a mixture of established and rising scholars from both Asia and the West to reflect upon Voegelin’s political thought to see whether it is still applicable to understand contemporary Asia. Eric Voegelin’s Asian Political Thought therefore looks at both Voegelin’s own political thinking about Asia and to understand what are the challenges and possibilities that Asia offers us in the twentieth-first century. Such a book is critical not only because there is beginning interest about Voegelin in Asia but also the rise of Asia in global affairs requires us to rethink our assumptions, theories, and conclusions about the region. This book will provide readers a way to do this by seeing how Voegelin understood it.

This book is divided into three sections. The first section focuses on Voegelin’s theory of China and whether it still theoretical valuable with the emergence of new scholarship and contemporary events. Jarosław Marek Duraj opens the book with his “Re-thinking Chinese Ecumene in the Global Age” by showing how the Chinese concept of Tianxia (“all under heaven”) differs from western-centric models of ecumene. He then offers a critical reflection of how Tianxia can be understood in today’s framework of globalization, such as China’s “Belt and Road Initiative.” For Duraj, China’s challenge is to find ways to engage in dialogue with the West while, at the same time, maintain its cultural ecumene at home.

In chapter two, “The Theological Roots of Modern Chinese Thought: A Voegelinian Interpretation,” is by Jin Li and Li Ma who adopts Voegelin’s theory of political religion as an alternative to the dominant Chinese paradigm of Carl Schmitt to analyze the Chinese Communist Party (CCP) ideology. They argue that since the 1960s the Chinese official ideology has reconstructed itself as a type of political theology that has provided the basis of legitimacy for the current CCP. But it only by adopting Voegelin’s theory that we are able to understand the CCP ideology as being theological rather than political in nature.

Caylan Ford and Stephen Noakes continue the analysis of Chinese political theology in their chapter, “Contextualizing a Crackdown: Voeglein on China’s Falun Gong.” In this chapter, Ford and Noakes examine the conflict between the Chinese Community Party and Falun Gong as two conflicting political theologies. By comparing the teachings of Falun Gong with the official statements and editorials of the Chinese state press, Ford and Noakes demonstrate that at the root of the conflict between the Falun Gong and the CCP is theological in nature.

In our final chapter about China, “The Decay of Order for the Progress of an Empire: Shang Yang’s Proposal for Fundamental Reform in the Records of the Grant Historian,” Jin Jin explores whether Voegelin’s theory of ecumene decay – the mythical ruler, the good ruler, and the last ruler – is applicable to Qin China. By analyzing the dialogue between Lord Shang and Duke Xiao, Jin examines the Chinese understanding of representation, empire, and cosmic order. He concludes with some thoughts about the similarities and differences between western and Chinese accounts of political philosophy.

In the second section, this book looks at Voegelin’s writings on the Mongols. Jonathan Ratcliffe’s “Masters of Political Theology: Eric Voegelin and the Mongols” criticizes Voegelin’s analysis of the Mongols as too western-centric. To correct this, Ratcliffe reconstructs the Turco-Mongolian political theology on its own terms, a formidable task not only because of its vast territory and diverse inhabitants but also because the few fragmentary records available. Nevertheless, Ratcliffe is able to successfully recreate the Mongol political theology as they understood themselves.

Chapter six, “Pyramids of Skulls: Unacceptable Violence, Transcendence, and the Image of Timur in the Thought of Eric Voegelin and Contemporary Scholarship,” is Todd Myers’ reexamination of Voegelin’s writing on Timur. For Myers, Voegelin’s treatment of Timur aptly acknowledges the influence of Asia on the formation of European political order during a time when the Catholic Church was losing its spiritual authority and Machiavelli’s emphasis on power politics became increasingly accepted. Although he fails to expand upon this research in his later writings, Voegelin’s insight about the mythology of Timur not only raises questions about how to balance temporal and spiritual power but also influenced later scholars who interpreted Timur in a myriad of ways, often to justify their own countries’ imperial projects.

In the final section, “Elsewhere in Asia,” the book explores how to apply Voegelin’s political thought to regions about which he did not write, such as Korea, Japan, and India. In my chapter, “The Chinese, Japanese, and Korean Ecumene,” I examine how Voegelin’s theory of spiritual and pragmatic ecumene can employed to study East Asian international relations with the Imjin War (1592-98) being a case study. Because of the unique cosmological form of the East Asian ecumene, the aspiration of spiritual universality must coincide with a pragmatic imperial empire. But when two countries share such aspirations, like China and Japan in the sixteenth century, then war is an inevitable result.

Timothy Hoye in chapter eight, “Exile and Anamnesis in Selected Works of Natsume Soseki,” analyzes the works of Natsume Soseki, a Japanese scholar and novelist, as a form of anamnesis, a technique that Voegelin himself employed in his own works. By sketching complex characters, who, in turn, evoke engendering experiences basic to Japanese civilization, Soseki preserves ideals that are remarkably similar to what the West had once embraced as part of its Greek legacy. Hoye concludes his chapter with what Soseki can teach westerners about Japan and their own civilization.

Chapter nine, “The Bhagavad Gita: An Incomplete Breakthrough within the Drama of Humanity” is Brendan Purcell applying Voegelin’s philosophy to understanding the Bhagavad Gita. Situating the Gita in Voegelin’s history of humanity, Purcell shows how both compactness and differentiation simultaneously exist in the scripture that allows anthropological spiritual outbreaks to appear and supersede the mythical form. Purcell ends his chapter with how this “drama of humanity” is similar to what we find in classical Greek civilization.

The contributors to this volume provide a diversity of perspectives to see whether Voegelin’s writings on Asia are still relevant today. While not comprehensive, this book seeks to support, criticize, and expand upon Voegelin’s Asian political thought. We hope this volume will spark a larger debate and study of the role of Asia in the political thought of Eric Voegelin and political theory in general.

As our world becomes more interconnected, it is incumbent us to understand other regions in the pursuit of knowledge, truth, and peace. But such an understanding must be grounded in theory – otherwise, our account of Asia is merely ephemeral and leads us nowhere – and to be grounded in theory, we must look at what previous thinkers in our own civilization had written. This does not mean we have to always agree with them or always correct them, but doing so helps us understand our own biases and insights into other civilizations, especially those who are returning to preeminence on the global stage.

This excerpt is from Eric Voegelin’s Asian Political Thought (Lexington Books, 2020). Ying’s review and Thompson-Uberuaga’s reviews are available as are the chapters by Lee Trepanier, Todd Myers and John von Heyking.

Ideological Anti-Racism and the Problem of Communication in Democracy: A Voegelinian Reflection
James Madison to Donald Trump: “You’re Fired!”
Rioters Storming the United States Capitol: A Wodehousian Putsch Against the Madisonian Constitution
Response to “The Figure of Modernity” & The Cosmology of the Architecture of Cities