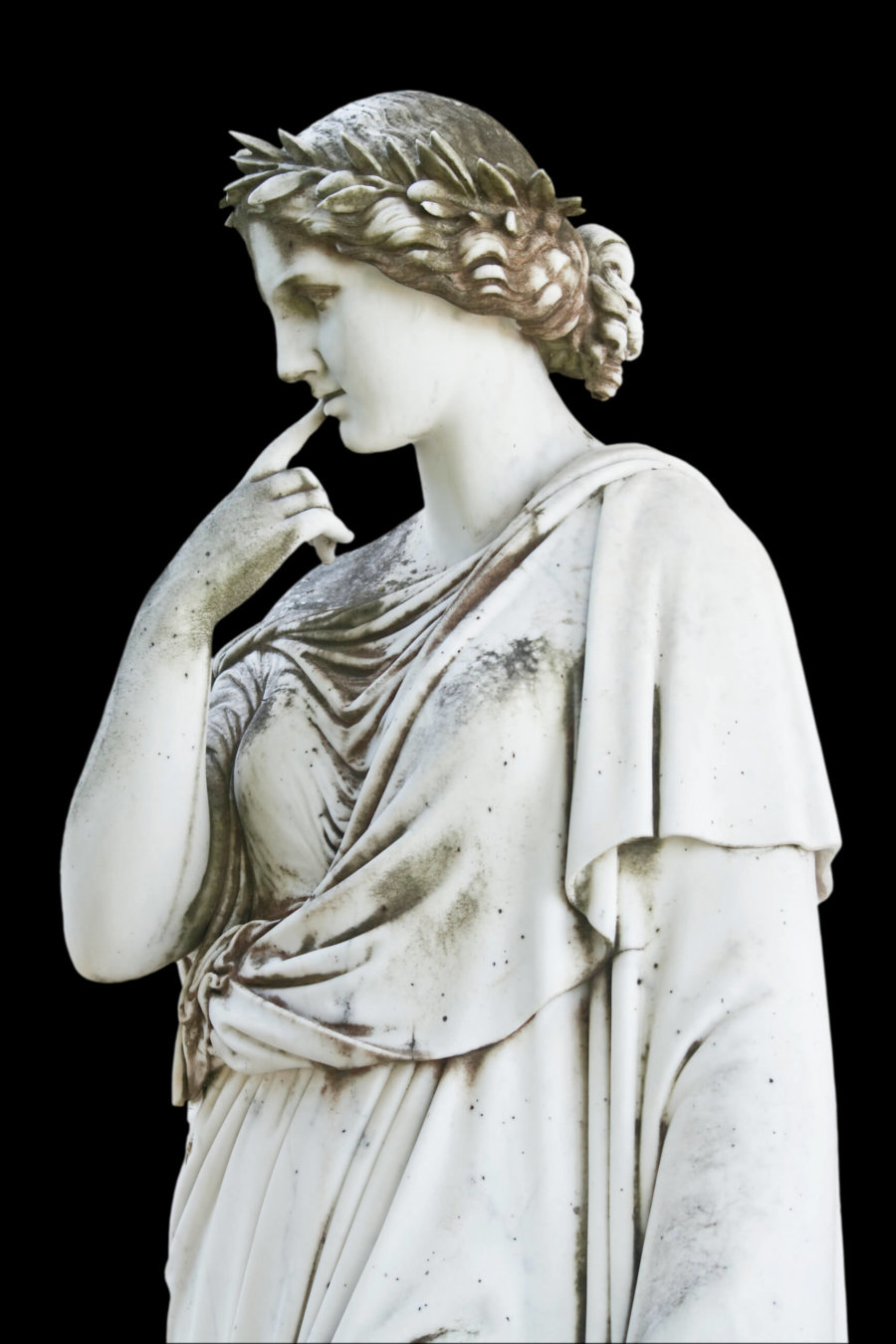 Bipolar expressions of poetic value dominate Lu Chi’s Classic “Art of Writing.” Scholars point to his “double harness” style whereby one virtue is dialectically “balanced” by another. “Images must shine / like pearls in water.// The thornbush, left unprinted, / spreads in glorious disarray.”

This doesn’t capture what happens in a good contemporary poem. What does happen is more complicated and satisfying.

Images give way to a deeper story. Lu Chi’s dynamic of image is reflected in Tu Fu’s practice five-hundred tears on but a deeper narrative has complicated the image. “Lone goose in flight never eats or drinks, / just calls out longing for its flock. Who // pities it —- a flake of shadow lost beyond / ten thousand billows of cloud” (Hinton 2020).

This narrative has cosmic scale as well as singular specificity —-that flake of shadow. The whole image is open to transformation. There’s Nothing in the mix.

And behind Nothing, the Something of original being. Think of the loom of reality as an ultimate image of poetic making. The warp produces the Intimate image of singular being against the woof of the universal impermanence.

A seemingly anecdotal poem illustrates the warp and woof of poetic making on both scales of intimacy and universality without sacrificing the movement of the poem beyond itself. 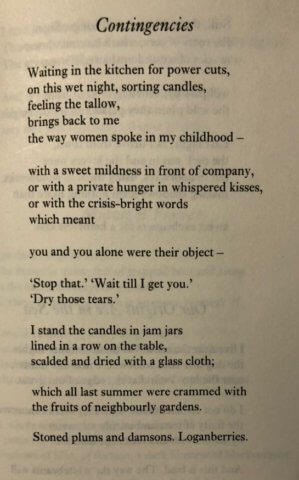 Eavan Boland’s “Contingencies” starts in the given world of her home in a particular season: “Waiting in the kitchen for power cuts, / on this wet night, sorting candles…” A stoic patience and practical mindfulness gives way to memories. It’s a solid, moody opening.

It is also deeply rooted in the flesh of experience. We begin to sense the dimensionality of the title, “Contingencies.” Both dimensions of the concept -—the making of plans and the awareness of the givens of experience —- root the narrative in deep energies. She recalls how women speak to each other. In front of company, in private, and in confrontation. The voices fill the emptiness of the kitchen. The mood is reflective, even mindful of the mystery of relationships.

That thinking having been exhausted in words signaling breakdown, the focus shifts as if in relief to the inanimate things at hand, the jars, but these things carry memories too. From the opening scene of wintry change the poem digs into the fullness of summer through images of fruitfulness.

The poem tells its story of contingency with two tableau, each dense with the particularities of sense. The flow of the poem via the loom of singulars and universals moves toward a deeper and deeper sense of life. The gaps between sections do not impede our desire to understand the poem, rather they heighten it. We have identified with this woman in her kitchen before a storm.

But having read the poem, where are we?

Let’s back up. The poem happens in the immediacy of consciousness, which is inseparable from the distance of reflection. Contingencies not only seem to fill the moment but motivate it. The intimacy of sensuous now gives a shimmer of something more. The cold materiality of the moment gives way to passionate thought. The specificity of the language—- the realism of the scene —- gives voice to a universal sense of a human life being lived.

All the imagery of contingency give voice to an irreducibly concrete self, but the voice of self does not exhaust the total image that is the poem. The final image is one of celebration, of the good as this woman understands it. This sense of otherness, beyond the contingent self, communicates itself in the poem’s final silence.

So much in so little. The ultimate virtue of lyric is to give voice to a consciousness that includes the poem as among its contingencies. It is not merely the poet’s voice, though it would be nowhere without it. Perhaps Li Po’s lone goose has survived as the image of the voice of all poetry seeking a suitable reader-writer in the universal impermanence.

The Illogicality of Determinism

The Decline of the Western