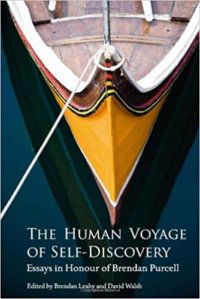 In his contribution to this volume, Barry Cooper quotes Brendan Purcell’s observation that human beings have always been “‘burdened with the task of wresting the order of their existence from ever-threatening disorder.’” Our time is no different in this respect. What is peculiar to us is the degree to which the term “person” has become a focal point in our struggle for order, both in theory and in practice. What is a person? Who is a person? How should a person live? How should we treat other persons? These are the questions that underlie contemporary moral and political debate on many of the most important issues.

Our focus on the person is at once a great accomplishment and a significant risk. It is a great accomplishment because it signifies our recognition of every human being’s free participation in transcendent truth and goodness. Yet, it is also a risk because focusing so intensely on ourselves invites existential derailment in so many ways. We are likely to misunderstand ourselves. We might try to turn away from the insecurity or responsibility of personal existence. And prone as we are to self-love, is it prudent for us to articulate transcendent truth and goodness through a celebration of ourselves? The empirical evidence is not always encouraging. Surveying what has become of our articulation of the person, we cannot help but ask: is the modern turn to the subject a deepening of the Christian insight into the transcendent meaning of existence, or is it a Promethean revolt against God and the order of being?

The truth is that it has been – and continues to be – both. And that is why understanding the meaning of “person” is so important for us. Focusing on the person does not end the human struggle for order. Good and evil, truth and falsehood, humanity and inhumanity – all of these remain possibilities for us. Thus, how we answer the questions enumerated above has the most significant of consequences for us, collectively and individually.

As an aid in our quest for self-understanding, Brendan Purcell’s recently published From Big Bang to Big Mystery is a welcome contribution. It is an impressive scholarly accomplishment, which offers a philosophically astute consideration of all the evidence concerning human origins. On a personal level, The Human Voyage of Self-Discovery: Essays in Honour of Brendan Purcell, edited by Brendan Leahy and David Walsh, is an equally impressive accomplishment. To have so many students, colleagues, and friends come together to produce such a fine volume celebrating his life and scholarship – and to join him in the quest for the truth – is a remarkable testament to Brendan’s character. We have Brendan to thank again, albeit indirectly in this case, for a volume that makes such a helpful contribution to our search for self-knowledge.

A Festschrift can be an unwieldy collection of essays: brought together to celebrate a friend, the essays often lack coherence – and there are certainly a wide variety of thinkers and topics covered in this volume. But what strikes one after putting it down is that all of the essays in this collection resonate with Brendan’s quest to understand the human person. Even more, every essay supplements his effort to demonstrate that personal existence means participating in transcendent reality. Walsh does a fine job of showing how the various essays tie together in this way in his introduction to the volume (which also tantalizes readers with a taste of his own ongoing reflections on the person).

The volume contains fifteen essays plus the aforementioned introduction by Walsh and a brief biography of Purcell by Leahy. For those interested in Voegelin’s work, one of the highlights is sure to be Cooper’s paper, a fascinating account of the extinction of Homo neanderthalensis – likely through war with our Homo sapiens ancestors. He shares the method employed by Purcell in From Big Bang to Big Mystery: he surveys all the scientific evidence provided by the experts, but then interprets it philosophically. His admittedly speculative conclusion is that the extinction of Neanderthals was the result not merely of biological processes (a position held by several of the scholars in the field) but human ones: politics, conflict, war. Thus, Cooper suggests that even our evolutionary predecessors cannot be reduced to scientific or material explanation.

Another highlight is delivered by James Greenaway, who has recently published a book-length study of the medieval world, entitled The Medieval Turn Toward Existence. He provides an informative account of the political thought of William of Ockham. Greenaway shows how Ockham played a pivotal role in the differentiation of the person as a source of what he calls existential authority, which emerged in contrast to the authority of church and state, and which continues to serve as the primary touchstone of truth in the contemporary world. Also looking at Ockham’s nominalism and his theory of natural law, Geenaway seems to construct a partial defense of Ockham, suggesting that he found a way to carry forward the Christian understanding of existence when confronted with the breakdown of the medieval Christian synthesis. The essay demonstrates many important connections between modern and medieval political thought.

Glenn Hughes contributes a well-written and insightful account of metaphor and its place in Voegelin’s thought. Although not focused on the question of personhood per se, the essay makes a valuable contribution to our self-understanding because it demonstrates how Voegelin and others use metaphors (Voegelin uses spatial metaphors such as “the Beyond,” for example) to direct our attention (although always inadequately) toward transcendent reality. As Hughes shows, our very use of metaphors is indicative of our participation in such a reality because they imply a recognition that we cannot fully encapsulate reality in discursive or propositional modes of thought.

David Walsh’s own contribution, a study of Solzhenitsyn’s Red Wheel, is an insightful meditation on not only the meaning of the epic novel as an analysis of the Russian revolution but also the contrast between art and historiography as modes of truth-exploration. Walsh argues that art reveals truth in a way that historiography cannot because it comes closer to the elusive truth that is the source of meaning in history. While historiographers attempt to show how and why events took place as they did, the artist can reveal that the true source of meaning in history is every individual’s confrontation with truth through moral responsibility. This, Walsh argues, is Solzhenitsyn’s central insight: that while each of us lives in history, we also live in relation to a truth that transcends history.

Beyond the essays mentioned so far there are several that share in one of the tasks of From Big Bang to Big Mystery, namely, sorting out the relationships between the various methods of inquiry that address the human being, especially science and philosophy. Fran O’Rourke, for instance, rejects a materialist account of the person through an explanation of Aristotle’s hylomorphism – on its own terms and as it was developed by Aquinas. As another example, Eoin G. Cassidy reflects on the difficulties of engaging in dialogue between religion and science in a world that largely sees the two as in conflict with one another. These authors travel along the same path as Brendan, trying to suggest that there is no conflict when religious and scientific discourses are properly understood.

Other worthy contributions cover a wide array of topics. Cyril O’Regan opens the essays by usefully attempting to locate Purcell’s conception of philosophical anthropology in a tradition going through Voegelin and Lonergan to Herder and Kant. John McNerney responds to the 2008 financial crisis with a call for a “person-centered economic perspective”; our current approach to economic order, he says, threatens to eclipse the personal origins of the economy, and so we must recover a sense of those origins. Emese Mogyordoi offers an insightful analysis of Plato’s Gorgias that pays attention to the drama of the dialogue and suggests that Socrates’ arguments are meant to reveal to Gorgias the contradictions in his own life, rather than to offer airtight logical refutations of his positions. Gerard Casey argues that language is the quintessentially personal quality. Piero Coda reflects on the important Vatican II document, Dignitatis Humanae, and its call for religious freedom as a key implication of personal existence.

Timothy Mooney’s scholarly and thoughtful study of the “trace of the other” in Merleau-Ponty is one of a final group of essays that emphasize a central insight into what it means to be a person, namely, that to be a person is to live in relation to others. This insight takes a decidedly theological turn in a number of other essays. Thomas Norris offers a convincing account of the centrality of conscience, and, specifically, a “theocentric” experience of conscience in Blessed John Henry Newman’s life and thought. Joseph McCarroll interprets Patrick Kavanagh’s poem, “Canal Bank Walk,” with the help of Eric Voegelin’s philosophy to suggest that it represents an account of a spiritual encounter with the divine. And Brendan Leahy concludes the volume with an account of the thought of Chiara Lubich, whose spiritual teachings focus on unity through love for the other. Together these essays emphasize one of the most fascinating developments within the modern turn to the subject: that the turn inward to oneself leads outward toward the other and upward to God. It is here that we see that the modern focus on the person contains the realization that love is the ultimate reality in which we participate as persons and that we most fully realize ourselves when we empty ourselves for the other.

Covering such a variety of thinkers and topics, the authors in this volume demonstrate the endless possibilities for inquiry into the meaning of personal existence. In that sense it might be said that they collectively demonstrate the transcendent nature of personhood for which they so consistently argue. In any event, this volume provides an important counterweight to materialistic and scientistic interpretations of personhood. It is somewhat paradoxical that the age of the person would also be subject to the anti-personal trends of scientism, systematization, instrumentalization, ideology, lust for mastery, and so forth. We need thinkers like Brendan and the authors of this educational and edifying book to aid us in our struggle for order. Brendan in particular has spent a lifetime trying to understand the transcendent meaning of personal existence. The success of his quest – which is not to say its completion, of course – is made evident by the quality of the work of his friends.

Steven F. McGuire is an Associate Editor of VoegelinView and a Research Fellow at the Ryan Center for the Study of Free Institutions and the Public Good at Villanova University. He is co-editor, with Lee Trepanier, of Eric Voegelin and the Continental Tradition (Missouri, 2011) and, with R.J. Snell, Subjectivity: Ancient and Modern (Lexington Books, 2016).

Did You Ever Wonder What the World Would be Like without You in It? An Introduction

The Apocalypse in Germany