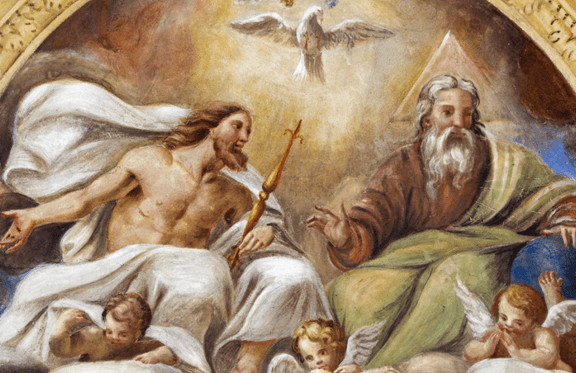 Some things are simpler than we give them credit for. Contemplative prayer requires stilling the mind and being attentive because being a self-obsessed distracted chatterbox is the opposite of listening. How could such a one hear God? Or anyone for that matter? There is nothing remotely complex about this.

Bruce Charlton posits The Family as the central Christian metaphor. So what is the role of the Father and the sons/daughters in this family? Maybe that is not so complicated either.

The good parent combines unconditional love, Agape, with Eros, a desire to see his children develop, make use of their talents, and grow in unexpected ways. Were your son to become an ax murderer, you would grieve, and go visit him in prison. The Prodigal Son is a story of a loving Father who waits for his son to find his way back home and is overjoyed on his return, rather than confronting him with a list of his sins. The Good Samaritan indicates that doctrinal purity is not the point and those who are most anathematized may end up being more Christian than the Christian. (Technically, Jews, but the story is not about technicalities.)

I’ve written before that I was distressed when a Christian fundamentalist, when confronted with the Prodigal Son story as a rejection of an eternal hell, abandoned her faith when she saw the truth of it. For her, a vindictive unforgiving God (really the Devil) was God, and a loving Father was incompatible with her faith. If eternal hell exists, God is unlovable and all is lost. 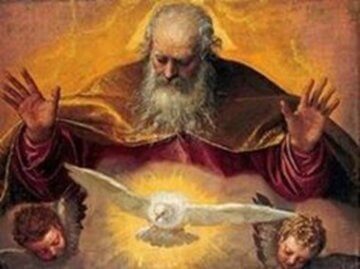 Very young children, not knowing right from wrong, good from bad, need a great deal of supervision and a reflexive obedience to parental commands is necessary to keep them safe and to avoid needless and pointless conflict. Fear of God might be sociologically necessary for those at a very very low level of moral and cultural development, who only do what is right for fear of being caught and punished for doing wrong. I had a Muslim Pakistani student who was really rather sympathetic and nice to talk to who insisted that the fear of God was the only thing that stopped people from behaving badly. All the Pakistani adults he knew agreed. Needless to say, I formed a rather negative picture of the adults he knew. That is the equivalent of associating with people for whom the only reason they have for not murdering you is the fear of prison.

The Good Father wants his son to be his own man. He hopes the son will be good and kind. That he has a mind of his own, that he is productive and realizes his talents, and hopes to be surprised by his choices and his thoughts. A Good Father would be extremely disappointed were his son to become a fanatic – either ideological or religious – and God forbid, gets into planes and murders strangers imagining that he is doing the Father’s will.

The Good Father hopes his son will be creative. But to command creativity is a self-cancelling affair. He patiently awaits the son’s creative response to life and reality that reflects in some way the Father’s own loving, creative, engagement. There is the revelation of the Father to the son, and the son’s revelation to the Father. This will partly be a matter of what the son chooses to be interested in. No proper Father wants his son living in the basement playing video games wondering why women are not interested in him and becoming resentful. And, of course, the good Father hopes his son will want to maintain familial connections.

In strongly paternalistic cultures, the son does not get to be his own man until the father dies. Since God the Father is definitely not dying we better hope God does not subscribe to authoritarianism. In the rather good book Being Mortal, the author describes a pater familias who lived to be over one hundred years old. Every day he would get on his horse and survey his property. His sons were in their seventies and eighties, all waiting to get out from under the thumb of this horrible, never-dying tyrant; waiting to be their own men in charge of their own lives.

It is important that the son be his own man. What father would respect a simpering idiot and want one for a son? It takes two to have a relationship. It takes two for love. The father lets the son tell him who he is, rather than setting up a template and measuring the son by that standard.

God is Love and He is Truth and he is fundamentally connected with Beauty. Those things are known and realized in the human breast as a creative act of the Person. Reciting lines out of a book, or being obedient, or whatever, will not help you in any of those things.

The Good Father hopes his son will call home and want to have a relationship with him. He will not threaten the son with punishment of any kind for failing to do that. He will not write him out of his will, or follow suit, and refuse to communicate with the son in turn. Can the Father relate to the son? Does he know what he is going through? Yes. He has been the Son, where he suffered some of the most terrible things that can happen to someone. God has experienced what it is to be human. Jesus was a miserable failure by the standards of the world, and a raging success by the standards of heaven. In loving Jesus and admiring Him, we choose the standards of heaven. A Good Father does not judge his son by whether he becomes “a ruler of the universe” as Wall Street types were once called. Ruling in this world is nothing. The last shall be first and the first last. Participating in some way in the Kingdom of God should be the hope of all of us.