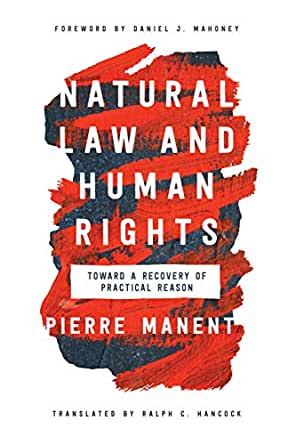 A student shows up for office hours, wedging his large frame into the corner chair. Feet shuffle by in the hallway outside as others make their way to the next class. He tugs on the brim of his hat; he’s having a hard time getting out what he wants to say. When I turn to fiddle with some files, his thoughts finally bubble to the surface. “I’m thinking about what Aquinas said,” he chokes out, “that we have free will.” The possibility glimmers in his eyes for a moment, and then disappears. No, it can’t be.

Why do many young people, at the peak of their powers, feel so helpless? To be sure, student debt is mounting, and the economy is uncertain; we face the challenges brought on by the pandemic, increasing racial tensions, and the prospect of civil unrest. But human beings have faced worse, and found a way forward. Now we try to take solace in the fact that 2020 is over, as if salvation will come from turning a page on the calendar. Why do we worry that we no longer have what it takes to meet the challenges of human life? What does it take?

Pierre Manent’s Natural Law and Human Rights offers a paradoxical answer to those questions. According to Manent, our go-to formula for self-empowerment—the expansion of human rights—has become a recipe for inhibiting our capacity to act. And the way to renew our civic life is to revive the seemingly constraining authority human rights have supplanted: natural law.

By questioning the efficacy of human rights to improve our condition, Manent does not mean to disparage the great enfranchisements of modern politics. Rather, he wishes to cause us to see that human rights discourse today does not speak to people as potential agents and citizens. It licenses the expression of individual desire of all kinds, he argues, and insists that we have an “equal right to an indeterminate number” of “things.” While this might initially seem empowering, it essentially treats human beings as passive vessels of suffering and longing. This makes it impossible to deliberate about how we should live or live together. To conceive of ourselves as beings who can exercise the freedom of reasoned choice, capable of deciding together how to meet practical challenges, we must liberate ourselves from the grasp that human rights thinking has on our imagination.

Manent explains the genesis and development of human rights in an unusual way. In his account, the prototypical human rights thinkers are Machiavelli and Hobbes, who attempted to replace natural law thinking by portraying how human beings could learn to “live without law” altogether, taking their bearings rather from self-interest and the assertion of their right to pursue it. “Rights and self-interest” go together, Manent claims, as “the two principles that allow for the ordering of the human world” without reference to a standard by which we might structure and judge our choices. Natural law guides our action, rights protect whatever it is we want to do.

By denigrating natural law, Machiavelli and Hobbes intended to revive political life. However, Manent argues, they effectively undermined our capacity for common work by impressing upon us a political psychology that obscures “the acting human being’s point of view.” Instead of helping us to think through the “meaningful plurality of human motives”—the draw of the pleasant, the useful, the noble and the just—these modern thinkers portray human movements from a bird’s-eye perspective, making it seem that we respond predictably to the press of desire and the fear of pain. Such a political anthropology trains us for reaction, Manent points out, rather than action.

To see Manent’s point more clearly, we might think about the prototypical modern politician, the Machiavelli’s prince, who cuts through the fog of morals and ideals in an effort to bring about real change. Is this prince not in fact a merely reactive pragmatist, dependent on fortune to set the stage and the situation to give him his cues? Hobbes’s state, too, is fundamentally reactive, designed to forestall sedition and civil war, not to inspire people to act in pursuit of a common good. Seeking to authorize the pursuit of self-interest, it has paved the way for the “disordered extension of rights” that now, Manent argues, “render[s] unintelligible the very bases” of moral and political life. The long-term consequences of the early modern effort to restore political life have brought about a situation of political dysfunction to rival that of late medieval Europe.

To revive civic life, Manent argues, we will have to revisit natural law. As he makes clear, this will require more than re-reading the Summa Theologica, as valuable as that exercise might be. For natural law today must be calibrated to respond to the political problems of our time, to offer a “remedy” for the apathy and despair that are destroying our practical lives.

Manent’s presentation of natural law therefore shies away from listing out interdictions; it is not a “guardrail law” that aims to prevent us from doing our worst. The power of natural law, he causes us to see, lies instead in the way it limns the natural outlines of human striving, and thereby illuminates the complexity of human motives that inspire our actions. Once we recognize that every human being strives to realize some combination of pleasure, utility, nobility and justice, we can better understand not only ourselves, but each other. The “objective and sharable character of human motives,” moreover, gives us a rough but “simple and concrete criterion” by which to judge whether a “society, regime, or institution” opens up space for their realization. And it sets the stage for the deliberation that is essential to engaging in political life.

Manent’s attempt to use natural law to loosen the stifling grip of human rights on our thought is bound to be misunderstood as “theocratic,” although he clearly avows that it would neither be possible nor desirable to undo the separation of Church and state. What effect does he intend his writing to have?

To understand the power of Manent’s argument, it seems that one must read him in the tradition of the French moralistes, expert diagnosticians of our psycho-political maladies. Like Montaigne, Pascal, and Tocqueville, Manent writes not to propose policy but to tend to the way in which the regnant political anthropology has “simplified and even brutalized the order of the soul.” By using the language of natural law to awaken us to our “interior amplitude,” Manent takes a sounding of our increasingly murky depths. His books might reach those like the sad young man in my office chair, who glimpse the possibility of finding an unlikely friend in the Summa, and help them find a way to see themselves as the kind of beings capable of originating action.

Jenna Silber Storey is Assistant Professor of Politics and International Affairs at Furman University and Executive Director of Furman’s Tocqueville Program. She is the co-author, with Benjamin Storey, of Why We Are Restless: On the Modern Quest for Contentment, which will be published by Princeton University Press in April 2021.