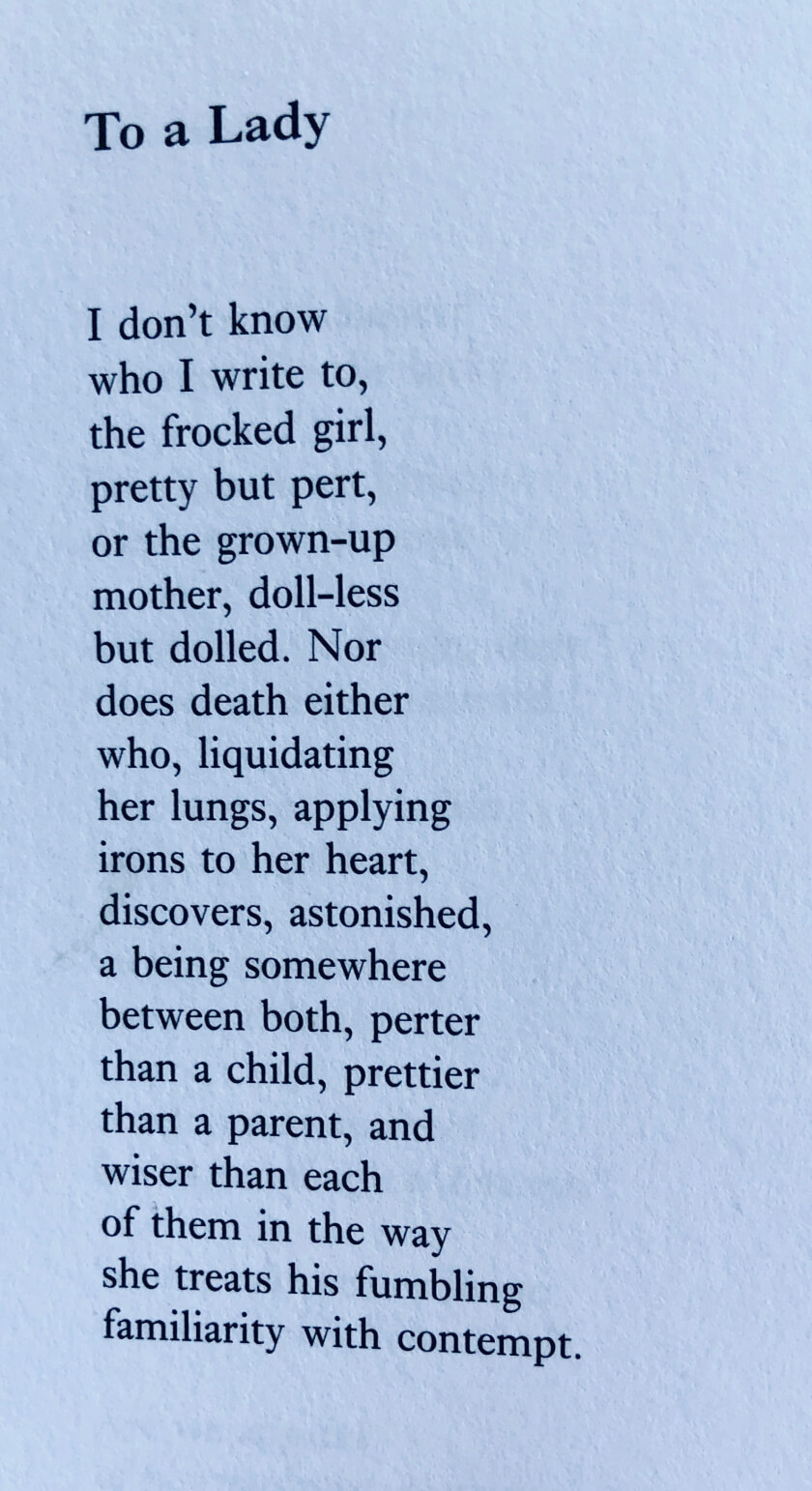 This superb reframing of a old genre (Ben Jonson loaded it with recusant intensity) recalls Desmond’s “intimate universal,” a concept crucial to his metaxological critique of nihilism. As the poet makes abundantly clear (“a being . . . between”), the identity of the lady depends on the Between (metaxu) as it emerges in his contemplative lyric.

According to William Desmond’s most recent work, the Between involves the “porosity” between the human and divine. His encyclopedic archaeological approach to philosophy provides the student with an enormous range of instances of his metaxological approach. This flexibility reframes again and again the spacial figure of the Platonic tradition. Voegelin used metaxu/the In-Between in his meditations on consciousness. The best explication of Eric Voegelin’s sense of metaxu is Glenn Hughes, Mystery and Myth in the Philosophy of Eric Voegelin (Missouri, 1993).

Both Voegelin and Desmond trace the roots of the concept to Plato’s myth of Eros in the Phaedrus as parented by Plenty (poros) and Poverty (penia). Desmond has developed an interpretation of the myth in multiple ways, elevating the term “porosity” to key roles in his ever expanding, ever deepening metaxu. In his most recent monograph, Desmond writes in The Intimate Universal (2016, 223): “The poverty of the porosity is its being resplendent with an overdeterminate good no one owns . . .” Notice Desmond’s paradoxical phrasing.

Back to the poem. The Lady’s contempt for the indelicacy of rude death is part of the story for it allows us to see how we ourselves fail the porosity by scorning its “poverty”— as he says in closing that sentence, “and before we know it we hate the poverty and the splendor.”

Thomas’s use of “pert” seems poised to trigger ontological resentment. Most readers will have to come to terms with their own feelings regarding Thomas’s intentions.

Thomas’s image of what is perter and prettier and wiser marks a threshold in the resistance to the nihilism which would deny the modern self its absolute autonomy in context of the human-divine metaxu. Lyric structures often open the reader to the between of the porosity.

Foundationalism: In Praise of Vagueness