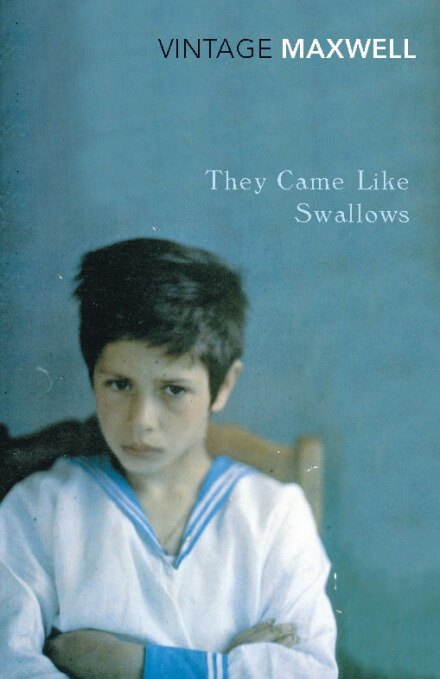 “Coping” is arguably one of the most used verbs these days, heard as frequently as wishes for good health and safety. The books we pick up in order to cope with the current crisis sometimes reflect a desire to escape, a desire that might be fulfilled by comedies, romances, and classic whodunits. Or sometimes we want to face an even deeper abyss, reflect on how much worse the situation could get (with, e.g., Katherine Anne Porter’s Pale Horse, Pale Rider), how much worse it once was (see Michael Buhler’s recent review of Daniel Defoe’s A Journal of the Plague Year[i]), or how much worse it never will be (Suzanne Collins’s Hunger Games, hopefully). Many media thus provide those seeking guidance with reading list, covering every possible genre. Thankfully, a nowadays less widely read author sometimes also makes it onto these lists: William Keepers Maxwell, Jr. (1908-2000).

A child of the Midwest, Maxwell became the New Yorker’s fiction editor, reputed to have shaped many literary careers, including those of John Updike and Eudora Welty. His own prose also won many accolades, most importantly the American Book Award and the PEN/Malamud Award. They Came Like Swallows (1937) evokes one of the most painful chapters of Maxwell’s childhood, painting a tender, yet unsentimental picture of motherly love and how such deep affection clads a child with trust and safety. As Maxwell himself observed, amazed at the confidence his own mother had in him “as a very small child, frail and given to tears”: “I think confidence has to have come from being loved. She kept me alive by loving me so much. If anybody loves you a lot, there’s a small piece of ground to stand on.”[ii] And that ground stands firm, even after the traumatic loss of the person around whom your entire world revolves—for that is what happened to Maxwell in 1918 when his mother was one of the many to die of the Spanish influenza.

Set during that very time, the flu epidemic of 1918, They Came Like Swallows owes its title to a poem by W.B. Yeats that reflects upon the transitory nature of human life. Fittingly, the novel also focuses on a transitory stage in the lives of its characters: Peter, only called Bunny, who is an introverted young boy and most comfortable near his mother; Robert, who is on the verge of adolescence, rambunctious in spite of a handicap, but also protective of both his mother and Bunny; and James, their father who sees in Robert his younger self, yet generally struggles to show his children any affection. At the end of the novel, Bunny will have lost the person who “seemed almost to be aware of every breath he took”[iii]; Robert will be even stronger; and James will be a widower and questioning the stakes of fatherhood. Maxwell shifts his attention from one character to the next, with the first part of the novel centering on Bunny’s perspective, then on Robert’s, and finally on James’s. The readers thus experience time very astutely in the novel as they move from the innocent, questioning, and sometimes lost gaze of young Bunny to the pained stare of a widower, who goes through the public motions of grief and contemplate the dimensions of loss. At the same time, the sequence mirrors the patterns of contagion, as Bunny is the first to fall ill, followed by the other family members all of whom recover except the mother.

This sense of time is reflected in the metaphor Maxwell refers to in the outline of his novel, a metaphor that also captures a sense of foreboding and angst pervading the story: “a stone thrown into a pond making a circle, and then you throw a second stone and it makes a circle inside the first circle, as it’s getting bigger, and then you throw another stone inside those other two.”[iv] Indeed, the epidemic is at first creating too small a circle, a rather abstract problem that is too far removed from the Midwestern idyll Bunny and his brother grow up in: “The word epidemic was new to Bunny. In his mind he saw it, unpleasantly shaped and rather like a bed pan.”[v] Neither do their parents imply that they should be concerned with the spread of the disease, even though cases have been registered in their immediate environment: “By the calm way that his father crossed one knee over the other it was clear that he was concerned with the epidemic for the same reason he was interested in floods in China, what happened in Congress, and family history—because he chose to be concerned with such things.”[vi] Only when Bunny falls ill does the epidemic become all too real, inescapable, and a force to alter their lives.

Robert’s reaction to the early changes in his everyday life are all too reminiscent of what we may have witnessed in recent days:

“Page two… There it was: ‘SCHOOLS … The school board and the health officer have posted notices on the school houses and at places about town to the effect that the schools will be closed until further notice…’ Robert felt very small prickles in the region of his spine. He read the first sentence twice, to make sure that there had not been a mistake… His mother couldn’t keep him at home indefinitely. Things as awful as that didn’t happen.”[vii]

Yet what follows Robert’s indignation, his childish preoccupation with the small inconveniences of what would turn into one of the world’s worst public health crises, is a feeling that quickly makes way to an unsettling premonition:

But there was more in the notice than that. It meant that something was happening in town, all around him. Not an open excitement like the day the Armistice was signed, with fire engines and whistles and noise and people riding around in the hearse. But a quiet thing that he couldn’t see or hear; that was in Bunny’s room, and on Tenth Street where Arthur Cook lived, and more places than that.[viii]

“A quiet thing” that would force him to rest as well, that would claim his mother’s life—and while reading these lines from Robert’s perspective, one cannot shake off the feeling that we are all in his shoes. Though we will hopefully not lose loved ones, our lives have become restricted by this “quiet thing” that is blast loudly over the news, making many of us tune out of the cycle of death counts and bickering between experts, politicians, and pundits. Often, we can shut history and world events out of our personal lives, keep them confined to discussions, lecture halls, and our more abstract thoughts. But this “quiet thing” has crept into our everyday life and has shut down community lives. As Maxwell describes, the family becomes the focal point of our attention, more than ever before.

Nothing captures my own sense of helplessness better than Robert’s looking into a dictionary, puzzled over a word: “The meaning was there, but he could not get at it. It was inside the words.” [ix]

Claudia Franziska Brühwiler, PD Dr. rer. publ., is an Associate Editor of VoegelinView and a Lecturer in American Studies and Political Science at the University of St. Gallen in Switzerland. At the same University, she serves as Personal Advisor to the President. She is author of Political Initiation in the Novels of Philip Roth (Bloomsbury, 2013); and co-editor, with Lee Trepanier, of A Political Companion of Philip Roth (Kentucky, 2017).