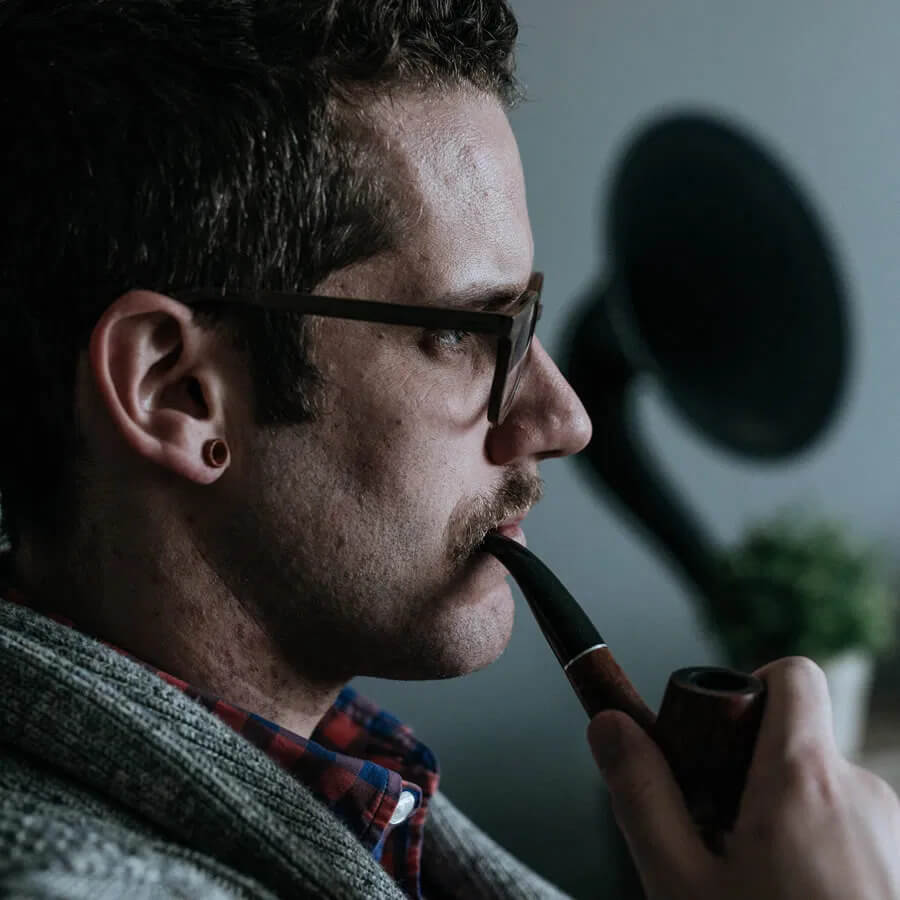 Twenty five years ago I took up a position as University Professor at Boston University. I was asked to teach a graduate seminar on the philosophy of music – a request that I welcomed, since it gave me the opportunity to work on themes that had interested me for many years. The seminar was heavily subscribed, and it was immediately clear on entering the classroom that the students were all on my side. This is, or was, the normal experience in an American University. The students wanted me to succeed, since my success was theirs. But it was soon also clear that we had entirely conflicting conceptions of the subject. I assumed that we would be discussing the classical tradition, as the great repository of meaning that has done so much to define our civilisation. I assumed that the students would be ardent listeners, maybe also performers, who had been moved to ask, in the wake of some intense experience, what does this music mean? Why does it affect me so deeply and why has my world been so radically changed by hearing it?

It was only after I had introduced the topic with a recording of Mendelssohn’s ‘Hebrides’ overture that I realized what a difficult position I was in. Of the 30 or so students in the classroom, only two had heard the work before – this work that I and my classmates at Grammar School had known by heart at the age of 16! Of the remaining students only half could say that they had heard much classical music, and almost all had assumed that I was going to get a discussion going around hip-hop, heavy metal and the pop groups of the day, such as U2, Guns and Roses and AC/DC. How was I to do this, when I was as ignorant of their favourite music as they were of mine? How was I to introduce the difficult concepts of musical aesthetics – musical movement, representation, expression, the distinction between work and performance, and so on – when the only examples that were fixed in my students’ memory had come there from the world of musical ephemera?

Two things soon became clear, however. First, students encountering classical music in the context of study quickly understood that it is serious, in a way that much popular music is not. Secondly, all of them became aware that when music is properly listened to, judgment of some kind is unavoidable. Listening is a time-consuming and intellect-involving process. It is not the same as hearing something in the background. Listening means singling something out for special attention: you are absorbing, interrogating and evaluating what you hear. Whether the music is worth this kind of attention is a question that arises spontaneously in all who listen seriously.

Taste in music is therefore not like taste in ice-cream: it is not a brute fact, beyond the reach of rational argument. It is based in comparisons, and in experiences that have had a special significance. However impoverished a student’s experience, I discovered, it will not, under examination, remain at the level of ‘that’s what I like’. The question ‘why?’ pushes itself to the foreground, and the idea that there is a distinction between right and wrong very soon gets a purchase.

Those schooled in jazz improvisation understood free improvisation as a discipline, in which chord sequences must be understood as encoding elaborate instructions for voicing and rhythmical emphasis, as well as for the notes of each chord. They knew that one and the same sequence will sound natural and harmonious, or jumbled and awkward, depending on the movement of the voices from one place to the next. With a little bit of attention all my students could begin to hear that the voice leading in U2’s ‘Street with No Name’ is a mess, with the bass guitar drifting for bar after bar.

Jazz improvisation lays great stress on melody, and on the punctuation of melody by semi-closures and ornaments around a note. Pop, however, is increasingly devoid of melody, or based on repeated notes and crooned fragments of the pentatonic scale, kept together by the drum kit, as it drives the bar-lines into the chords like nails into a coffin. Students would quickly recognize the difference between the standard entry of a pop song, over a relentless four-in-a-bar from the drummer, and the flexible and syncopated melody introduced without any background beat by the solo voice in Elvis’s ‘Heartbreak Hotel’. In the one case the rhythm is as though added to the music, coming into it from outside, and without respect for the melodic line. In the other case the rhythm arises internally, as it were, being precipitated out from the melody.

Pointing out those purely formal differences among pieces of popular music, I discovered, took students a long way towards recognizing what is at stake in the art of listening – namely the ability to absorb many things at once, and to understand the contribution of each part to the whole. Almost all my students had come to the class with a desire to understand why so much of the music they heard elicited the ‘yuk’ feeling, while every now and then a song touched something in themselves that really mattered – something they would want to share with someone close to them. So they were ready for the distinction between music that is put together from ready-made effects, and that which grows from its own melodic inspiration. Gradually they became aware that songs can have a moral character, not by virtue of their words only, but by virtue of their musical setting. Even in the world of pop there is a clear distinction between kitsch like Toni Braxton’s ‘Un-break my Heart’, immensely popular at the time, and straightforward sentiment, as in the Beatles’ most memorable numbers from a quarter of a century before.

Teaching students to make those judgments, even of music that I had to brace myself to listen to (those were the days when Madonna was at the height of her power), opened the way to an interesting dialogue between us. I was particularly struck by the Heavy Metal fans, of which my class contained a few. Metal was just beginning to gain a following. It was conceived from the outset as an assault on popular music from a position within it – a kind of subversive rebellion against the norms of weepy sentimentality and gross seductiveness, a reaffirmation of the masculine in a feminised culture. The often psychedelic words, croaked with ape-like Sprechgesang over hectic drumming, the improvised melodies in the virtuoso riffs, often on two guitars in heterophonic conjunction, the irregular bar-lines and asymmetrical measures – all this was like a great ‘No’ shouted onto the dance floor from the jungle. The true Metal fans could talk about its merits for hours, and it amazed me that they had such a precise knowledge of the chords required at every moment, and of the importance of the bass line in maintaining the tension behind the voice. The words, it seemed to me, were pseudo poetry: but it was nevertheless as poetry that they were judged, since the gasping and croaking that produced them were expressly meant to neutralize all expectations of a melodic kind.

Teaching students to judge meant teaching them to listen, and it was never long before their listening extended to the classical repertoire. Jazz enthusiasts had no difficulty in making the transition, but almost all of my students had a problem with the attention span demanded by classical music. Both Jazz and pop are cyclical in structure – the same tune, chord sequence, riff or chorus comes round again and again until it comes to a stop or fades out. Classical music is rarely cyclical in that way. It consists of thematic and harmonic material that is developed, so that the music moves constantly onwards, extracting more and more significance from the original musical impulse. Should it return to the beginning, as in the recapitulation of a sonata-form movement, or the returning first subject of a rondo, it will usually be in order to present the material in a new way, or with new harmonic implications. Moreover, rhythmic organisation in classical music is seldom of the ostinato form familiar from pop. Divisions within the bar-lines reflect the on-going melodic process, and cannot be easily anticipated.

Such features, I discovered, are for many young people the real obstacle presented by the classical idiom. Classical music demands an extended act of attention. No detail can be easily anticipated or passed over, and there is no ‘backing’ – that is to say, no beat to carry you through the difficult bits. (We are all familiar with the attempts to rectify this – Tchaikovsky’s 5th with drum-kit backing, which is perhaps the most painful of all musical experiences for the lover of the classical repertoire.) Among modern composers there are several – Steve Reich and John Adams for example – who cultivate ostinato rhythms in order to reach through all the obstacles to the pop-trained ear. ‘A Short Ride in a Fast Machine’ ranked high on my students’ list of favourites, precisely because it sounds like a jingle of shiny ornaments on a sturdy rhythmical Christmas tree.

My students, I realised, were educating me as much as I was educating them. They were showing me what it was that drew me to classical music, and why the search for that thing is worthwhile. They made me conscious of the thing that my music possessed and theirs for the most part lacked, namely argument. Music in the classical tradition embodies meaning in the form of melody and harmony, and instead of repeating what it has found works on it, extracting its implications, building a life-story around it, and in doing so exploring emotional possibilities that we would not otherwise have guessed at. And musical arguments of this kind invite judgment: they place themselves in the centre of our lives and invite us to sympathise, to find a resolution for our own conflicts in the resolutions that they provide.

Eventually most of my students came to appreciate this. But it was the Metal fans who saw the point most clearly, since their music had been for them exactly what Mozart had been for me, namely a door out of banality and ordinariness into a world where you, the listener, become what you are. And I took comfort from the thought that, at my age, when they had put Metal aside as a youthful folly, they would still be listening to Mozart.