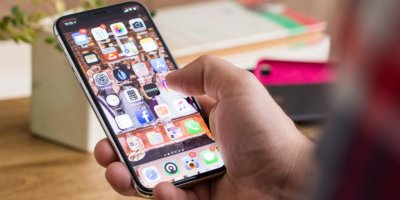 Kids are by nature mean. Smart phones make them meaner. Why? They can’t see the faces and experience the reactions of those they diss. Their “humor” is more cruelly fun than it might otherwise be, because it’s unchastened by empathy. Smart phones work against the emotion that evolutionary psychologists say we need to moderate our selfish struggle for status.

The real comedian, it seems to me, has a particularly humane aversion to cruelty. That’s even or especially true of that funny guy Machiavelli. And an insightful comedian today reminds us that nobody with eyes to see really believes that kids or the rest of us are getting less mean. These might be the toughest times ever not to be smart and pretty.

Smart phones might be said to build a community, but it’s a virtual community of the diverted. They undermine the habits that lead you “to just be yourself and not be doing something.” It’s “the ability to just sit there . . .[t]hat’s being a person.” Why? “[U]nderneath everything in your life there’s that thing that’s empty–forever empty.” What’s “down there” is the “knowledge that it’s all for nothing and that you’re alone.”

That emptiness is often called anxiety; it’s an indispensable part of who we are. Smart phones really keep each of us from, in the authentic sense, being a person. You have to be able to live well with yourself before you can live well with others. The comedian exaggerates when he says that being alone is the whole truth about who we are deep down. But that’s what really funny guys do.

The experience of being alone leads to an inexpressible sadness. Sadness is a big part of life. Kids need to get used to it, be at home with it. It’s part of price of being human, of living in the truth. It’s part of growing up. We want kids to laugh and cry for the best possible reasons.

People kill and maim themselves and others by texting while driving. It’s a risk they embrace in our risk-adverse time, because they’re so convinced that being alone is too hard. (I don’t text while driving, but I do at stoplights, just as I do when [inevitably] feeling alienated and misunderstood at academic meetings.)

So it’s better to listen to music than to text while driving, although it’s a bit dangerous too. (If you try to do both, then texting inevitably trumps listening, and you will be very lucky to get home unscathed.)

Louis tells the story of being moved to tears by the “faraway sound” of Bruce Springsteen and the E Street Band’s “Jungleland.” The experts at Rolling Stone were wrong not to have ranked “Jungleland” as the Boss’ best song. Clarence Clemons (the legendary “big man” on the sax) said in his strange book it was by far his most soulful (in the precise sense) performance, and its artistic excellence came from Bruce making Clarence play his “faraway” part dozens and dozens of times and then taking the best parts from those performances for the record. The care taken to perfect the faraway sound was never so great.

Socrates never would have allowed “Jungleland” to be performed in his just city. Its moodiness is much more subversive that the Springsteen tunes that embrace political causes—all of which are praised (by liberals at least) for their justice. The tune “Jungleland” made Louis so sad that he had to pull over and cry.

The way Louis tells the story—which includes his hilarious imitation of the “faraway sound”—shows us that it’s more than a bit ridiculous that he was so moved. But he was. The song reminded him of his homelessness, of a kind of nostalgia that can’t be reduced to some kind of social or economic or neuroscientific explanation.

Louis was “grateful to feel sad,” because it was a “beautiful” and “poetic” prelude to “profound happiness.” The philosophers say that anxiety is the prelude to wonder about the mystery of being and human being, and so it is right for us to experience that interdependence of misery and joy. Crying even leads to laughing; tragedy and comedy are interdependent. They both help put us in our place as somewhat displaced beings.

A close encounter with that “first bit of sad” scares us enough that “we push it away with the phone or a jack-off or the food.” Our addiction to the screen leads to being compulsively lost in a fantasy divorced from the real experiences of life. It’s part of a mediocre life in which you’re never “completely sad or completely happy.” Life is the “kinda satisfaction” that comes with being the consumer of products, such as video games. “[T]hen you die” without having been moved to thought by birth, self-consciousness, or death.

So Louis concludes that if we’re preparing kids to live we have to just say no when it comes to the smart phones. In the most important respects, they’re making all of us stupider. We’re not raising them, Louis reminds us, only to be happy.

We ought to be suspicious of any techno-innovation aims to deprive us of our “sad moments,” from screens to mood-enhancing drugs to biotechnological efforts to bring tragedy to an end. As Walker Percy (a writer admired by the early Springsteen) wrote, we have a right to our anxiety.

So comedians laugh and cry more than most of us. And Louis kept his audience laughing while talking about crying. It just occurred to me that I failed to do that for you. That’s no doubt because I don’t have a video component to my message, and because I, unlike the comedian, didn’t draw much of anything from my personal experience. I hope I at least gave you a prelude to laughing.

This was originally published with the same title in The Imaginative Conservative on October 10, 2013.

A Brief Reflection on Thomas Paine

Whither the Growth of Freedom in China? A Postscript to China’s Quest for Liberty